A solar farm sale in New Jersey tells us everything we need to know about solar energy schemes, green eggs and scam and the real value of green energy.

A good friend and guest blogger here sent me a link yesterday to a post at EnviroPolitics that reveals some of the sorcery behind solar energy. The editor of that journal, Frank Brill, is a big fan of solar energy and ran what appears to be a news release from Cushman & Wakefield about their role in a 49-acre Warren County solar farm sale for $3.5 million. I’m would imagine Frank thought this sale was evidence of the growing value of solar and that’s why he published it. But, it demonstrates the opposite. 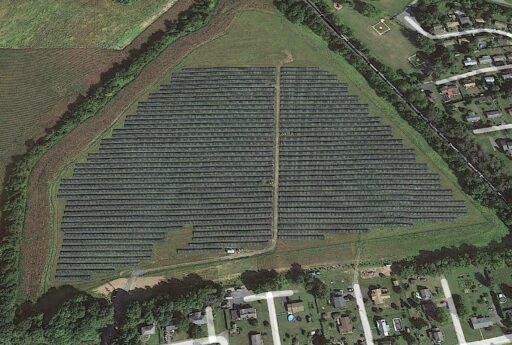 According to the release, which appeared in several places, these are the facts of the solar farm sale:

The 10-megawatt solar farm, installed and operated by NJR Clean Energy Ventures III, sits on 49 acres just off Exit 3 of Interstate 78 in Pohatcong.

The property is fully leased to NJR, a subsidiary of New Jersey Resources Corp. and the largest owner-operator of solar farms in the state, Cushman & Wakefield said.

“Considering the enormous barrier to entry and the fact this site took 10 years of planning, negotiating, and constructing to ultimately come online in January 2020, it’s no surprise that we saw strong interest in the I-78 Solar Farm,” Schwartz said.

No information is provided on the buyer, the Turner Group, and there are several entities by that name operating in New Jersey, but it’s safe to assume the buyer invested for the sake of earning a return on its $3.5 million. But, here’s the thing. There was clearly no return for the seller.

That’s because a 10 megawatt facility costs a capacity-weighted $2,544 per kilowatt (that’s $25,440,000 per megawatt for those of you who live in never-never land) to build before considering the value of the land. Do the math and the seller probably put something on the order of $25 million in this 10 MW facility that will only generate power about a quarter to a third of the time and still require 10 megawatts of natural gas fueled power generation available as backup at all times.

The land the facility sits upon is worth at least $16,000 per acre in a vacant condition based on comparable sales in the immediate vicinity (two parcels totaling 57.9 acres sold in 2016 and 2018 for an average of $15,976/acre), so if we deduct that from the sale price we are left with $2.7 million or so, which represents a likely return of capital in the range of 10-11¢ per dollar.

It’s probably a lot less given the 10 years of time it took NJR Clean Energy Ventures III to get the project done, but let’s just go with 10¢ on the dollar. This is the real hard core value of the finished project produced by this solar farm sale. Everything else is phony money with Phil Murphy’s picture on it. Murphy, of course, is the second Goldman Sachs guy out of the last three governors elected by Garden Staters and he knows green eggs and scam inside out. Moreover, Murphy and Corzine (the other Goldman Sachs governor) were separated by a pompous buffoon whose favorite activity was selling out every friend and principle he ever had when he wasn’t saving the solar industry.

If you read that link you’ll see it’s all a shell game. Oh, yes, the good people at NJR, which is primarily a natural gas supplier, will surely pretend it makes economic sense to sell an asset for 10¢ on the dollar. They’ll talk about Renewable Energy Certificates (RECs), SRECs, tax credits and every other form of direct and indirect subsidy that arguably makes this a smart financial decision for NJR. It may well be so on paper, of course,  because they have no choice but to participate in a pay to play rigged market where renewables are forced onto them to be able to sell natural gas.

That’s how the other 90¢ of this solar farm sale deal was covered and it’s all your money, one way or another; rent grabbed from the government to allow true green believers to signal their virtues but, much more importantly, to make a pile of real money on green eggs and scam for the likes of big money firms invested in selling green bonds and the like. Solar farms make no economic sense whatsoever but they are being forced on all of us to benefit a very few, using unsettled global warming as the excuse. It is disgusting corruption and this solar farm sale at 10¢ on the dollar proves it.