Susquehanna County landowners Edwin and Helen Mead have witnessed a renaissance as natural gas has helped them save their homestead and others prosper.

Landowners Edwin and Helen Mead credit the natural gas industry for helping them keep their Bridgewater Township, Susquehanna County homestead and providing them enhanced opportunities. While they’ll admit they were growing weary of the hard work associated with maintaining a farm, their decision to retire in 2010 was primarily a monetary one. 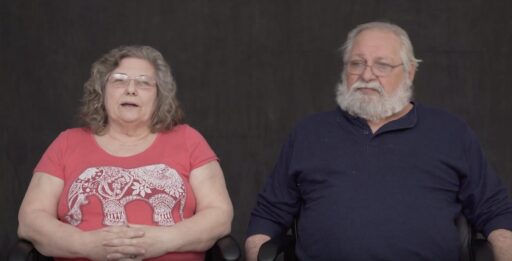 “The farms were basically idle. It was a losing proposition,” Edwin remembers. “Farming was already a dying industry by that time. Whereas you used to have 30 or 40 dairy farms, you had one or two, maybe.”

He and his neighbors were facing the prospect of selling off their lands to the lowest bidders just to keep their homes. Edwin and others along the northern tier had long supplemented their incomes with work at businesses just over the border in New York, but the factories there had begun shutting down too.

When the Landman from Cabot Oil & Gas Corporation came knocking, they were ready to listen, even though friends and family living in other gas regions of the country warned them to be wary. It was a Cabot Landman, however, who explained to the Meads how things might be different in Susquehanna County and made them more comfortable with the proposition.

“One of them told me that this area was unique compared to where he had worked in the midwest in that people here own their land and the gas rights,” Edwin related. Mineral rights had been bought up as long as a century ago in Texas, Oklahoma and other oil-rich states, he learned. “Out there, a few got rich, and the rest of them just lived with it. Here, everybody gets to share a little.”

Drilling on the Meads’ property started in 2013, resulting in three active wells in the first round. Their relatives in the vicinity shared similar experiences. In the past year, Cabot has returned to start six new wells on the Meads’ land.

Edwin and Helen admit that they may be somewhat unique in their fascination with the processes. Their retirement afforded them the time to take an active interest in how their land was being reshaped in preparation for the extraction of the valuable resource over which they’d toiled for so many years.

“Cabot did a beautiful job building the pad. I loved meeting the people and enjoyed having them there,” Helen recalled. “I love baking, so I would take them zucchini bread.” The workers also expressed to the Meads how much they enjoyed working in the area, the culture, and the friendliness of the people.

They also agreed that Cabot’s transparency was comforting. “When you asked a question, they would answer. That’s the important thing,” Edwin stated. “They’ve always been upfront with us.” Equally important to the Meads was how the investments by the gas companies started paying off for the landowners.

“There are a number of people and cases that we know of for whom the royalties have helped them get through some difficult times. With the gas money, they were able to keep going,” said Edwin. While the farms remain inactive in the sense of being used for livestock or crops, the Meads are satisfied that their land maintains a production value. In addition to helping to keep the taxes on their properties paid, Edwin says that the royalties have assisted people in paying medical bills and takes the place of pensions that were all but nonexistent in the existing workforce. There were also many new good-paying positions to be filled. 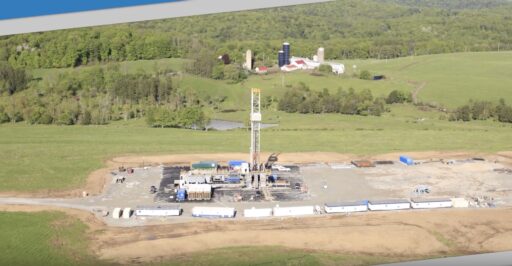 “It was nice to know that people who didn’t have jobs had somehow found employment through the gas industry,” Helen noted. “It made their lives a lot easier. I think it has helped a lot of people.”

“A lot of the jobs are through subcontractors who hire a lot of local people to do the physical work,” Edwin added.

Helen feels that the overall economy in Susquehanna County was legitimately depressed prior to the arrival of the gas companies. “When Cabot came in…Boy, it was really blooming around here,” said Helen. “It seemed that people were happier, and businesses were benefiting from it.”

Additionally, Susquehanna County got a new medical facility, and municipalities have been able to upgrade infrastructure without burdening taxpayers.

“The new hospital is a modern facility in a rural area. They have a lot of equipment they never had before,” Edwin related. “Act 13 money has gone to the county and townships, who have purchased equipment and improved their buildings.” The latter is a reference to the annual disbursements by the state’s Public Utility Commission of taxes – aka “impact tax” – collected from gas companies doing business in the region.

The Meads admit that it sometimes makes them laugh when people outside the area make assumptions about what it must be like to live in active gas fields.

“A lot of it doesn’t match what we are seeing here,” Edwin said of the often derisive rhetoric. “Is it because of the different companies? Who knows.”

“I think that they are surprised to hear how accommodating they are,” added Helen, noting that Cabot’s employees and their subcontractors are respectful of where they park their vehicles, and the movers of heavy equipment and water are patient with and courteous to the Meads and their neighbors.

The entire experience has been largely positive for the Meads, but they are most satisfied with the good fortune that the natural gas industry has brought to the county. “A lot of people went from rock bottom to a normal type of living,” Helen stated. “I wish everybody could have that.”