The Absolute and Amazing Futility of New York Energy Policy

A major theme of my blog is analysis of New York energy policy as it relates to climate change.  I have found that at the conclusion of every such post I am tempted to include an overview of my conclusions of the reality of the policy.  This post is a reference for three fatal flaws in the arguments used to justify those policies. 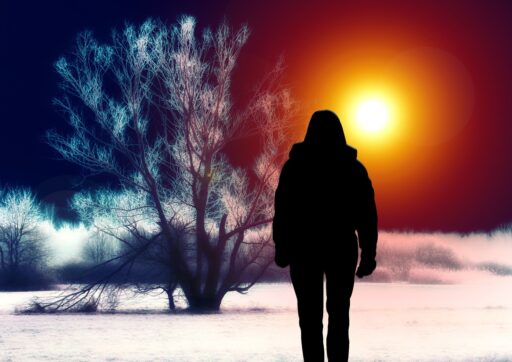 New York energy policy is akin to the relentless pursuit of a setting sun in the cold of winter.

I am a retired electric utility meteorologist with nearly 40 years experience analyzing the effects of meteorology on electric operations. I believe that gives me a relatively unique background to consider the potential quantitative effects of energy policies based on doing something about climate change.  The opinions expressed in this post do not reflect the position of any of my previous employers or any other company I have been associated with, these comments are mine alone.

My biggest concern is that I am convinced that the general public has no idea what is going on with these energy policies and the possible ramifications.  My posts on New York energy policy are here.  I have described the reasons I think catastrophic anthropogenic climate change is unlikely  here and tried to explain to the layman why their direct experience should guide their opinion on global warming here. I have written a series of posts on the feasibility, implications and consequences of New York’s  Climate Leadership and Community Protection Act (CLCPA) which was described as the most ambitious and comprehensive climate and clean energy legislation in the country when it was passed.

The remainder of this post describes three fatal flaws that could be included in the conclusion of all of my posts on the CLCPA.

New York State energy policy is based on the following: “climate change is a reality”, “our future is at stake”, and “That’s why New York State is committed to the most aggressive clean energy and climate agenda in the country”.  The presumption is that the 97% climate consensus that climate change is real means our future is at stake.  However, the consensus that matters is whether 97% of the scientists who have relevant background and experience are very worried about climate change.

A survey of members of the American Meteorological Society (AMS) showed that while two-thirds of those who responded believe humans are causing a majority of recent warming only 30% are very worried about it. Fully 40% of AMS members believe climate change impacts have been primarily beneficial or equally mixed between beneficial and harmful. Only 50% expect the impacts to be entirely or primarily harmful over the next 50 years. These results do not support the basis of massive changes to New York energy policy.

Further support of the rationale for committing to the “most aggressive clean energy and climate agenda in the country” is found in New York’s description of potential effects of climate change. The CLCPA notes that sea levels along New York’s coastlines are approximately one foot higher than they were in 1900.  The New York Department of Environmental Conservation adopted 6 NYCRR  Part 490, Projected sea-level rise projections for five probability categories ranging from low to high.

The problem is that the high-risk category projection of six feet rise by 2100 that garnered attention from the media is more properly labeled as virtually impossible.  In order to project future impacts, modelers have to simulate the climate changes due to greenhouse gas concentrations and project what those concentrations will be based on future emissions estimates. The problem is that the worst-case impacts rely on a future emissions scenario that was not intended to be plausible but it does make for the scary story needed to justify New York’s  “most aggressive” energy agenda.

Ultimately, however, the reality of climate change and future impacts does not matter if the proposed actions have no impact.  New York State started consideration of greenhouse gas reduction programs in 2003 when the discussions of the Regional Greenhouse Gas Initiative.  Since then there have been multiple regulations, rules and other initiatives but the State has never quantified how much of a global warming reduction could be expected as a result of their programs.

New York’s politicians constantly claim that their energy policies have scientific support and they typically lean on the popular conception of an overwhelming consensus that the observed warming is necessarily bad.  In reality most scientists believe humans are causing some warming, but only a minority are very concerned about it.  The catastrophic impacts touted as proof that something needs to be done invariably rely on a future emission projection scenario that is so unlikely that it is inappropriate to use for policy decisions.

Finally, if the problem is global warming then it logically requires a global solution.  The reality is that New York’s possible impact on global warming is too small to measure and would have effects that could not conceivably alter any of the purported catastrophic impacts.

The Public Service Commission has statutory obligations to ensure the provision of safe and adequate service at just and reasonable rates. Based on my work I believe that it is only a matter of time before it becomes obvious that New York’s virtue signaling energy policies will negatively affect that obligation in the form of higher rates and decreased reliability.  Until such time as the State proves they can provide reliable energy when and where it is needed relying primarily on renewable energy, we cannot even estimate costs.  This reckless endangerment of one of society’s necessities will end badly.