[Editor’s Note: The Green Bad Deal being promoted by Joe Bumbling Biden is already taking place in New York State and it’s a financial disaster for the poor and middle classes.]

The lessons of $4.00+ per unit of gasoline, fuel oil, natural gas and propane are here. The only question is how big the price will go. If Biden has shown us anything it’s what happens here at home when you give up or stop pipelines, or drilling for fossil fuels. It’s simply “no soup for you!” 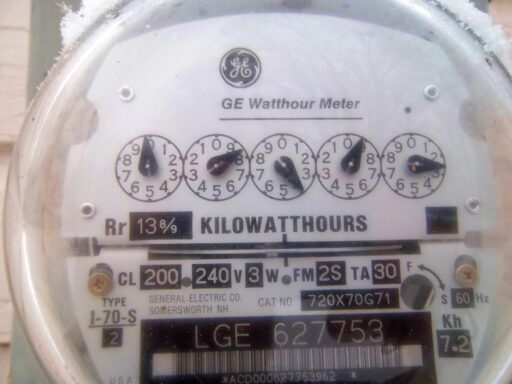 The cost of every commodity we need goes up as in relation the cost of transport of these goods to market. The lesson is simple, “Give up fuel independence for the Green Bad Deal and the nation’s poor and middle class will suffer the consequences both in cost and services.”

It is, in fact, the poor and middle classes who always pay for the bad ideas and mistakes of the wealthy. The Green Bad Deal is a very bad idea as the Energiewende-enabled Russian attack on Ukraine has shown. The way government responded to COVID with lockdowns was a huge mistake. But, the wealthy have gotten much richer from both.

Now is the time, as polling shows us that 65% of the USA is now in favor of drilling and pipelines. Now is the time states such as Texas and Pennsylvania must lead and show just how much energy we can produce here in the USA. Now is the time minority party politicians in states such as New York must stand up and do their jobs by speaking out against the tyranny of politically corrupt governors such as Cuomo who keep us from drilling.

Yes, the polls are now in favor of fossil fuels as the nation knows because they see it first hand in their utility bills and at the pump, the costs associated foolish solar, wind, fracking resistance, pipeline obstruction, being reliant on foreign fuel and other politically correct but insane policies. The green goblin has taken the food, fuel and so much more from everyday citizens.

Meanwhile, we’re bing taken for fools by China and Russia as we pursue this nonsense and pretend we can power our country with unreliable renewables that aren’t green in any respect. A brand new 120 acre solar farm on my road, for example, has been covered in ice and snow for a week and producing absolutely nothing in the way of energy, which means the energy I actually use in the meantime has to be obtained from fossil fuels or nuclear. That’s way it works; solar is only feasible if we have duplicative systems to back it up and, thereby, double our costs.

Who thought that was a great idea? The stupid conniving politicians who want to take credit for being green, of course and the companies who look to make huge profits off electric bill payers and taxpayers for the subsidies required to make it all look real when it’s really as phony as a $4.00 bill. But, the $4.00+ bill I’m getting for every gallon of gasoline is as real as could be. So is the $480 NYSEG bill I just received for electric service alone with no heat. We are living with the worst leadership imaginable.