Andrew Cuomo recently bragged on creating a new home for the New York Islanders but it depends on natural gas the NESE pipeline project would deliver.

A news outlet called Spectrum News NY1 carried a fascinating story yesterday about the New York Islanders. Don’t stop reading because you’re not a hockey or New York Islanders fan; this is a natural gas story, too. And, it highlights what can only be one of three things: 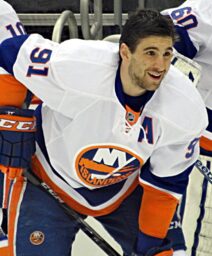 The story can be found here. It effectively lays out the case for the NESE pipeline project, although perhaps not intentionally. As most readers know by now, the project is a series of upgrades and new pipeline installations that will deliver Marcellus Shale gas to the greater New York City area to help alleviate natural gas shortages in the City, Westchester County and on Long Island. Those shortages have caused moratoriums on new gas connections in these areas and may well end up denying the New York Islanders a new home promised by…Governor Cuomo.

Yes, in December, 2017, New York’s shameless leader promised the New York Islanders a new 18,000 seat arena in Elmont, New York, just east of the City on Long Island and next door to Belmont Park, where horse racing’s Triple Crown must be won. Reportedly, it will include “a mixed-use entertainment complex” that will include, not only the arena, but a 435,000 square feet of retail, dining, and entertainment village; a large hotel; and offices.

It turns out, though, Cuomo promised what he cannot now deliver if he does not allow his DEC to issue the water quality certification for the NESE pipeline project. That’s because “National Grid, which services the area, has told stakeholders that without more energy in the form of natural gas being piped in, it cannot guarantee service to meet the project’s energy needs.”

The article goes on to quote some Food and Water Watch blather financed by the Rockefeller family and other snobs who wouldn’t be caught dead at a hockey game, of course. The point is very effectively made, though, that Cuomo has a difficult choice to make no; fulfill his promises to the New York Islanders, the New York Public Housing Advocates and others seeking housing and economic opportunities or sell what’s left of his soul to gentry class environmental special interests and their useful idiots among the true green believers.

Yes, it’s the common man who likes hockey and a warm house versus the morally preening rich with investments in green energy scams. Cuomo says the NESE water quality certification decision is “in the hands of DEC,” That, of course, is a laughable lie to anyone with half a brain; Cuomo treats his DEC as a wholly owned subsidiary of Cuomo for President, Inc.. What will he choose to do? Side with the hockey fans, trade unions and public housing residents or burnish his reputation for slavish devotion to his gentry class masters? If the latter, he proves he’s either America’s dumbest or most duplicitous governor.