The Seven Elements of Our Odious American Oligarchy

We are now living under an odious American oligarchy, the seven elements of which are rapidly being revealed to anyone paying attention.

The fracking wars and the climate debate, combined with big tech machinations, politics and a corrupt Wall Street, have, over the last decade or so, at first slowly and now furiously fast, revealed a perfectly corrupt American oligarchy of global reach. It is a public/private plutocracy, the members of which come from but a handful of super-wealthy families.

This oligarchy already controls some of the most the basic elements of our civil society—from communications to finance—and seeks control over our energy, health and all the rest. There are no longer any limits to its aspirations of controlling not only our actions, but also our expressions and thoughts. Nothing about us, in fact, counts as our own with them.

There are seven clearly identifiable elements of this American oligarchy:

The GameStop fiasco illustrates what Wall Street is today in far too many instances; a board game that has zero to do with capitalism or investment. I’m not talking about short selling of a company’s stock in hopes of making a profit on the downside. That’s serves to force companies to do better financially and helps ensure a stock price reflects real value.

But, when hedge funds sell 40% more shares than even exist in a company in hopes of artificially destroying it and profiting from the destruction, that is anti-capitalist in the extreme, irrespective of the absurd system making it legally possible. It is a fraud perpetrated on small investors and the company itself.

deleting massive numbers of complaints about RobinHood. And, an SEC commissioner complained about the small investors had turned the tables on the hedge fund gamers

The GameStop episode, in other words, was largely about the American oligarchy protecting itself. The hedge funders, with the tables turned on them, were able to limit the damage by going to fellow oligarchs at RobinHood, Google and the SEC, but all these parties had, theretofore, been allowed to do whatever they wished. The game was rigged to undermine true capitalism and reward those who would destroy it with glee.

The real division in Congress isn’t between Democrats and Republicans. No, it’s between Main Street and Wall Street and there are damned few speaking for the former. The vast majority of politicians in both parties speak for Wall Street and its friends. Consider two examples.

First, there is the inaction regarding Big Tech’s abuse of its legally protected rights under Section 230 of the Communications Decency Act; freedom from liability for its speech if it is merely aggregating the speech of others. Big Tech has ignored the aggregating part by increasingly censoring views it doesn’t like, going so far recently as to destroy anyone offering competing views.

It’s a situation crying out for reform and there’s extensive talk among both Democrats and Republicans about the need for the reform, but literally nothing is being done. Why? Almost  half the Senate received contributions from Facebook, Google and Amazon in 2018. Big Tech is now part of the American oligarchy. No politico wants to offend them and every politico wants to preserve their own propaganda outlets. The need isn’t for regulation of speech but, rather, the insurance such speech will be preserved if Big Tech wants continued Section 230 protection.

A second example is offered by the COVID response. Uni-party politicians have been all to willing to accept restrictions of dubious value on Main Street businesses while letting Wal-Mart and Amazon scarf up the opportunities to score big. Almost everything about the COVID response has been detrimental to Main Street, but those who are members of the American oligarch have benefitted for the most part, because the uni-party has protected them first and foremost.

Elon Musk has his virtues (e.g., leaving California for Texas, calling out Facebook) but the Buffalo Billion debacle gave proof that he is, above all, a crony corporatist. He has bilked billions out of taxpayers to finance virtually everything he’s done. He’s done it by cozying up to thugs such as Governor Andrew Cuorruptocrat to secure public wealth with which to employ his cousins and accrue his personal stash. He has used taxpayer subsidies to create a market for Tesla vehicles purchased by virtue signaling hipsters who don’t need subsidies.

He’s accomplished this by parlaying “the vision thing” and using it as an invitation to sell self-promoting politicos on the idea that throwing money at him will make them appear to be leaders. His charm offensives are catnip to the Cuomo types who imagine being on the cutting edge of policy requires them to court disaster. Demagoguery requires foolish causes, after all, and Musk seems to know exactly how to pull off the con.

Crony corporatism of this nature is everywhere today. Washington D.C. is filled with corporate lobbyists looking to extend renewable loser rewards. Congress just gave “a two-year extension of the Investment Tax Credit for solar power, a one-year extension of the Production Tax Credit for wind power, and an extension through 2025 for offshore wind tax credits,” in fact. Capitalism has been replaced by crony corporatism where profits come not from innovation and management but, rather, how much one can steal from taxpayers by sauntering up to politicians only to happy to spend other people’s money. It’s the way of the American oligarchy today.

Apple, Google, Facebook, Twitter and Amazon are but five companies. Yet, they are now arguably controlling the bulk of what happens in this country. They dominate communication. They are integrally involved in politics and policy. They determine the fate of vast numbers of businesses. They are spying on every American and have the data to direct almost any American down any path they desire. They’ve made a mockery of free speech. They represent over $3 trillion dollars of value, almost 10 times that of Walmart, which is the largest revenue producer in the nation. Their leadership is the epitome of the American oligarchy and they are an obnoxious lot.

BIg Tech is also a partner with every other member of the American oligarchy. They have sided with the uni-party in shutting down conservative talk. They have conspired with one another to do so, in fact, killing Parler for the moment while allowing the vilest imaginable appeals to violence from the favored few of the authoritarian left and its unholy allies. They have protected the anti-capitalist Wall Street manipulators, as they ironically did for RobinHood. They are also crony corporatists themselves, as we learned when Google grabbed gobs of our money for its uneconomic environmental disaster by the name of Ivanpah, which couldn’t even exist without natural gas. 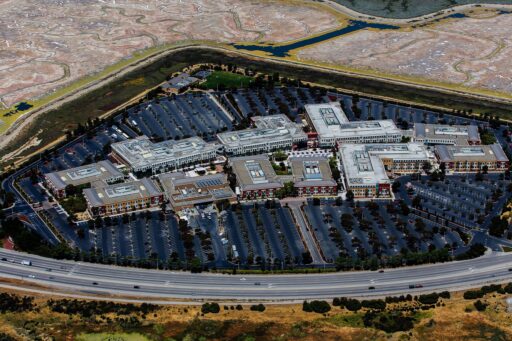 It’s not hard to pick on celebrities. Their utter shallowness and sense of guilt at having, in their own eyes, done so undeservedly well drives them to do incredibly hypocritical and, frankly, stupid things. Leonardo DiCaprio jets around the globe living a life of luxury as an apostle of the global warming religion and wears his hypocrisy on his sleeve as a sign that he’s so important that he is above the rules. Mark Ruffalo flaunts his taking of $40,000 in subsidies to build a silly solar system at his second home in Sullivan County, New York, grabbing dollars from the rest of us to pay for something he wants us to think he believes in. Yoko Ono protests fracking from the comfort of a $20± million gas-heated apartment.

There are also the trust-funders who have the same guilt problem as these celebrities. Take Sarah Lutz, for example, a supposed artist of extreme wealth who perennially shoved millions at Pam Solo, a former nun, to finance the activities of several regional fractivist groups organized to portray themselves as grass-roots opposition to oil and gas. And, of course, there is Tom Wolf, Pennsylvania’s snooty trust-funder governor, whose idea of engagement with others on subjects of policy is to remind them how much smarter he is than them as he insists it’s his way or the highway. Look no further than his latest (seventh) severance tax proposal for the evidence. Tom Wolf is American oligarchy personified, albeit a junior member.

Exposing the politics of wealthy tax-exempt foundations has been a particular focus of this blog. Therefore, I won’t dwell on it here except to remind readers of some of worst cases. The Rockefeller foundations are without parallel, of course. They finance the NRDC, the entire #ExxonKnew campaign and Big Green everywhere. They are engaged in land scams to make a wilderness of Upstate New York reserved for their own enjoyment. They finance the Fractivist Rasputin, Jay Halfon and the 350 shades of phony Bill McKibben.

Then, there is the Park Foundation, which is linked to the Rockefeller groups and several others through Jay Halfon. They financed one junk science study after another, supported platforms for Tony Ingraffea and Walter Hang and otherwise ensure Governor Cuorruptocrat killed fracking Upstate.

There is also the William Penn Foundation, which compromised the Delaware River Basin Commission by simultaneously funding it and the Delaware PovertyKeeper (a/k/a Riverkeeper) that was then suing the DRBC. Together with the Heinz Endowments, it also funds PennFuture, the Clean Air Council and their echo in the form of StateImpactPA. These Pennsylvania twin foundations have acted as a vise intended to squeeze out any opportunities ordinary residents of the Commonwealth might enjoy from natural gas development.

Finally, there is the Sea Change Foundation created by Nathaniel Simons, who would appear to be invested in solar energy. It funds the Energy Foundation, a solar PR machine and an attack dog against natural gas.

I am referring here not to other wealthy foundations, but, rather, groups financed by them and oftentimes even government. Examples of NGOs are the World Economic Forum and the Bilderberg Group. These tend to be trend-setting, informal policy making entities speaking for the American oligarchy as well global elites. Eric Schmidt, one of the Google founders has been a member of the Bilderberg Group. So has Amazon founder and Washington Post owner Jeff Bezos. Two Apple executives, three Amazon officers, five from Facebook and seven from Google are also delegates to the World Economic Forum. Get the idea? These groups are cabals intended to facilitate elitist collusion.

These seven elements of the American oligarchy, united by their condescension for the common man, reflect the terrible reality of Western Civilization today. It has effectively surrendered to a combination of corruption and cultural Marxism, which is why we’re now hearing so much about “The Great Reset” they aspire to accomplish. By “reset” they mean replacing capitalism with a blend of corporatism and socialism. Call it Mussolini redux.

So, what do we do about it? Resist, of course. How? By returning to our roots in faith and family while fearlessly speaking the truth at every opportunity. And, learning to “live not by lies.” It’s the simplest thing, but also the hardest. It means changing social media or getting off it altogether, running for local office, calling out corporatism, challenging tax-exemptions, exposing corruption, accepting the fact we’ll be called vicious names and ostracized by elites, attending protests, disagreeing with friends, boycotting products, telling the producers why and fighting back with the tools we have in Gamestop fashion