The White House statement released to the Ohio media: 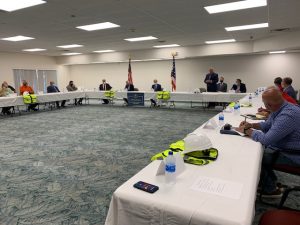 “President Trump has ended the war on American energy and delivered on his promise to achieve a new era of energy dominance. The President remains committed to the success of the Ohio Petrochemical Complex Project and the continued development of the Appalachian region’s natural gas resources. This project and others will enhance American energy security, create thousands of jobs and spur economic development in a region that was devastated by the destructive job-killing policies adopted by the previous administration.” Kayleigh McEnany, Assistant to the President and Press Secretary.