Pennsylvania Governor Tom Wolf vetoed the state legislature’s bill that would prohibit new taxes without legislative approval and ordered his staff to continue with the implementation of the state joining the Regional Greenhouse Gas Initiative (RGGI) in 2022. 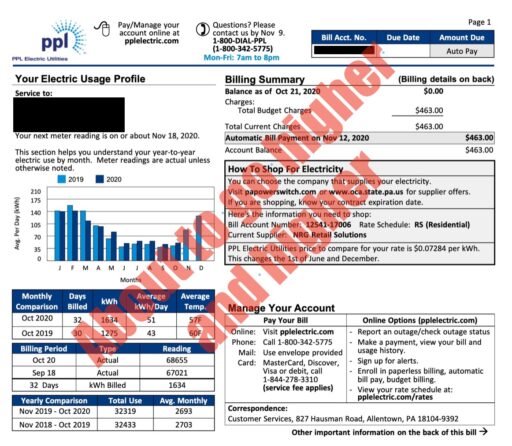 RGGI is a coalition of Northeast and Mid-Atlantic States that agreed to use a “cap and trade system” to reduce carbon dioxide emissions from the electric generating sector. A cap is placed on the amount of carbon dioxide that can be emitted from electric generators (i.e., coal, oil, and natural gas generators). Electric utilities that emit more carbon dioxide than their assigned cap must purchase allowances at an auction to offset their excess emissions. The cost of the allowances is essentially a tax that increases the electricity bills of the residents in the participating states. The Pennsylvania Senate did not have the votes needed to override the governor’s veto.

Governor Tom Wolf estimates show the tax from selling the allowances at auction would garner $2.36 billion over the next decade. Pennsylvania energy consumers would have to pay this additional cost through their electricity bills.

Pennsylvania currently gets about 60 percent of its electricity from fossil fuels. Despite that, the state has decreased its carbon dioxide emission by 33 percent since 2009 by switching from coal to natural gas because of low natural gas prices from the use of hydraulic fracking. Horizontal drilling and hydraulic fracturing have made Pennsylvania the nation’s second largest natural gas producer.

Pennsylvania sits atop of the Marcellus Shale that runs from upstate New York to West Virginia. In the mid-2000s, drillers applied hydraulic fracturing techniques, opening up Pennsylvania’s natural gas resources. The Marcellus Shale contains an estimated 84 trillion cubic feet of natural gas, making it the largest natural gas field in the country. Utica Shale, another large shale formation, also runs beneath Western Pennsylvania. Hydraulic fracturing enabled drillers to reach the natural gas trapped in the shale quickly and cheaply, creating tens of thousands of jobs in the shale, pipeline, and petrochemical industries.

A ban on fracking could cost the state over 600,000 jobs over the next five years, along with a $261 billion reduction in GDP. In addition, the ban would increase the cost of living by $4,654 per capita for goods and services, while reducing household incomes by about $114 billion. Eliminating natural gas drilling and production by other means would likely have similar impacts.

Other Alternatives to Increasing Renewable Energy

The state also has a bill that promotes community solar that has not gotten out of committee, but was written to garner bipartisan support.  It is not clear if any solar panels are manufactured in Pennsylvania, although a list of solar businesses in the state includes one.  That one, however, has a website name which is for sale. Therefore, it appears that any increase in solar installations in Pennsylvania will rely upon outsourcing the production from the state. China is by far the world’s biggest producer of solar panels with a 73 percent market share. Eight out of the world’s top 10 solar panel makers are Chinese.

Pennsylvania Governor Tom Wolf wants the state to join the RGGI despite the higher electricity bills that will ensue for the state’s residents as utilities buy allowances that allow them to emit carbon dioxide. The state’s legislature tried to stop the state’s entrance into the RGGI but Governor Tom Wolf vetoed the bill. Residents of Pennsylvania will see higher electricity prices as the current 10 RGGI states have prices that are 50 percent higher than those of Pennsylvania. Pennsylvania has been reducing its carbon dioxide emissions from the generating sector by switching from coal to natural gas and at the same time providing lower electricity bills to its residents. That resulted from market forces working. Any time a mandate is used, prices will increase.