Totalitarianism Ascends As Civil Society Withers on the Vine

Totalitarianism has arrived and free speech is being erased by the actions of an unholy alliance of news organizations and a corrupt government and plutocracy.

Whoever thought it would get this bad this quickly? Sunday morning we learned Southwest Airlines pilots had exercised their power not to work as a way to strike back at the airline’s spineless acquiescence to Joe Biden’s tyrannical vaccination mandate. The entire world immediately knew precisely what was happening because the pilots union simultaneously sued over the same issue. By yesterday morning it was over, the pilots having loudly made their point, and the lying began. Biden’s team, Southwest management and major media all peddled a humongous lie; that the cancelling of hundreds of flights had been because of weather that impacted no other airline and that caving to the Biden mandate had nothing to do with it. ABC News told me so and when I heard this carefully coordinated and orchestrated lie from a corrupt government, sycophant press and subservient business world I knew totalitarianism had finally arrived. We have, as Franklin feared, not been able to keep the republic. 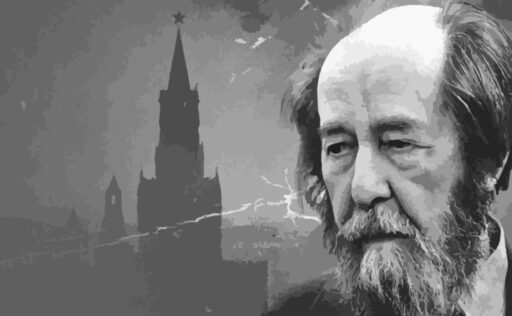 This kind of charade is exactly what happens in all instances of totalitarianism; the press is the servant of government and business lives off it. It’s what Solzhenitsyn wrote about when he counseled others not let the lie come into the world through themselves. Lies, though, have come into our world in a big way recently. Our government, our media and those businesses only out to grab what they can from government or acting in fear of it acted in concert yesterday to tell others not to try what the pilots did in exercising their power. They know the constructs of totalitarianism they have erected are threatened with collapse if other ordinary people realize what power they have. Acting out of their own fear, they attempted to perpetuate a massive lie absolutely no one believes.

Protecting this lie is necessary to totalitarianism because so many other lies no one believes have been told and must be protected; lies such as these:

This is the situation we are in now. Totalitarianism is here. Want to say something to your school board? Forget about it. The Attorney General says you’re possibly a domestic terrorist. Simply trespass on the grounds outside the Capitol Building, normally a misdemeanor, and you’re hunted down as an insurrectionist and thrown in jail for almost a year with no trial as political prisoner, just like it was in Stalinist Russia. Question global warming gospel and you’re marked as denier using what is all but eliminationist rhetoric intended to dismiss you from any and all debate as a deplorable. Put out information about Ivermectin from reputable sources and you’re essentially thrown off the platforms, despite the fact it’s your testimony to Congress.

Is there any remedy? Well, yes there is and, once again, Solzhenitsyn provides the essential insight:

Human nature is full of riddles; . . . one of those riddles is: how is it that people who have been crushed by the sheer weight of slavery and cast to the bottom of the pit can nevertheless find strength in themselves to rise up and free themselves first in spirit and then in body while those who soar unhampered over the peaks of freedom suddenly lose the taste of freedom, lose the will to defend it, and, hopelessly confused and lost, almost begin to crave slavery?

Where are we in this riddle? Are we those who have lost the taste of freedom and now crave slavery, or are at the bottom of the pit that is totalitarianism and ready to rise up and free ourselves in spirit and body. That is the question.