Travel? You Want to Travel? Show Me Your Papers!

Travel? You Want to Travel? Show Me Your Papers!

[Editor’s Note: Our right to travel where we want is under attack by those who would make us serfs and restore feudalism, which is one of the primary goals of our ruling class.]

Anyone who’s seen “The Perfect Storm” knows that events can combine with tragic results. Anyone who’s familiar with the Reichstag Fire knows that evil takes advantage of circumstances and since history really does repeat itself, parallels that might not be immediately obvious need to be recognized.

Consider “climate change,” successor to “global warming” which itself followed “global cooling.” Search for that last term and many of the results will be articles explaining it away or dismissing it outright with a sneering condescension; global cooling is old-time thinking that’s been proven wrong, global warming is unimpeachably right. 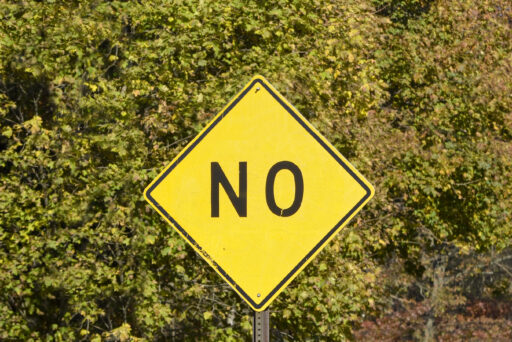 If those who demand “green” energy at the expense of natural gas, oil and coal have their way, “no” is going to become a very big part of the language as personal freedoms are eroded out of existence.

In other words, “we’re smarter now than we were then,” which is (we hope) true, but in this context, it doesn’t acknowledge the possibility that we’ll be smarter yet in the future and might therefore determine that global warming is old-time thinking easily proven wrong.

Name-calling is the fate of all but The True Believers as climate change is a dream come true at last for the far left and those supporting the far left for their own reasons of power, wealth or self-importance. Charges that the less-certain are promoting conspiracy theories tend to become hollow when faced with actions such as one by our friends across the pond at the Oxfordshire County Council in England.

The definitions section of the council’s plan for traffic filters should be sufficient to raise concerns about its stated reason for limiting individuals’ personal travel as “private cars will not be allowed through the traffic filters without a permit.” By doing so, the filters will “help tackle climate change, reduce local air pollution and improve the health and wellbeing of our communities.”

Scofflaws are warned that “automatic number plate recognition (ANPR) cameras will monitor the traffic filters.” That’s not a lot different than “your papers, please” and even the stated reasons for the filters don’t dispute that limiting of personal travel is the goal. After all, electric vehicles are claimed to be emissions-free and partial-zero-emissions internal-combustion vehicles are out there; “we’re smarter now than we were then” is as valid in reference to cars as it is to climate, so it’s not unreasonable to expect the partial-zero-emissions vehicle to one day become a zero-emissions vehicle.

With that in mind, the climate-change, air-pollution, health and “well-being” arguments fall apart rather quickly since existing vehicles should be emissions-free or almost-emissions-free and thus produce minimal negative impact. The story of the Reichstag Fire’s Communist origins fell apart, too.

The desire to control has, of course, expanded almost as quickly as COVID-19 spread among the masked vaccinated. Across the English Channel, France is looking at a much more ambitious program.

Under the plan, the European Union has determined that France may ban “flights between cities that are linked by a train journey of less than 2.5 hours” as “a major step forward in the policy of reducing greenhouse gas emissions.” But there’s more. Private jets are coming in for criticism and although they apparently aren’t to be banned – taxes and restrictions seem probable – a French government spokesman observed that the average citizen shouldn’t feel that “it’s always the same people who are being asked to make efforts.”

That last part is fascinating because the same article notes that Frenchmen are being “encouraged” to trade their cars for electric bicycles and funding of up to 4,000 Euros is “available to low-income households in low-emission zones to subsidise the switch, with smaller amounts to help wealthier citizens.” Whether low-income or wealthier, the individual relying solely on an electric bike for transportation will probably question that subsidized “encouragement” on a cold winter night while pedaling home in a snowstorm.

The city of Paris apparently sees no difference among cars powered by electricity and those running on fossil fuel as they’re all going to be banned “to decrease congestion and improve air quality.” Or are they? The ban will only apply to “the historic heart of the city” and target through traffic as part of a plan to reduce the number of cars and “the pollution they produce,” but the first goal is obviously the more important one. If not, the electrics touted as being green would in theory eliminate rather than reduce automotive pollution, but sadly for those who seek control, they’d be less effective at minimizing freedom of travel. Similar to Oxfordshire’s program, random spot checks are included.

Closer to home, some have figured out that there’s more to the leftward rush than pure altruistic environmentalism. Real Clear Energy describes the push to eliminate internal-combustion cars as showing “contempt for rural America – and for the developing world.”

The RCE article correctly points to ethanol credits’ going away as a loss to the Midwest’s farmers and economy, but it doesn’t mention the impact on farmers and others in natural gas states who are suffering from the war on fossil fuels in general and natural gas in particular. None of that is likely to be much of a concern for the green left which collectively either doesn’t understand or doesn’t care that the fantasies it worships are unworkable for non-urbanites.

Still, there are those who refuse to bow to the hype and instead see through it quite well. Author Michael Shellenberger testified before the House Oversight Committee earlier this year that the left’s opposition to all but “renewable” energy such as solar and wind power penalizes the poor most of all.

He’s not alone in reconizing reality. WKTV in Utica, New York found varying positions on Governor Kathy Hochul’s mandate for all electric vehicles by 2035. One of those interviewed said electricity is cheaper to produce and charging will become faster and easier, but the others weren’t so sure. They questioned the grid’s capacity, on-board batteries’ cold-weather performance, environmental concerns of battery-disposal and governmental overreach in telling drivers what vehicles they must buy.

John Stossel called the claim that electric cars will eliminate the need for oil absurd and reported that placing such a load on the electric grid could lead to rationing of power.

History really does repeat itself and sometimes, it does so very obviously.