Joe Biden has crossed a line. He has taken oil from our nation’s strategic reserve and sold it to China while claiming to use it for our benefit. It’s treason!

Section 3 of the Constitution of the United States defines treason:

Treason against the United States, shall consist only in levying War against them, or in adhering to their Enemies, giving them Aid and Comfort.

Joe Biden has now crossed this line and should be impeached and removed from office for it. 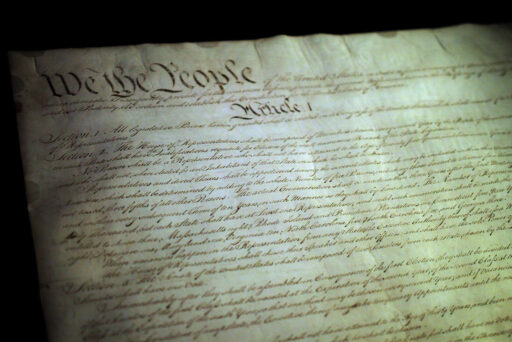 That Joe Biden is somehow wholly indebted to Communist China and committed to take the knee at its every request is now painfully obvious to all. Here’s the latest example and it cannot be described as anything less than treason:

The Biden administration sold roughly one million barrels from the Strategic Petroleum Reserve to a Chinese state-controlled gas giant that continues to purchase Russian oil, a move the Energy Department said would “support American consumers” and combat “Putin’s price hike.”

Biden’s Energy Department in April announced the sale of 950,000 Strategic Petroleum Reserve barrels to Unipec, the trading arm of the China Petrochemical Corporation. That company, which is commonly known as Sinopec, is wholly owned by the Chinese government. The Biden administration claimed the move would “address the pain Americans are feeling at the pump” and “help lower energy costs.” More than five million barrels of oil released from the U.S. emergency reserves, however, were sent overseas last month, according to a Wednesday Reuters report. At least one shipment of American crude went to China, the report said.

The Biden administration also claimed the Unipec sale would “support American consumers and the global economy in response to Vladimir Putin’s war of choice against Ukraine” and combat “Putin’s price hike.” But as the war rages on, Unipec has continued to purchase Russian oil. In May, for example, the company “significantly increased the number of hired tankers to ship a key crude from eastern Russia,” Bloomberg reported. That decision came roughly one month after Unipec said it would purchase “no more Russian oil going forward” once “shipments that have arrived in March and due to arrive in April” were fulfilled.

The White House did not return a request for comment. Its decision to sell barrels from the country’s Strategic Petroleum Reserve to a Chinese conglomerate comes as the American public increasingly sours on Biden’s energy policies. According to a January Gallup poll, roughly three in four Americans are not satisfied with the federal government’s national energy policy, the highest level in roughly two decades.

Power the Future founder Daniel Turner admonished Biden for selling “raw materials to the Communist Chinese for them to use as they want.”

“We were assured Biden was releasing this oil to America so it could be refined for gasoline to drive down prices at the pump. So right off the bat, they’re just lying to the American people,” Turner told the Washington Free Beacon. “What they’re saying they did and what they did are not remotely related.”

Turner also said the decision highlights the Biden family’s “relationship with China.” Biden’s son, Hunter Biden, is tied to Sinopec. In 2015, a private equity firm he cofounded bought a $1.7 billion stake in Sinopec Marketing. Sinopec went on to enter negotiations to purchase Gazprom in March, one month after the Biden administration sanctioned the Russian gas giant.

How can anyone read these words, compare them to words of our Constitution and not conclude Joe Biden has committed treason? Put these facts together with Biden’s other moves in support of Communist China, his direct and deliberate undermining of our oil and gas sector, his likely dropping of Trump tariffs on Chinese goods and everything else about how he deals with China. They spell but one thing: treason. Is he effectively being blackmailed by what is clearly an enemy? It doesn’t really matter at this point because he is “adhering to [our] Enemies, giving them Aid and Comfort.” That much is clear and there is no other word for it but treason. Impeach him now!