[Editor’s Note: U.S. energy dominance began on a pre-Trump foundation but the President has led the effort since and that’s why we can now call it Trump energy dominance.]

From the Permian Basin on July 29, President Trump proudly recounted his best energy decisions and the achievements of industry that have followed. His highlights included:

The list is so spectacular that some will wonder if the claims stand up to scrutiny.

Rest assured, they do. 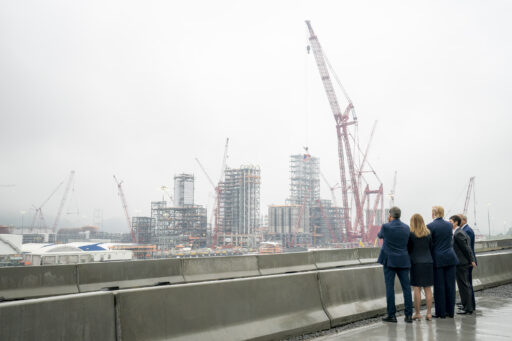 Over the course of his first term, Trump has presided over the maturation of an industry that has always brimmed with potential, yet has been held back by government red tape. It is held back no longer. Trump’s energy dominance platform has given American businesses the confidence to harvest our bountiful resources and to produce the fuels that power our economy. The achievements meet the hype.

The extraordinary rise of the Permian can be seen in this Energy Information Administration data visualization. Despite the effects of the pandemic on demand, the Permian is pumping out about 4 million barrels of oil per day this summer compared to around 2 million barrels per day in 2016. Permian gas numbers are just as stellar, showing an increase from 6 billion cubic feet per day in 2016 to over 15 billion cubic feet today. National oil production numbers can be seen here, showing U.S. field production of crude oil climbing from 8.8 million barrels per day in 2016 to over 12 million in 2019. Global rankings on oil can be found here and for gas here, attesting to American energy dominance.

Notably, the Trump administration has exercised discipline when needed, resisting the calls early in the coronavirus pandemic to raise new import tariffs. The Trump energy dominance platform has struck the proper balance between government table-setting and private enterprise. Examples like Double Eagle—who hosted President Trump in Midland—abound in the Trump era. The approach is fundamentally about markets, rather than mandates. This stands in contrast to the energy policies of Trump’s predecessor in the Oval Office and to his 2020 challenger from the Democratic Party, Joe Biden, who would take the wheel from industry and steer America in his politically-preferred direction.

Key aspects of the Trump energy renaissance have been the continued expansion of fracking and access to federal lands and waters—both of which Biden would end.

A federal ban on new fracking—which Biden has endorsed—would shut the door on Trump-era energy dominance and its economic and geopolitical benefits. A new fracking ban would seriously harm the production of natural gas—the single largest source of generation in the power sector and a newfound foreign policy tool.

Biden also supports a ban on all new oil and gas permitting on federal lands and waters. According to a study by the Chamber of Commerce, a ban on new drilling leases would reduce revenues by $6 billion nationally over the next 15 years and eliminate 270,000 U.S. jobs. The United States owns 2.46 billion acres of mineral estate between the onshore and offshore areas. This total area is larger than the entire U.S. landmass and would alone make the U.S. the world’s third largest country by area. It’s an asset the Trump administration has aimed to elevate.

According to another study by the National Ocean Industries Association, banning all new oil and gas permitting in federal waters would cost almost 200,000 jobs, deny the U.S. government billions of revenue dollars, and push offshore production to other countries. While this harm would be concentrated most intensely in energy powerhouses like Texas and Louisiana, no state in the Union would go unscathed. All 50 states have benefited from the Trump energy dominance platform and would be hurt by a Biden power grab.

The U.S. energy production boom has not only boosted the welfare of Americans, but has provided citizens of countries across the globe with affordable, reliable energy. For the first time since the 1950s the United States is a net energy exporter. By pipeline and rail here in North America and now through the transoceanic shipment of liquefied natural gas, U.S. exports are thriving and provide a needed counterweight to the export capacity and geopolitical pull of adversarial regimes.

To that end, Trump announced in Midland that export authorization for liquefied natural gas will be extended to 2050. Other announcements included permits for NuStar Logistics and for The Kansas City Southern Railroad Company to construct and operate facilities at the southern border, as well as for TransCanada Keystone Pipeline at the northern border. (The Keystone permit raises the cross-border shipping limit for the TC Energy Corp. line to 760,000 barrels a day, from 590,000 under a previous presidential permit.)

In the first Trump term, America has truly blossomed as an energy superpower, but there is still more room for growth. The United States has been blessed with a cornucopia of energy resources, it has a legal framework that facilitates entrepreneurship and innovation, and has the potential to serve as world leader in energy long into the future. America’s energy resources are one of our best assets and the Trump energy dominance platform has allowed that promise to be realized.