TVA Continues the Shale Revolution by Converting to Gas

TVA Continues the Shale Revolution by Converting to Gas

The Tennessee Valley Authority (TVA) is a federally-owned electric utility corporation in the U.S. TVA’s service area covers all of Tennessee, portions of Alabama, Mississippi, and Kentucky, and small areas of Georgia, North Carolina, and Virginia. TVA is the sixth-largest power supplier and the largest public utility in the country. One year ago, MDN told you that TVA is spending over $1 billion to replace six coal-fired plants with natgas-fired turbines (see TVA Investing $1B to Build New Natgas-Fired Electric Plants). Good news! On Friday, TVA recommended moving forward with replacing one of the six–a coal-fired plant located near Cumberland City, Tennessee–with a natural gas combined-cycle power plant. TVA wisely selected natural gas over unreliable, intermittent (and very expensive) solar power. 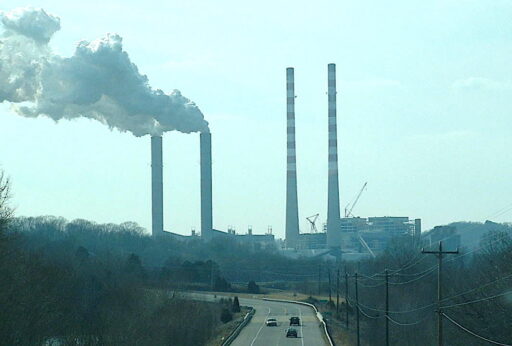 Of course, anti-fossil fuel fanatics are not happy about TVA’s decision to bypass unreliable solar in favor of natgas.

TVA announced the completion of its environmental impact statement for replacing the Cumberland Fossil Plant near Cumberland City, Tennessee. The federally owned utility considered replacing the two coal-fired turbines there with solar panels but instead recommended a combined-cycle natural gas plant.

Solar and battery storage would be more costly, requiring transmission upgrades that could take a decade to complete, according to a news release from TVA. The decision still needs the approval of TVA President and CEO Jeff Lyash, who has previously spoken in favor of natural gas.

“Our focus is on ensuring that we provide affordable, reliable, resilient, and clean energy for generations to come,” Lyash said in the news release.

TVA’s plan would idle one unit of the coal plant by the end of 2026 and the second by the end of 2028. The utility says a natural gas plant there could be built and operational by 2026, with construction beginning as early as summer 2023.

The announcement drew backlash from groups that include the Center for Biological Diversity.

“TVA’s plan to build a new gas plant and pipeline in the midst of climate catastrophe is reckless,” Gaby Sarri-Tobar, with the group’s energy justice program, said in a statement. “This is a slap in the face to the 10 million customers who rely on TVA and makes a mockery of the Biden administration’s clean energy pledges.”

President Joe Biden has said he wants a carbon-pollution-free energy sector by 2035. TVA has set a goal to reduce greenhouse gas emissions by 80% by 2035, compared with 2005 levels.

Scientists, meanwhile, have warned that failing to meet Biden’s 2035 target will only lead to more intense and more frequent extreme weather events, as well as droughts, floods and wildfires. Teams of meteorologists across the world have predicted there is nearly a 50-50 chance that Earth will temporarily hit a global warming temperature threshold international agreements are trying to prevent within the next five years.

The TVA board of directors last year delegated any decision on Cumberland’s replacement to Lyash. He has said TVA will not be able to meet the 100% reduction goal without technological advances in energy storage, carbon capture and small modular nuclear reactors. The utility has its own aspirational goal of net zero emissions by 2050.

Those opposing the construction of a new gas plant have pointed out it will likely be around for decades, long past the 2035 decarbonization goal. They have also criticized TVA for not considering options that could decrease the demand for new electricity like improved energy efficiency and demand response — which helps customers change their usage patterns to flatten peak demand periods.

U.S. Sen. Ed Markey, a Massachusetts Democrat, has emerged in legislative hearings as a key critic of TVA. He said the utility should not be moving forward on the Cumberland decision while Biden’s nominees for its board await Senate confirmation. Their installation would create a new board majority.

“The Tennessee Valley Authority is showing yet again that it is willing to lock its customers into expensive and volatile fossil fuel generation, rather than take this opportunity to adopt reliable renewable energy,” Markey said in a statement Friday. “As the largest public power company in the country, the TVA has a responsibility to be a leader, not a laggard, in delivering clean, affordable power to its customers.”

Meanwhile, a permit application with the Federal Energy Regulatory Commission is still pending for a 32-mile (51-kilometer) natural gas pipeline branch to link to the proposed new Cumberland plant. Kinder Morgan Inc. said one of its subsidiaries filed the application in July. Pending regulatory approval, construction would begin in August 2024, with an expected September 2025 for the pipeline to be in service, the company said.

TVA provides electricity to 10 million people in Tennessee and parts of the surrounding states of Alabama, Mississippi, Kentucky, Georgia, North Carolina and Virginia.

Ed Markey is one of the biggest nincompoops in the Senate. He doesn’t understand energy at all.

Our interest in this project is that there is a good chance Marcellus/Utica gas will help feed this new plant when it gets built.