U.S. LNG Is the Way for Europe to Repel the Russian Bear

U.S. LNG Is the Way for Europe to Repel the Russian Bear

[Editor’s Note: The United States can produce the natural gas Europe needs and U.S. LNG is just the ticket to reduce reliance on the Russian bear and repel the beast.]

Toby Rice, who runs the U.S. largest natural gas producing company, Pittsburgh-based EQT, indicated that the United States could easily replace Russian natural gas supply in Europe. He estimated the United States has the potential to quadruple its gas output by 2030. What is needed to accomplish that is more natural gas pipelines and LNG export facilities because U.S. LNG terminals are shipping close to all the gas they can and there are not enough pipelines to get the needed gas to export terminals.

Unfortunately President Joe Biden’s Federal Energy Regulatory Commission regulators—an independent agency—voted that they must consider climate change in their approval process for natural gas pipelines and LNG facilities. Political opposition to building pipelines and export facilities for hydrocarbons is primarily preventing the U.S. natural gas industry from helping Europe end its reliance on Russian gas. The Biden administration needs to streamline the process for getting pipeline and LNG projects approved, rather than following its current course of finding ways to undermine the approval process. 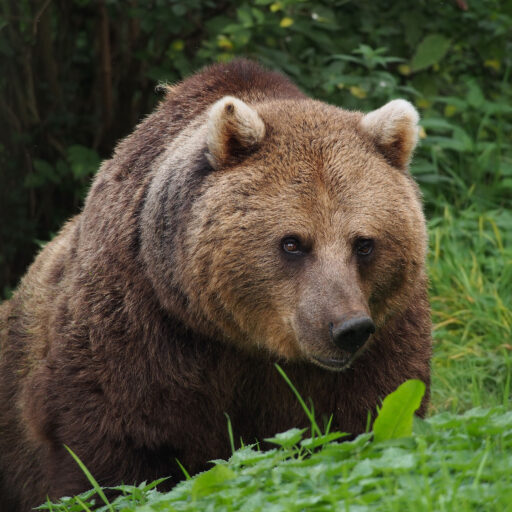 Is U.S. LNG the key to repelling this fellow?

The United States is the world’s largest producer of natural gas and largest exporter of liquefied natural gas, shipping 100 cargoes of LNG a month, mostly to Europe. There are currently eight LNG terminals operating in the United States, with 14 more projects approved for construction, some of which are waiting on the political climate to see whether pipelines to move the gas to terminals will be allowed to be built. LNG facilities are expensive and complex, and few are willing to risk billions of dollars if the government is targeting their product. After a large number of decisions in 2019 to build new terminals, developers have approved just one project in the past two years.

U.S. LNG developers have abundant gas and operating skills but have been hamstrung by U.S. regulatory uncertainty in expanding operations. The United States has enough natural gas to produce at its 2020 rate for nearly 100 years, according to the latest government estimates, but tapping the nation’s ample supply is constrained by lack of pipelines and export terminals, and the time it takes to build this infrastructure. Great strides were made between 2017 and 2020, which made today’s LNG shipments to Europe possible.

In January, U.S. exports of liquefied natural gas (LNG) to Europe exceeded Russia’s pipeline deliveries for the first time. Of the five dozen or so U.S. LNG tankers on the water, more than two-thirds headed for Europe. U.S. producers increased the share of exported LNG to Europe from 37 percent of U.S. LNG volumes earlier in 2021 to nearly half in January 2022. Exports of LNG from the United States to EU-27 and the UK increased from 3.4 billion cubic feet per day in November 2021 to 6.5 billion cubic feet per day in January 2022. In February, about three-quarters of the tankers that departed U.S. ports were headed for European destinations with less than a quarter headed to Asia.

The U.S. Energy Information Administration projects U.S. LNG exports will reach 11.4 billion cubic feet per day in 2022, accounting for about 22 percent of expected world LNG demand of 53.3 billion cubic feet per day next year, outpacing both Australia and Qatar. Prices have risen so much in Europe that traders of LNG cargoes would rather pay millions of dollars in penalties for non-delivery to other countries for the opportunity to sell the cargoes at a premium to European buyers.

The Federal Energy Regulatory Commission, a federal agency that considers whether to approve or reject natural gas pipelines, will weigh a project’s contributions to climate change as part of its decisions. In determining whether a project is in the public interest, FERC voted to examine greenhouse gas emissions from the project’s construction and operations — as well as the emissions from when the gas is ultimately burned to make electricity. The new guidance will be applied immediately, though it was only issued on an interim basis. FERC is currently accepting public comments on it, and may make changes down the line based on the feedback.

At issue is that the ruling hamstrings the objectives of the Natural Gas Act, which is to encourage the orderly development of natural gas infrastructure, because the guidance is vague. It does not add clarity to the certification process, but instead creates more questions, which ultimately give opponents of hydrocarbons opportunities for “lawfare,” the use of legal filings as part of the war on hydrocarbons.

Senator Joe Manchin, Chairman of the Senate Energy and Natural Resources committee, argued that FERC went “too far.” “The Commission went too far by prioritizing a political agenda over their main mission – ensuring our nation’s energy reliability and security. The only thing they accomplished today was constructing additional road blocks that further delay building out the energy infrastructure our country desperately needs.”

Under the interim policy approved by FERC, developers will be required to provide FERC detailed analysis of future emissions along with plans to offset those emissions, potentially by capturing carbon dioxide and storing it underground. Developers will face a tougher bar than they did in years past, potentially lengthening the timeline on what is already a long and costly process to get natural gas infrastructure projects approved and survive legal challenges from environmental groups.

It also raises costs for U.S. projects, which may threaten the economics of their proposals. For developers, far more rigorous analysis will be required on climate impacts, considering not just a pipeline or LNG terminal’s emissions but any increase in natural gas consumption they might facilitate. For an LNG terminal that might ship out more than 15 million tons of LNG a year that would produce over 40 million metric tons of carbon dioxide, convincing FERC that such a project is in the public interest could be a tough sell.

Some states want to move LNG by rail, but President Biden’s proposed rule to the Pipeline and Hazardous Materials Safety Administration (PHMSA) would prohibit LNG from being transported by rail car in the United States. This Biden proposal will have devastating effects on the economy, American energy, and national security. The Biden administration’s attacks on the U.S. oil and gas industry leave no stone unturned.

The Biden administration needs to recognize the American oil and gas industry as a strategic asset in our arsenal. America is positioned to play this role because of its abundant natural gas and its lead in the technologies and innovations needed to develop and export it as LNG. Not long ago some experts thought America was running out of natural gas and facilities were built to import it. But the U.S. shale revolution and the development of modern hydraulic fracturing and horizontal drilling made America an energy powerhouse.

Rather than import LNG, U.S. facilities were configured to export LNG instead. While LNG exports are a small portion of domestic natural-gas production, they are about 20 percent of the global LNG market. The United States is set to have the world’s largest LNG export capacity by the end of this year, which creates jobs and growth and affordable energy at home and provides U.S. allies a stable energy source.

The United States could do even more if the Biden administration did more to encourage LNG infrastructure and allow the free flow of LNG markets. The Biden administration should make clear that America is positioned to provide stability amid any disruption. The Department of Energy and Federal Energy Regulatory Commission must act on applications for LNG export facilities pending before them and also establish a clear timeline for approval. Germany is fast-tracking two LNG import facilities that would need LNG from the United States if Nord Stream 2 is to be contained in the wake of Russian aggression in Europe. President Biden needs to reassure our allies that the United States will be a reliable supplier of energy.