The U.S. Strategic Petroleum Reserve (SPR) hit historic lows this week as President Joe Biden continues to order a record release of barrels from the emergency stockpile. The SPR now sits at around 453 million barrels – the lowest level in 37 years.

For perspective, the U.S. Energy Information Administration estimates that in 2021, the United States consumed an average of about 19.78 million barrels of petroleum per day. If oil and gas production were to halt completely, today’s SPR would have just enough supply to fuel the United States for 22 days. 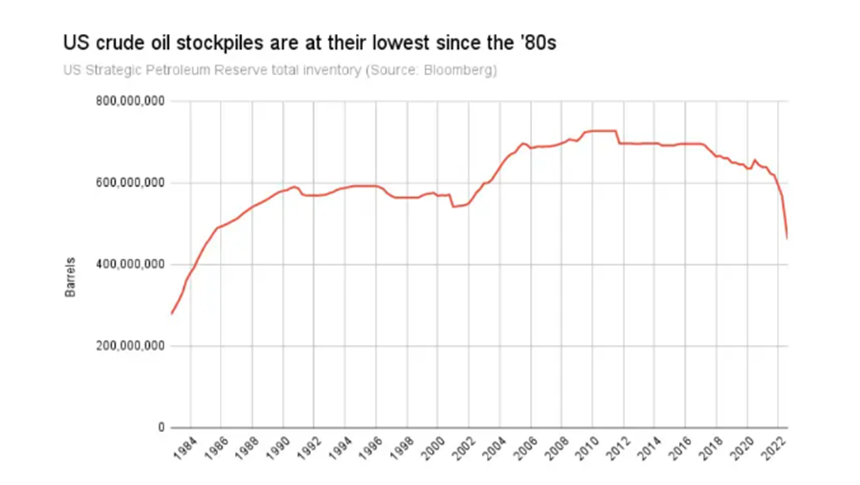 By repeatedly tapping into the SPR, the Biden administration is attempting to use the stockpile as a tool to bring down gas prices and tamper historic inflation. U.S. Department of Energy Secretary Jennifer Granholm recently emphasized this point:

“The release of a million barrels per day is the biggest tool at our disposal.”

However, the SPR was created to deal with supply emergencies and to be used as a safety net when hurricanes and other natural disasters hit – not as an instrument to manipulate the market for short-term relief at the gas pump.

Evidence proves the temporary nature of this fix. National gas prices hit historic highs this summer even though President Biden first began releasing barrels from the emergency stockpile in late 2021, and has only increased their removal since. Predicting this flux, the EIA’s Stephen Nally testified during a Senate Energy and Natural Resources hearing last year that any release from the SPR would only provide “temporary” and “short-lived” impacts:

“Based on past analysis…it would provide temporary relief…There are limits to what can be released in a short-term situation.”

In reality, and despite what Sec. Granholm may say, there are many other tools at the administration’s disposal that don’t rely on siphoning off our strategic reserves. A better solution would be to embrace America’s role as a leader in natural gas and oil by ramping up domestic energy production and improving pipeline infrastructure to make energy more affordable and readily available. However, the Biden administration has continuously taken actions to discourage domestic production, including banning federal leasing for new development, canceling domestic pipelines, taxing natural gas, and promoting a regulatory environment that hampers investment in future oil and natural gas projects.

Unfortunately, short-term solutions like releasing barrels from the SPR are par for the course for the current administration. In recent weeks alone, Sec. Granholm sent letters to New England governors urging them to “improve preparedness” of oil reserves ahead of the coming winter, and penned similar pleas to major oil companies asking them to hold onto their stocks to help offset future energy shortages.

From draining the SPR to record lows, to writing letters that pass the buck, to begging OPEC to increase their production, and traveling to Saudi Arabia for “fist-bump diplomacy,” it’s clear that the Biden administration is bent on enacting duct-tape solutions rather than taking any meaningful action to lower American’s pain at the pump. 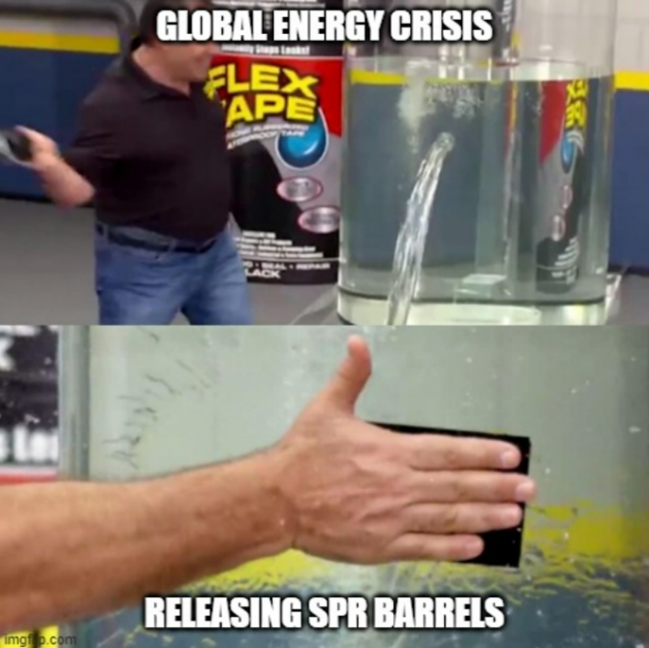 Bottom Line: As our country heads into hurricane season and winter months, the Biden administration continues to drain our emergency supplies rather than increase domestic energy production in a responsible and meaningful way. Releasing barrels from the Strategic Petroleum Reserve to meet global energy demands is not a long-term strategy, but an unserious fix to a serious problem.