UK Knows the Way Out of the European Energy Debacle

UK Knows the Way Out of the European Energy Debacle

[Editor’s Note: The United Kingdom, under new leadership, is showing the EU folks what they ought to be doing about the energy debacle they’ve created. The UK shows the way!]

At least one developed economy is waking up from an energy slumber induced by the obsession with climate change. The new prime minister of the UK is seemingly leaving no stone unturned in her pursuit of energy liberation by appointing climate-skeptic ministers.

Given the decade-long dominance of anti-fossil fuel policies in the Western economies, this monumental policy shift is nothing short of a great awakening, one that may have been forced upon leaders by an existential energy crisis. 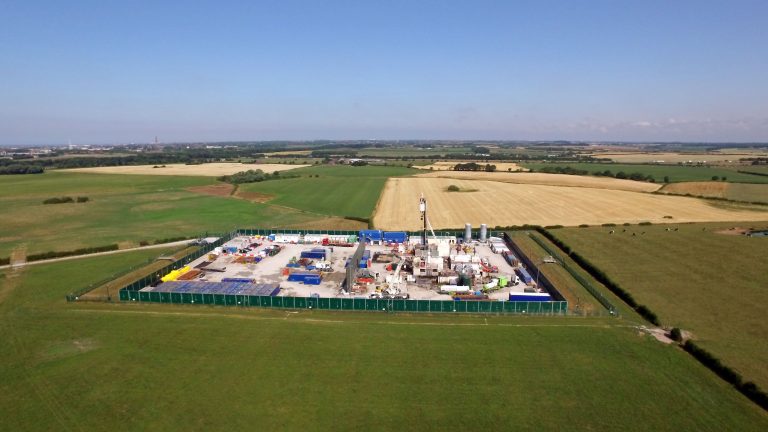 Caudrilla drilling site in the UK

The Russian war in Ukraine, the uncertainty with OPEC oil production, and the post-pandemic economic recovery have together created a situation that cannot be ignored anymore. The political class has been forced to address the energy shortage. Sensible policies must be pursued and probably will be this winter if only out of a need to keep people from freezing to death.

In 2016, the Paris climate accord was signed by almost all countries. The objective was to address global warming through reductions in greenhouse gas emissions. Nations pledged to reduce their dependency on conventional energy sources like coal and oil.

What followed were the decommissioning of coal fired plants, closure of coal mines, high taxes on CO2 emissions and mandatory transition of electric grids to inefficient renewables. In the last five years alone, “half of Europe’s coal fleet has announced plans to close before 2030.” Even nuclear energy was snubbed in the mad rush for wind and solar technology.

These, along with a plethora of other measures, made the European and UK economies highly dependent on Russian natural gas.

With their quixotic parade to green utopia rudely interrupted, political leaders of the developed West face a crisis of soaring electricity costs and energy shortages.

Some utilities in the UK said they cannot provide new power connections to certain small businesses. Businesses that do have a power connection are dismayed by unaffordably high price quotations for the coming year — as much as 10 times more than current levels. An average household in Europe is expected to pay three times more for energy bills in 2023 ($500 per month) compared to 2021 prices ($160 per month). Goldman Sachs has warned that Europe’s household electrical bills could surge by $2 trillion by next year.

Neither wind nor solar could address the grave energy situation as both are intermittent technologies that are incapable of delivering large amounts of baseload electricity and meeting on-demand needs. With no choice left, the European countries have turned to coal and nuclear. While France is readying its dormant nuclear plants for winter, Germany has already increased its reliance on coal.

However, perhaps the bigger news is that the UK’s new cabinet will now allow fracking to resume in the UK, thus providing Britons with domestic gas that would be cheaper than imports and eventually bringing down astronomical energy bills.

The UK’s move to utilize hydrocarbons to address the energy crisis, in a surprisingly unashamed and open manner, may very well trigger a revival of the fossil fuel sector across Europe. The coming winter will require increased energy production in the temperate European regions, and leaders cannot continue to hide behind the Russian gas shortage as a justification for their inaction. With the World Meteorological Organization predicting a cooling of oceans due to the La Niña weather pattern, the 2022 winter has the potential to bring brutally cold spells for Europe.

Britain’s leaders have enough time to make alternative arrangements to meet the oncoming winter’s energy demand. They can finally do away with the “no-coal policy,” and their sovereign status gives them enough freedom to use more coal to keep the lights on. However, if they take a defensive approach — like French President Macron who has asked consumers to reduce

This is the perfect opportunity for European leaders to move beyond the veneer of deceptive green policies that threatens economic disaster and misery for citizens. For some, unfortunately, it may be too late to avoid either.

This commentary was first published at Biz Pac Review, September 26, 2022, and can be accessed here.

Vijay Jayaraj is a Research Associate at the CO2 Coalition, Arlington, VA. He holds a master’s degree in environmental sciences from the University of East Anglia, UK and resides in India.