Ukraine Action by Biden Doesn’t Use Best Weapon We Have

Ukraine Action by Biden Doesn’t Use Best Weapon We Have

[Editor’s Note: Ukraine is under attack; a direct result of Biden and the left’s idiotic, history ignoring, policies of green political correctness combined with weakness.]

Instead of learning from history, the far left led by Joe Biden wants to destroy it.  Perhaps, because a reading of history invalidates their agenda?  History is still available, at least for now, for us to learn from it. 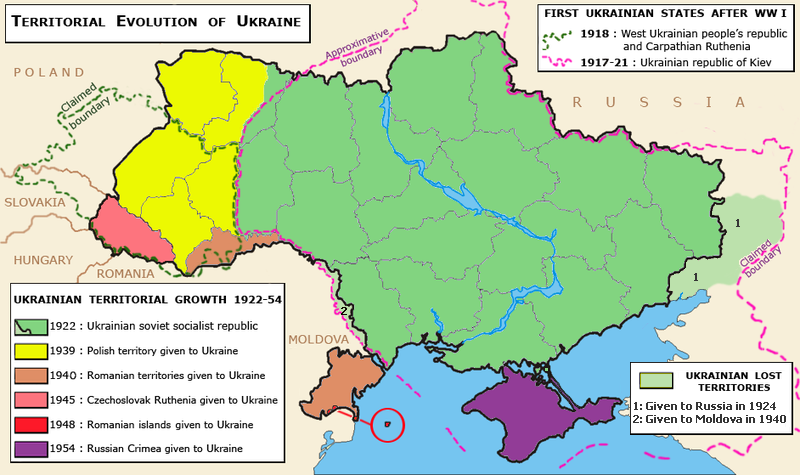 In the 1930’s, Hitler, rightly, saw France and England as having weak leadership and consumed by their own internal political problems and America as isolationist.  Thus, none of them would be willing or able to respond to Germany’s expansionism.  From 1935 until 1939, Axis partners Germany and Italy invaded and conquered countries with only ineffective responses from European and American governments.

The Rhineland is a strip of land about 50 kilometers wide on the west bank of the Rhine River.  Following the end of World War 1, it was declared a neutral zone separating Belgium and France from Germany; German troops were banned from entering it.  Having observed the response to the Ethiopian invasion, Hitler used the toothless Franco-German Pact as an excuse, saying Germany was threatened, and marched German troops into the Rhineland.  Britain and France did nothing, even though there were two treaties in effect that had forbidden Germany from doing that.

Austria was an independent German speaking nation bordering southern Germany.  After World War 1, it was prevented by treaties from unifying with Germany.  In March, 1938, an election was called to decide if Austria wanted to continue as an independent nation.  Afraid of a vote not to his liking, Hitler and German troops marched into Austria and annexed the country into Germany.  Other nations stood by and did nothing.

After World War 1, the nation of Czechoslovakia was created on Germany’s and Austria’s eastern border.  The areas closest to Germany contained many people of German descent and Hitler, falsely, claimed these ethnic Germans were being harshly treated by the Czechoslovakian government.  In September 1938, Germany started a low intensity undeclared war on Czechoslovakia.  In response, Britain, France and Germany (but not Czechoslovakia) met in Munich where France and Britain ceded the ethnic German provinces that bordered Germany to Hitler, who eventually took over the entire country.  Britain’s Prime Minister Neville Chamberlain made his famous statement “Peace for or time” upon his return from Munich.

In August, 1939, Russia and Germany signed a non-aggression pact that included a secret agreement on dividing Poland, which is a country between Germany’s eastern border and Russia’s western border.  On September 1, 1939, Hitler’s troops invaded Poland.  Seventeen days later, Stalin’s Russian troops also invaded Poland.  World War 2 had begun and more than 60 million people would die, which was more than 2.5% of the world’s population. 418 thousand of them were Americans.

Today’s Ukraine is a country on the southwestern border of Russia and the Crimea is a peninsula in southern Ukraine, which is separated from Russia by a narrow strip of the Black Sea.  The Ukraine and Crimea were formerly a part of the Soviet Union.  In June, 1992, after the fall of the Soviet Union, Crimea reached an agreement with the Ukraine that Crimea would become a part of the Ukraine as an Autonomous Republic with special economic status.  In a 1997 treaty, Russia recognized Ukraine’s borders and its sovereignty over Crimea.

President Barack Obama’s response to the Crimean invasion was several phone calls to Putin warning him of consequences.  Then, Obama hoped to bring Putin to his knees by announcing that the U.S. would not send a delegation to the 2014 Winter Paralympics in Sochi, Russia. Later, Obama imposed economic sanctions which had marginal impact on Russia.  Putin managed to not fall to his knees under Obama’s pressure.

As a Senator, Obama was instrumental in getting $48 million to speed up the destruction of conventional weapons held by the Ukraine for defense.  Obama claimed in a press release, at the time, that this would guarantee “the safety of the Ukrainian people and people around the world, by keeping them out of conflicts around the world.”  In 2014, When the Ukrainian government asked President Obama for weapons, he sent military ration kits instead.  One British analyst said that “we went to a knife fight with a baguette.” Did President Obama deny lethal weapons aid to the Ukrainians because it would seem like a repudiation of his former stance?  Obama claimed he was giving Putin a face-saving way out; an off-ramp.  Putin didn’t take that exit.

Donald Trump was criticized by Democrats for not immediately providing lethal aid to the Ukrainians when, in short order, he did provide arms.  The Democrats criticism seems a bit hypocritical in view of Obama’s actions.  Putin’s Ukrainian dreams were put on hold while Trump was President.

Obama lite, Joe Biden, is now faced with a Russian invasion of the Ukraine.  Like Hitler’s claim for invading Czechoslovakia, Putin claims ethnic Russians are being mistreated.  Like Hitler’s rationale for the invasion of the Rhineland, Russia feels threatened. Biden’s response, like Obama’s, was to make a phone call.  Reminiscent of Munich, Biden also promised that no NATO nation would be invaded without consequences; Putin has certainly noticed that the Ukraine is not a NATO nation and, like Hitler, he has seen this as a green light to move forward.

The Ukraine crisis parallels the events prior to World War 2 and highlighted the ineffective responses to Hitler that eventually led to WW2.  The Biden administration is responding to the Ukraine invasion with sanctions but – what good are sanctions that don’t work?  As 2nd Amendment defenders are well aware with gun control laws, the Left loves doing things that make them feel good, impose hardships on Americans, but have little or no effect.

It’s unfair to only highlight problems and then walk away; one should also offer a solution.  In responding to Vladimir Putin, Biden might take a lesson from history on a strategy that did work.  President Reagan brought down the Soviet Union / Russia without firing a shot.  One major part of his successful plan involved fossil fuels. 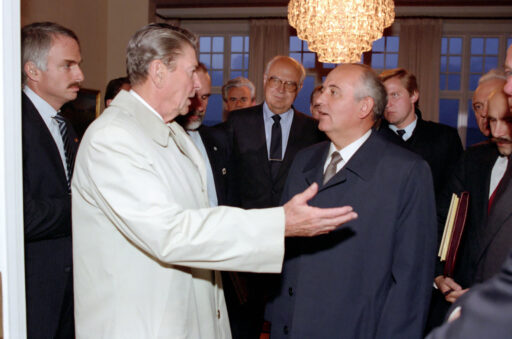 Russia’s only big source of hard cash was and still is from its exports of fossil fuels: oil and natural gas.  Has anyone bought a Russian made car or refrigerator?  Hard cash from fossil fuel sales is needed to pay for Russia’s military adventures.

During Reagan’s non-shooting war on the USSR, he made permanent the deregulation of petroleum products and the windfall profits tax was reduced and eventually removed; these steps removed government disincentives and resulted in increased production.  The Alaskan Prudhoe Bay Oil Field ramped up to, what was then, peak production in 1988.  Reagan persuaded Saudi Arabia to open their taps and flood the market with oil, which they did in 1985.  North Sea oil production increased greatly in the 1980’s.

The laws of supply-and-demand took over and as the supply increased the price of all oil dropped dramatically, cutting the revenue Russia got for its oil exports.  In 1980, when Reagan was elected President, the world price of a barrel of crude oil was $35 ($110 in 2020 dollars).  By late 1986 it was $10 ($24 in 2020 dollars).  In six years, Russia’s real revenue from oil dropped by 80%!  Basically, it was going bankrupt and could no longer attempt to compete militarily, or to sponsor client states like Cuba, and Russia’s always weak economy was a shambles.

As a side benefit, the price of gasoline plummeted and Americans reaped the benefits.

Then, the Soviet Union dissolved itself in December 1991.

Russia has reemerged as an aggressor and threat to peace with its invasion of the Ukraine.  Why not take a cue from Reagan and improve on current and proposed Russian sanctions by flooding the market with oil?

Why not?  Well, because:

There you have it; not Russia or China or Iran is our greatest threat.  Instead, according to Biden, our military believes our biggest threat is Global Warming and Joe Biden has bought into it, hook, line and sinker.  (One thing to remember, the top generals and admirals are the equivalent of political appointees and, unfortunately, the worst of them get to the top by being political.  For example: generals during the Viet Nam War and General Milley with his enthusiasm for the Critical Race Theory instead of Afghan withdrawal planning.)

Biden spokeswoman Jeb Psaki warned that, due to Biden’s sanctions, America’s high energy prices could be expected to go even higher, which is the opposite of what Reagan’s policies did.

Biden has shut down American pipeline construction.  However, Biden waived sanctions on a Russian built pipeline in order to allow the Russians to finish it and market more of their oil.  Apparently, Global warming only happens in the U.S.A.

Biden has stopped or delayed work on oil and gas leases so that he can decide how to proceed, after a judicial decision was made that he doesn’t like.

Reversing Biden’s energy policies and adopting Reagan’s policies would be effective in bringing Putin to heel and, as a side benefit, lower the energy prices that are fueling inflation.  But, as always, Biden continues to be on the wrong side of history.

A side benefit to reversing Biden’s fossil fuel policies would be in dealing with another partner in evil: Iran.  Like Russia, Iran is dependent on oil for revenue.  Iran’s leaders chant “Death to America”; they hate us.  (Iran just returned 820,000 doses of Covid vaccine because it was manufactured in the USA.)  Iran is also in the middle of economic and social crises: their mismanaged economy is in shambles and, because it is government controlled, there is no safe haven from mismanagement; their young people are becoming more and more disenchanted with the Iranian government as they seek a better, less repressive life.

In response to what could be the collapse of a government that hates us, Biden appears to be throwing the Iranian government a lifeline.  He speaks of rejoining the Iran Nuclear Deal, which would have positive financial benefits for Iran.

If Biden wants to “reset” his policy and admit that, forty years later, Reagan still gets it right, it needs to be done now.  (By the way, another thing that Reagan also got right was that he was also a defender of the 2nd Amendment.)

Of course, Biden can probably count on his partners in the left-wing media to adopt a policy of, “What Ukrainian crises?  Nothing there worth reporting on”.  (The New York Times once got a Pulitzer Prize for not reporting Stalin’s murderous policies in the Ukraine.)