Ukraine Demonstrates the Weakness of the West

Ukraine Demonstrates the Weakness of the West

Ukraine is in trouble because of us in the West. The West’s policies enabled the Russian attack and Biden is still pursuing them, more vigorously than ever.

The Russian attack on Ukraine reveals some huge problems for the West; problems we ignore ever more feverishly. Listening to the news and the multitude of opinions regarding the situation Ukraine, one is struck by the confusion surrounding it all. One minute we read of Russia being frustrated at the slow progress of its invasion. The next we hear the soldiers are at the capital city’s gates. For every utterance on the subject, there is a completely opposite claim. Who and what to believe? Well, there are certain knowable facts and none are good for the West. 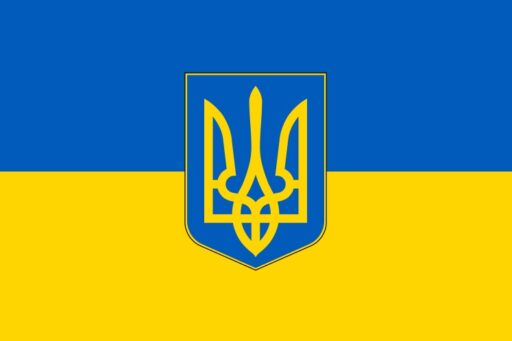 Getting to the truth of a matter requires pulling back to get a wider perspective. From that position it is possible to discern a few basic truths:

Why all this handwringing over a dying country with no strategic importance to the West? The human misery being wrought upon Ukrainians could be reason enough, of course, but why is Nike not equally concerned about North Koreans? And, why is the West not focused to the same degree on the plight of the Uyghurs enslaved in China? Why is Joe Biden, who once bragged about pulling money away from Ukraine unless its government fired a prosecutor the chasing down his corrupt son, now acting as if he was its salvation?

These are important questions as they reveal a west that has lost its soul in many respects. One answer applies to all; the attack on Ukraine by the tyrant Putin, as rotten and evil as it is, is even more a distraction. It’s a coverup and distraction from the dirty deeds of the Biden Crime Family in both Russia and Ukraine. It’s an extremely useful distraction from the complete abysmal failure of the Biden regime on every imaginable front over the last year.

It’s a distraction from the corporatism that surrounds China and its desire to collapse our currency, which may well be what’s really going on here and why an agent of the World Economic Forum and Biden supporter was recently harassing Boris. The WEF is China’s stalking horse and is showing its power to control politicians and, with their orchestration of the Russian bank shutdown, its own ability to control nations themselves.

Yes, China, which is who the World Economic Forum would love to replace the U.S. as the dominant economic force in the world so that a perfect partnership between the Chinese communists and corporatists can ensue. Yes, China, the nation that suddenly is getting a break from attention after creating and exporting a pandemic. The same nation that has purchased the NBA, college after college and company after company. China, there the nation that now owns the Biden Crime Family lock, stock and barrel.

What are we seeing in Ukraine is an unfolding crime by Russia that deserves condemnation, but the West has created the situation in many ways by its own ineptness, callousness toward Ukrainians and absolutely foolish policies while it has deliberately averted its eyes from the much bigger issue that is China.

The ineptness was obvious in the call for Ukraine, more a land than a nation, and one that has been fought over for centuries to join NATO. The callousness was revealed in the way the West used Ukraine as a piggybank for the likes of the Bidens and Clintons. The foolish policies, though, are at the root of why Russia attacked Ukraine and it is these policies the globalist ruling class would very much like to continue pursuing.

Those policies are typified by the German Energiewende, a colossal failure for the German people, but the corporatist template pushed by the World Economic Forum, the IEA and, now Joe Biden. The anti-fracking part of that agenda was also adopted by France, of course, but the United Kingdom offered hope for rational behavior until Boris Johnson decided a neat way to disarm his enemies was to cave to them at the precise moment when fracking was about to deliver a miracle replacement for declining North Sea oil.

The unprincipled Boris, whose principal virtue was not being one of the crazed leftists in the Labor party or hapless “me too, only less so” followers in the Tory party, gave away the store as it turns out. He had the ability to become, not only energy independent, but to deliver all of Europe from the grasp of the Russian bear by declawing it by providing an alternative to Russian natural gas. No one understood this better than our late friend, Nick Grealy, who wrote the following on these pages almost six years ago:

There are some key questions about shale gas internationally, and for now, the international front often means UK shale.  Every country in Europe is awaiting the UK’s decision (on fracking anyway). But geology is the study of planetary resources…

I don’t pretend to be clairvoyant about natural gas, but a realistic view of what the UK will look like should not depend on environmental catastrophe predictions of 2010 that never showed up, or the economics and drilling technology of the decade before now either.

There are two key questions about UK natural gas. One is the number of wells and one is how much those wells will produce. We won’t find the answers from academics stuck in the past who allegedly support the industry (or it’s sub variant, the academic gravy train) nor the various anti fracking groups who party like it’s 2011…

I’ve already mentioned how the more efficient licensing structure of the UK augurs well for increased and cheaper production in the UK than those who still quote economics based on production profiles of the Barnett Shale of 2008.  Further evidence for optimism comes from the surge in US productivity from 2012 onwards, a tsunami of shale that surprised even optimists like myself. Throw in the three killer advantages of UK shale and I still, yes still, propose that UK shale will surprise to the upside. The Three Advantages are compelling, and simple:  upstream, mid-stream and downstream:

The Three Great Advantages … are starting to attract notice of investors worldwide for another reason. The US has so much gas that prices are likely to stay low for years. If you want to make money in oil and gas today, the smart money is thinking – and looking – outside the US box today just as George Mitchell was peering out twenty years ago.

The UK debate needs to move on from a “we need thousands of wells” narrative antis constantly trumpet. The best place to predict what the US experience provides is the up to date version. Along with the The Three Great Advantages, we have Grealy’s Law:  Anything over six weeks old in shale gas is ancient history. What does this year tell us?  Luckily we need look no further than the US Energy Information Administration Monthly Drilling Productivity  reports.

The average new rig production from the Marcellus, Utica and Haynesville gas shales is thus 8,039 million cubic feet. That’s only the initial rate, and yes, it declines. Let’s be charitable and say it could be as much as 50%, so we get down to a 4 MMCF after a year. But, that  rate means150 wells would produce half of UK LNG imports, as they would also contribute about $500 million dollars to our tax revenues as opposed to Qatar’s and knock $1 billion off the trade deficit. For those, like us, who want a low carbon world, that evidently also saves a lot of carbon spent freezing, transporting and reheating LNG.

Imagine where Europe be today if the United Kingdom had allowed development of the Bowland Shale. Sadly, it did not and that is just one more reason the West is in such trouble and why Russia was able to tighten its grip on the European energy supply.

Now, Boris is left bellowing and boasting with no effective way to do anything much to help Ukraine, knowing that he helped enable its destruction as a nation. Germany is backpedaling furiously, but it will take years to push the bear back into his cage. France is at least pursuing nuclear, although fracking would arguably be a much better bet, especially in the near term.

And, bumbling Joe Biden? He’s still taking orders from the global ruling class and amping up his pursuit of the failed strategy that put Ukraine in Russian gunsights and doing absolutely nothing about China—the real threat— other than kissing its behind.