Vanguard Group Out to Lay Foundation for More Green Grifting

Vanguard Group Out to Lay Foundation for More Green Grifting

[Editor’s Note: The Vanguard Group is the appropriate target of some FERC questioning of its motives, which appear to be lay a foundation for utility control and future grift.]

The Federal Energy Regulatory Commission’s (FERC) two Republican members, Mark Christie and James Danly, sent a letter to Vanguard Group asking the company for detailed information about how it throws its weight around with the companies it invests in. Specifically, the two FERC commissioners want to know if Vanguard, with some $8.5 trillion (!) under management, is guilty of forcing local electric utility companies to avoid using or buying electricity that comes from natural gas power plants, under the excuse of lowering so-called greenhouse gas emissions. 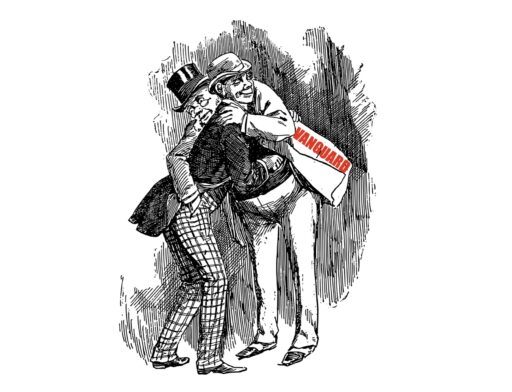 Yes, the left has thoroughly infiltrated and corrupted our banking system. The left is attempting to bully companies into abandoning fossil energy. BlackRock, the largest investment firm on the planet (with $10 trillion in assets under management), is another offender along these lines–one that West Virginia has quit doing business with (see WV Ends Business with 5 Banks Guilty of Boycotting Fossil Fuels). It appears FERC suspects the same kind of bullying behavior is happening with Vanguard and its $8.5 trillion in asset management:

* Commissioners Mark Christie and James Danly of the Federal Energy Regulatory Commission are seeking information from Vanguard Group about whether it has tried to influence utility generation mixes through its stock ownership.

* Vanguard’s request for a blanket authorization to own up to 20% of a utility company’s voting shares demands scrutiny because Vanguard and its affiliates could potentially exercise “profound control” over the utilities it owns, Christie and Danly said in a joint statement Thursday, noting that since FERC approved Vanguard’s previous authorization in 2019, the company’s assets under management have grown from $5 trillion to $8.5 trillion.

* “Should a company like Vanguard seek to influence the management and operation of Utilities’ generation portfolio, for example, this could have a significant impact on the rates consumers pay for electrical service,” the commissioners said.

Under the Federal Power Act, FERC issues blanket authorizations allowing financial firms like Vanguard to own up to 20% of a utility company’s voting securities, with no individual fund or affiliated entity owning more than 10%.

As an example of the role major investment firms play in utility stock ownership, Vanguard Group was NextEra Energy Resources’ top institutional shareholder, with a 9.28% stake in the company on March 30; six Vanguard mutual funds owned an additional 7.89% of NextEra’s shares, according to Yahoo Finance.

Vanguard and its affiliated investment companies and funds in February asked FERC to extend its existing blanket authorization for three years. On Monday, a day before Vanguard’s authorization was set to expire, FERC staff extended the authorization by nine months.

In their statement seeking more information from Vanguard, Christie and Danly said financial firms could seek to influence a utility’s power plant portfolio through their control of voting securities.

“The commission must assure itself that, at the very least, companies seeking this type of authorization are subject to controls designed to ensure that such influence is impossible,” Christie and Danly said.

The commissioners asked Vanguard to respond to a series of questions, including disclosing any communications between the company and utility boards of directors about plans to retire power plants and their long-range resource plans.

“What processes or policies do the Applicants have in place to ensure that they do not force or advocate for policies that will have the effect, even indirectly, of changing the manner in which power is generated or transmitted which will necessarily have an effect on rates?” the commissioners asked.

In response to BlackRock’s similar request for blanket authorization to own up to 20% of a utility company’s voting securities, Public Citizen, a consumer watchdog group, warned in March that FERC may not be adequately reviewing utility ownership by financial firms.

BlackRock, Vanguard and State Street controlled 82% of all assets flowing into all investment funds over the last decade and command as much as 80% of the global exchange-traded fund market, Tyson Slocum, director of Public Citizen’s energy program, said in the protest.

Slocum urged FERC to assess whether granting BlackRock blanket authorization to own up to 20% of a utility company would harm competition and produce unjust rates.

In a concurrence to the decision approving BlackRock’s application in April, FERC Commissioner Allison Clements said the agency may not have adequate tools to evaluate the effects of blanket authorizations for major investment firms buying utility voting securities. She encouraged “further generic consideration” of the analysis required by the commission when evaluating blanket authorizations.

“The claim that huge asset managers such as BlackRock, State Street and Vanguard are merely passive investors in publicly held corporations, investing purely for the benefit of their beneficiaries ? many of whom are retirees receiving pensions ? is no longer credible,” Christie said. “BlackRock, in particular, has been openly aggressive in using its massive financial power to influence corporate policy in areas far attenuated from the legitimate money-management goals of protecting the incomes and investment interests of its beneficiaries.”

The Thursday statement from Christie and Danly could be connected to a backlash to environment, social and governance investing, Ari Peskoe, director of Harvard Law School’s Electricity Law Initiative, said in an email Thursday.

Thank he letter/statement from FERC’s Christie and Danly to Vanguard, putting the company on notice may be found here.

Editor’s Note: This post from Jim’s site provides still further evidence of what is truly behind the global warming scam and, once again we see it’s not about science or ideology at all and never has been. No, it’s about power and money companies such as BlackRock, the Vanguard Group, Goldman Sachs, JPMorgan Chase & Co., Morgan Stanley and Wells Fargo & Co. hope to steal from all of us in their effort to build a globalist empire that will permit them to operate as monarches while making serfs of the rest of us. This is the big battle of our generation and it’s against a cabal of Bigs (Banks, Tech, Foundations, Government, etc.) that intends to squelch all speech it doesn’t accept, own everything  and run everything.