Vanity Is A Wonderful Gift for Which We Should Be Thankful

Vanity Is A Wonderful Gift for Which We Should Be Thankful

Pride is one of the two great sins, envy being the other, but there is a cure in the personal vanity arising among the prideful. We should be thankful for it!

Vanity is an unappreciated gift. Not to individuals, but to civil freedom-loving societies who unknowingly depend upon it to bring would be tyrants to their knees, A lot of keystrokes have been invested in posts here on this little blog about the dangers of cultish ideologies, corporatism, corruption and the loss of free speech and other liberties enjoyed by civil societies. Every one of these is an extraordinarily real threat. Yet, history promises us none of these will ultimately destroy the human spirit God has infused into us. No, these things will destroyed by the vanity of those behind the threats. Each Tower of Babel will collapse in a heap as vanity replaces virtue. 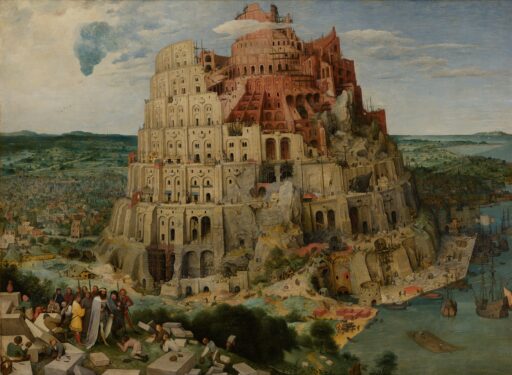 Tower of Babel painting by Pieter Brueghel the Elder

The Tower of Babel story is told in Genesis, of course. Many treat it as simply a mythical explanation of why there are so many languages and differences among men, but it’s really about vanity, as the fourth verse of Chapter 11 shows:

Then they said, “Come, let us build ourselves a city and a tower with its top in the heavens, and let us make a name for ourselves; otherwise we shall be scattered abroad upon the face of the whole earth.”

Pride has always been the flaw that has caused man to attempt to be God. It’s been a problem since the beginning but, it is vanity that is the flip side of the coin. Pride is the self-delusion that we can be gods. Vanity is its outward expression, the need to show others we not only believe we can be gods but that one is uniquely positioned to be king of the gods, Zeus if you will. Pride ultimately destroys itself every single time but vanity is the mechanism, the step too far, the need to be elevated and to control others. What pride creates, vanity destroys.

That’s why we need to be thankful in an era of pride as men everywhere attempt, yet again, to create new utopian worlds and Emerald Cities where capitalism is replaced by the latest new variant of socialism, where modern industry is replaced by hard labor chopping firewood and free-thinking individuals are replaced by robots and serfs; because vanity is already destroying the would-be kings of the universe.

Think about Klaus Schwab, the comic book character leading the World Economic Forum. Listen to him talk for a few seconds about how he and his band of elites plan to take over the world. Imagine him sitting on a throne, dressed in Teutonic drag with a purring cat on his lap that he is petting as he issues proclamations about owning nothing and perversely being happy. He has surrendered completely to vanity and has advanced to the stage where he is but a caricature of himself, as they say. He’s now operating at Level 9 on the Silliness Scale.

Pride created the WEF and the vanity Klaus now displays as he moves self-righteous pawns such as Justin Trudeau about on his chess board is in the process of destroying what he created. It’s every mad, genius take over the world movie we ever saw and, at age 84, when he ought to know better, the man really believe he can pull it off but he won’t.

That’s because we’ve all seen the movie before. The French Revolution was a disaster. The Soviet Union became the Evil Empire in real life and collapsed, although it took decades. Every Marxist attempt to reinvent society has ended in abject failure. Yet, there are always those who will attempt it one more time (think not only Klaus, but Bill Gates, Larry Fink, George Soros, et al).

This is what the climate cult is all about. We’ve had nearly a half-century of failed predictions of doom just around the corner if we don’t do something to appease the global warming gods. Now, we are getting serious proposals to restrict travel, control bank accounts and replace meat with bugs as part of this modern-day religious crusade for which the outrageous COVID response was a test run, with little Napoleon Fauci in charge.

Yes, corruption is all around us and the potential loss of our freedoms, especially freedom of speech, is an ever bigger cloud over our future, but resistance, not living hy lies, is key. And, we can depend on help from a strange gift for which we should all be thankful today. It is vanity, the fatal weakness that destroys the prideful, crushes the evil dreams of tyrants and brings down every Tower of Babel. It will be no different this time.

The World Economic Forum, pipsqueak rulers such as Trudeau, tycoons such Fink, Gates and Soros and the Chinese Communist Party and their new perpetual leader, Xi, will all be brought down by vanity. Think about what just happened to FTX; a vanity project if there ever was one. Think about the lords of Twitter who took a wildly successful speech platform to the brink of ruin as they played God over speech and are now jobless. If pneumonia is the old man’s friend, vanity is the friend of civil society, the gift that keeps restoring it by ridding it of old bad ideas and bad people whenever they invariably rise again.