[Editor’s Note: Vermont has been selling green virtue signaling badges for some time and now they realize they may have to buy them all back!]

For years Vermont has made millions of dollars selling Renewable Energy Credits (RECs) to other states–a scam that allows pretentious environmentalists to claim they’re helping out the environment when in fact they still burn the same fossil fuels and biomass (i.e. woodburning) as they always did by paying a fee, a REC, and absolving themselves of feeling bad about it. Think of modern-day RECs like the church selling indulgences in the Middle Ages to absolve you of your sins, or at least lessen the punishment for your sins. RECs are the new indulgences of the post-everything era we live in now. Selling REC indulgences is about to go away for Vermonters, and it may lead to widespread blackouts. 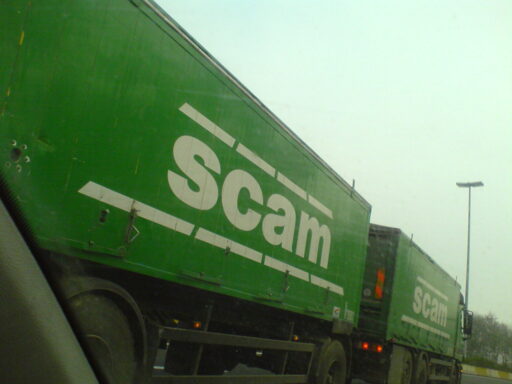 The article below requires you to wrap your head around RECs, how Vermont has trafficked in them over the past few years (making millions of dollars), and how/why that’s coming to an abrupt end. One person quoted in the article compares the Vermont REC-selling scheme to Enron. Yikes.

What doesn’t require too much brainpower is to understand that Vermont has steadfastly refused any new natural gas pipelines into the state, and that arrogance will soon, in tandem with a change in RECs, lead to blackouts of the Vermont power grid that over-relies on solar and wind. See what happened to California last summer with their widespread blackouts due to over-reliance on renewables? See what happened to Texas in February with an over-reliance on wind power (when backup gas-fired plants went offline too)? That’s what’s coming to Vermont in the near future.

The heck of it is Vermont’s primary backup to avoid blackouts is natural gas for its electric power plants, and because the state has blocked any new pipelines, the state must (on occasion) import LNG from tankers. Since we have the Jones Act that prohibits LNG shipments from port to port in the U.S. unless the ship is built and crewed here (no such ships currently exist), the LNG that Vermont uses for backup must come from foreign countries. It’s an insult.

For several years, Vermont has made millions selling Renewable Energy Credits (RECs) to other states. But the 2020 Global Warming Solutions Act will soon cut off this cash flow, which would raise rates. There is also the chance the GWSA might set in motion a chain of events culminating in electric blackouts.

In the Senate Finance Committee on Feb. 16, Sen. Randy Brock, R-Franklin, asked Ed McNamara of the Department of Public Service some probing questions about Vermont’s sale of RECs out of state.

Whenever a solar, wind or other renewable array produces a megawatt of electricity, the utility is notified. The New England Power Pool Generation Information System (Nepool GIS), produces a REC showing where it was produced. This can be sold independently of the corresponding electricity in a secondary market to meet states’ mandates. Of late, Massachusetts and Connecticut have bought millions of Vermont-farmed RECs because their states haven’t made enough renewable electricity RECs in-state to meet the REC mandates set by their legislatures. So the price of selling many Vermont RECs in New England vastly exceeds the price of selling a REC within Vermont.

McNamara testified that in the early 2010s, “the (Vermont) Legislature essentially told Green Mountain Power (GMP) and the other utilities, ‘go out and build wind, go out and contract for wind.’ And (GMP) is now saying (in 2021), ‘OK, that wind that you built? We don’t value that (REC). So sell that (REC) to Massachusetts, sell it to Connecticut (instead).’”

Brock found this testimony remarkable. “I just picture myself sitting in this seat in Massachusetts and trying to explain to my constituents why I just spent $3 million to buy something worth $80,000 (in) Vermont?”

Brock was referring to the Public Utility Commission’s presentation, which used Kingdom Community Wind, the 160,000 MWh project in Orleans County, as an example of how Vermont sells its RECs to other states. Vermonters are paying Kingdom Community $80,000 (the internal REC rate in Vermont) to make 160,000 RECs representing 160,000 MWh in electricity. Vermont can sell those RECs to Massachusetts for $3.7 million.

Brock continued, “I’m just having difficulty trying to articulate that. I mean, this reminds me of Enron quite frankly.” For reference, Enron was an energy company that declared bankruptcy in 2001 after using fraudulent accounting schemes to defraud investors.

Simply put, Vermont could not sell RECs in a free market. So far, we’ve been able to take advantage of the situation by turning our massive, Vermont taxpayer-subsidized investments in renewable energy from the past 15 years into a cash flow. Neighboring states have stricter REC mandates and higher demand for Vermont RECs than Vermont does internally.

This flexibility will disappear soon. RECs sold out of state cannot be counted “toward (a state’s) renewable energy or greenhouse gas reduction goals.” Which is a problem considering that Vermont self-imposed a 26% cut in 2005.

2 levels by 2025 in passing the GWSA. So we’ll need to keep more of our RECs in-state to obey the GWSA. Vermont’s electric rates will rise as utilities receive less out-of-state money to pay them down.

Or we could build more renewable energy arrays, produce more RECs, meet our GWSA restrictions, and continue selling RECs out-of-state. But that would mean higher electric rates. And it would increase the chance of blackouts.

In her recent 2020 book “Shorting the Grid,” that predicted the 2021 Texas blackouts, energy expert Meredith Angwin notes that most energy sources cannot be relied upon to independently provide electricity 100% of the time. Quebec exports less electricity from its hydro dams to Vermont during cold snaps, solar is not available at night and wind energy doesn’t work when the wind stops blowing.

Fortress Vermont assumes we can implement grid-level back-up power storage, something which doesn’t (and may never) exist. Let’s research grid-level storage before proclaiming $1.2 billion for Fortress is a grid ‘fix-all.’

Despite renewables investment, there is no getting around Vermont’s supplemental need for liquefied natural gas tanker deliveries to electric power plants during the winter. For a state unwilling to build natural gas pipelines, natural gas tankers remain our only backup of renewables — a proposition asking for blackouts if the tankers get delayed and renewable generation goes AWOL.

Wealthy Vermonters may purchase personal generators to ward off blackouts. The rest of us may permanently turn against Vermont’s over-reliance on renewables when our electricity is shut off for days. In this scenario, our goodwill toward renewables could be completely destroyed.