We Are the Renewable Energy Resources We Seek

The fallacy behind the theory peak oil and supposed shortages of other supposedly finite energy sources is that the resources are the minerals and not us.

The new year presents an opportunity to step back and appreciate the driver of progress in the free economy: the liberated, liberating entrepreneur. The change-makers of the market drive the creation and usage of resources, as well documented by the oil and gas extraction revolution of the last decade or more.

But a largely invisible, ongoing application in the U.S. and elsewhere deserves more attention. Instead of futile and wasteful (government) mitigation policy, the positive approach to climate policy is human ingenuity to anticipate, mitigate, or just capitalize on changing weather patterns, aka climate change. 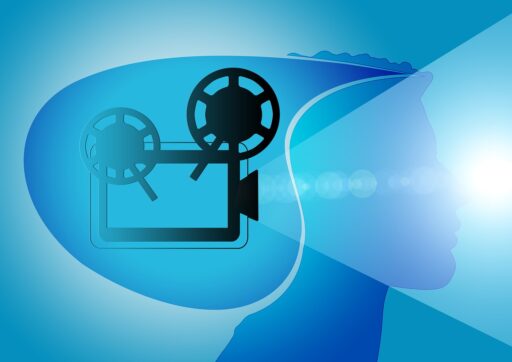 Increasing ‘depletable’ resources is a paradigmatic example of what Julian Simon called “the ultimate resource,” human ingenuity. Resourceship is a term that the followers of Erich Zimmermann (quotations below), from Stephen McDonald to Pierre Desrochers, have popularized for human ingenuity applied to minerals.

“Resources presuppose a person.  They are an expression or reflection of human appraisal.  The appraisal finds that something can serve as means to given ends, that one can rely on it for aid, support, or supply.” – Erich Zimmermann, World Resources and Industries (New York: Harper & Brothers, 1951), p. 7.

“Resources are highly dynamic functional concepts; they are not, they become, they evolve out of the triune interaction of nature, man, and culture, in which nature sets outer limits, but man and culture are largely responsible for the portion of physical totality that is made available for human use.” – Zimmermann, op cit., pp. 814-15.

“Not all the coal in the world can contribute as much mental and spiritual guidance, as much planning, inventing, and aspiring, as one man. Man’s forte is brain, not brawn.” – Zimmermann, op cit., p. 43.

“Incomparably greatest among human resources is knowledge.  It is greatest because it is the mother of other resources. The aboriginal inhabitants of what is now the United States lived in a poverty-stricken environment. For them no coal existed, no petroleum, no metals beyond nuggets of pure copper. Of electrical energy they had no inkling. . . .  – Wesley Mitchell, “Conservation, Liberty, and Economics,” The Foundations of Conservation Education (New York:  National Wildlife Federation, 1941), p. 1.

“Not only is knowledge the greatest of resources, it is also the resource that we have counted upon to grow richer with every decade. The cumulative expansion of science and of its practical applications has emboldened us to expect that each generation of our descendants will discover new resources and more efficient ways of using old ones.” – Mitchell, op cit. p. 2.

“Viewing resources as ‘services’ rather than stocks leads to the important conclusion that the resource pie is not fixed but changeable, and thus there is no inherent reason for the stocks of resources to diminish over time. On the contrary, since resources are a function of knowledge, and since our stock of knowledge has increased over time, it should come as no surprise that the stock of physical resources has also been expanding.” – David Osterfeld, Prosperity Versus Planning:  How Government Stifles Economic Growth (New York:  Oxford University Press, 1992), p. 99.

“The reason that Malthusian hypotheses are continually refuted is that they fail to take into account how human ingenuity stimulated by market forces finds ways to cope with natural resource constraints. . . .  Human ingenuity is switched on by market prices that signal increasing scarcity and provide rewards for those who mitigate resource constraints by reducing consumption, finding substitutes, and improving productivity.” – Terry Anderson and Donald Leal, Free Market Environmentalism (New York: Palgrave, 2001), p. 3.

“It seems impossible to reconcile data with any theory or vision that oil is a ‘limited exhaustible resource,’ becoming ever more scarce and expensive. What we observe is the net result of two contrary forces:  diminishing returns, as the industry moves from larger to smaller deposits and from better to poorer quality, versus increasing knowledge of science and technology generally, and of local geological structures. So far, increasing knowledge has won.”  – Morris Adelman, “Trends in the Price and Supply of Oil,” in Julian Simon, ed., The State of Humanity (Cambridge,  MA: Blackwell, 1995), p. 292.

“The oil we now regard as so precious was utterly worthless to the American Indians, who did not even know it was there, and only a little more valuable to the white men who first discovered it but had few uses for it. What ultimately gave oil its value were the technological inventions of those who found ways to use it, to make it serve us, to increase our freedom, our mobility, and our standard of living.”  – Warren Brookes, “The Energy of Mind vs. The Entropy of Matter,” Thomas Bray, ed., Unconventional Wisdoms:  The Best of Warren Brookes (San Francisco:  Pacific Research Institute, 1997), p. 21.

“The most important energy is not physical but mental, and that if the physical or energy part of our wealth may seem to diminish, the metaphysical or know-how part of our wealth can only increase.  Even when we make mistakes we learn more; and the more we learn, the more we understand and the wealthier we become.  We are always being taught through clearer ideas how to do more with less.” – Brookes, op cit., p. 21.

Editor’s Note: Robert Bradley and his sources articulate an extremely important point; we’ll never run out of energy as long as we have human ingenuity because that ingenuity is the source of the energy, not the minerals, the sun, the wind, the waves, the biomass or the geothermal heat. These things are valuable only so long as there are people able to capture their energy. We are the ultimate in renewable resources because we have the capacity to use what we possess and we are forever innovating.

This is why renewables are always on the horizon and never here except in some artificial subsidized variation, because they tend to be old technology—yesterday’s innovations—while other more significant innovations are taking place across other energy sectors. It is also why population control for the sake of “saving the planet,” as advanced by AOC and other like-minded pessimists, is precisely the wrong strategy. We human beings are the resources and human ingenuity combined with the division of labor is what provides for the future.