A bill introduced by Massachusetts Senator-Demagogues Markey and Warren for the purpose of killing the Weymouth Compressor Station provides a pitch-perfect illustration of how utterly dysfunctional our government has become.

Talk about using a sledgehammer to kill a fly. The two U.S. Senators from Massachusetts, Elizabeth “Pocahontas” Warren and Ed “Lackey” Markey, have reintroduced a bill that would ban the use of compressor stations along natural gas pipelines if those pipelines happen to export some of the gas flowing through them to Canada or Mexico.

Do these idiots understand how much gas is imported and exported with Canada and Mexico every single day? That they propose to shut down all of it, simply so they can shut down a single compressor station in Weymouth, Mass., is sick and twisted… 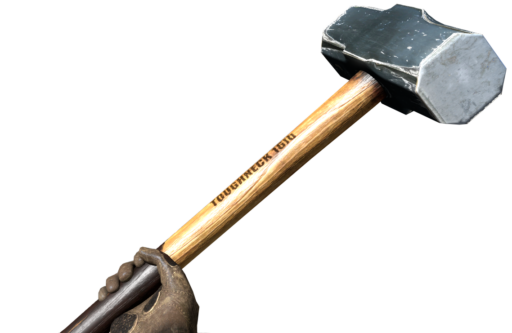 Markey and Warren are reintroducing the so-called Community Outreach, Maintenance, and Preservation by Restricting Export Stations from Subverting Our Regulations (COMPRESSOR) Act, legislation that would “block the placement into service or operation of any natural gas compressor station that would be built as part of a pipeline project meant to export natural gas.”

The main focus of the COMPRESSOR bill is to ban the operation of the compressor station in Weymouth, Mass., finally put into service in January (see Weymouth, MA Compressor Station Now Online – Will it Stay Online?).

Some of the gas flowing through the Weymouth compressor will get exported to Canada. What is most disturbing is that Markey and Warren are willing to sacrifice ALL exports to Canada simply to shut down one compressor station. Again, any compressor “in operation” that exports natural gas must be shut down under this bill.

Did you know that in January 2021, the U.S. exported 143 billion cubic feet of natural gas to Canada?! That’s an average of 4.6 Bcf/d flowing into Canada every single day. Can you imagine that market getting shut down because of this cancerous bill?

Here’s the press release issued by the disgusting U.S. Senators from the People’s Republic of Massachusetts:

Markey and Elizabeth Warren today announced the reintroduction of the Community Outreach, Maintenance, and Preservation by Restricting Export Stations from Subverting Our Regulations (COMPRESSOR) Act, legislation that would block the placement into service or operation of any natural gas compressor station that would be built as part of a pipeline project meant to export natural gas. This bill would ban the operation of the controversial compressor station in Weymouth, Massachusetts, which was constructed to facilitate the distribution of natural gas through Massachusetts and export it to Canada.

“Last year’s unplanned gas releases highlighted the direct threat that the Weymouth compressor station poses to public safety, yet the surrounding community’s concerns have gone unheard,” said Senator Markey. “This hazardous project forces residents to sacrifice their health and safety so there can be a throughway for foreign gas markets. The COMPRESSOR Act would put an immediate stop to these health risks and ensure that dangerous and unnecessary fossil fuel projects aren’t forced upon our communities.”

“Major gas projects like the Weymouth compressor station increase our reliance on fossil fuels while ignoring the concerns of households and families who are most affected,” said Senator Warren. “I am glad to reintroduce this legislation to help ensure that the health and safety of residents in Weymouth, the South Shore, and across the Commonwealth are not jeopardized just so that gas companies like Enbridge can line their pockets by exporting natural gas overseas.”

A copy of the COMPRESSOR Act can be found HERE.

The Weymouth compressor station sits in a densely populated residential area on the South Shore of Massachusetts and poses a grave risk to the health and safety of Weymouth residents and surrounding communities. On January 22, 2021, the Pipeline and Hazardous Materials Safety Administration (PHMSA) allowed the Weymouth compressor station to resume operations following an investigation into unplanned gas releases that caused the site to deploy two emergency shutdowns in September 2020. After the emergency shutdowns, Congressman Stephen Lynch (MA-08) and Senators Markey and Warren wrote letters to Federal Energy Regulatory Commission (FERC) demanding it revoke the certificate of approval for the Weymouth compressor station due to the public safety threat of the site.

On February 22, 2021, Congressman Lynch and Senators Markey and Warren again wrote to FERC, urging the expeditious approval of the rehearing request for the in-service authorization issued for the Weymouth compressor station.

Here’s how the sycophants at the Quincy, Mass. Patriot Ledger “report” the news:

“None of this natural gas is needed for Massachusetts. It’s just being shipped through like a straw for the benefit of the natural gas companies,” Markey, D-MA, said Friday. “I’ll be working to prevent the construction and operation of facilities like the Weymouth compressor, which ask communities to bear all of the risks.”

Markey visited the compressor station site Friday morning along with state and local officials, including Democratic State Reps. James Murphy of Weymouth and Joan Meschino of Hull; and State Sens. Patrick O’Connor, R-Weymouth, John Keenan, D-Quincy, and Walter Timilty, D-Milton. Members of the Fore River Residents Against the Compressor Station also turned out to show their opposition to the compressor, which is now fully constructed.

“It is time we end this dangerous project once and for all,” Markey told the crowd. “Let us keep up this fight. We’re going to take it to the Federal Energy Regulatory Commission and we’re not going to stop until we win.”

The compressor station is part of Enbridge’s Atlantic Bridge project, which expands the company’s natural gas pipelines from New Jersey into Canada. Since the station was proposed in 2015, residents have argued it presents serious health and safety risks.

The Federal Energy Regulatory Commission recently voted to take a look at several issues associated with the compressor station, including whether the station’s expected air emissions and public safety impacts should prompt commissioners to reexamine the project.

Alice Arena, leader of the Fore River Residents Against the Compressor Station, said the citizens group recently celebrated the sixth anniversary of its opposition to the project. She said all members of the local delegation have worked alongside residents to fight against the compressor station.

“Although we see here that it’s constructed, it’s not operating,” Arena said. “Enbridge will tell you it’s operation, but Enbridge has a little problem with truthiness. We have been watching this vigilantly and we know that they have not been performing like they should.”

Max Bergeron, a spokesperson for Enbridge, said Friday that the facility has been operation since Jan. 25, 2021.

“Compressor units do not always need to run around the clock to meet the operating requirements of a natural gas pipeline system,” he said in an email. “As is often the case, utilization of compressor units at compressor stations may not be immediately required, though the station is still considered operational while waiting to provide compression when system conditions dictate.”

Bergeron also pointed to declarations from energy companies that would access additional natural gas as a result of the compressor station, including the Footprint Power Salem Harbor power station in Salem. He said the power plant is not a direct customer, but would benefit from the project.

State regulators also issued several permits for the project despite vehement and organized opposition from local officials and residents. The Town of Weymouth alone filed two dozen lawsuits and spent more than $1.6 million in legal fees attempting to stop the project.

Weymouth has since entered into an agreement with Enbridge that provides the town with $10 million upfront and potentially $28 million in tax revenue over the next 35 years. In return, the town agreed not to pursue any outstanding appeals.

We’ve not seen anyone pointing out the fact this legislation would shut down ALL operating compressor stations along pipelines where natural gas gets exported.