Wind and Solar Are Intermittent and Incapable of Meeting Our Needs

Before world leaders move too fast to consummate their climate policies, they need to be cognizant of two “aha” moments: 1) wind and solar can only generate intermittent electricity, and 2) electricity cannot manufacture the oil derivatives that are the basis of the thousands of products that have built the world’s cities, countries, and economies over the last 200 years.

Can you imagine primitive man with an abundance of wind and solar electricity and nothing to power! Imagine living with Just GREEN Electricity. 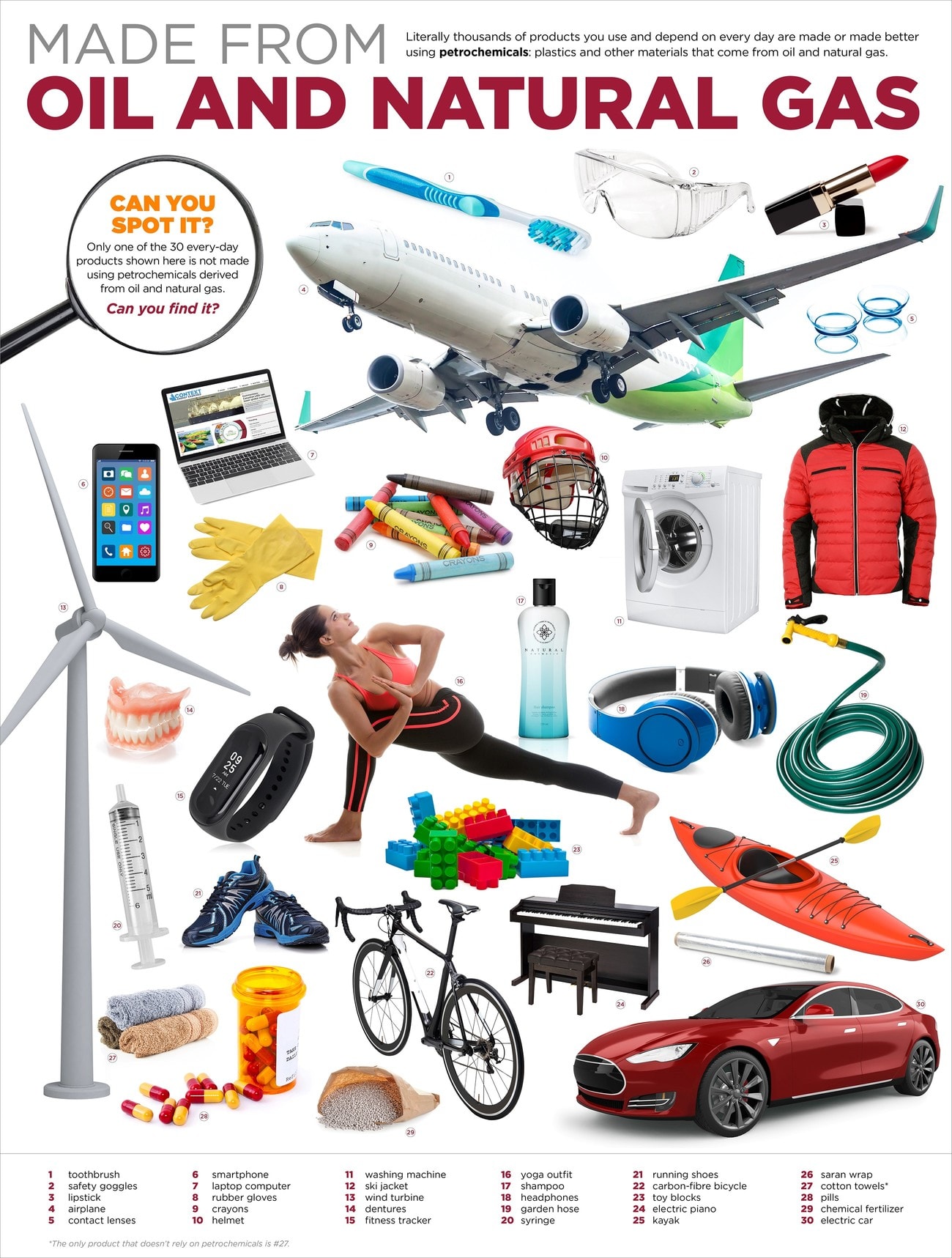 Interestingly, for more than two centuries the most important benefit to humanity from fossil fuels has been the oil derivatives, that electricity CANNOT provide, and NOT the fuels that can be manufactured for the transportation and military infrastructures.

The world has had more than 200 years to develop clones or generics to replace the crude oil derivatives that are the foundation of all the products demanded by lifestyles and economies around the world. Wind and solar are not only incapable of manufacturing any such derivatives, but the manufacturing of wind and solar components are themselves 100 percent dependent on the derivatives made from crude oil.

Ever since the beginning of manufacturing and assembly of cars, trucks, airplanes, and military equipment in the early 1900’s, and the discovery of the versatility of products that could be made from petroleum derivatives, the world has had almost 200 years to develop clones or generics to replace the crude oil derivatives that account for more than 6,000 products that are the basis of lifestyles and economies of the healthier and wealthier countries around the world.

The big push for more wind and solar generated intermittent electricity does not look promising as finding the land for all that intermittent electricity generations will not be easy. Opposition is growing to solar and wind farms from rural landowners and conservationists, as states work to meet their climate goals. Columbia University’s Sabin Center for Climate Change Law released a report in February 2021 that found local governments in 31 states have already adopted at least 100 ordinances blocking or restricting new intermittent electricity facilities.

The current passion to implement a world with only intermittent electricity is oblivious to the unintended consequences of a world without fossil fuels. The signatories to the green movement have failed to imagine how life was without that industry that did not exist before 1900 when we had, NO medications and medical equipment, NO vaccines, NO water filtration systems, NO sanitation systems, NO fertilizers to help feed billions, NO pesticides to control locusts and other pests, NO communications systems, including cell phones, computers, iPhones, and iPads, NO vehicles, NO airlines that now move 4 billion people around the world, NO  cruise ships that now move 25 million passengers around the world, NO merchant ships that are now moving billions of dollars of products monthly throughout the world, NO tires for vehicles, and NO asphalt for roads, and NO space program.

During the Covid-19 pandemic, it was almost like living in the 1800’s with virtually no transportation systems, BUT and that’s a BIG BUT, we were able to survive the quarantine as we benefited from all those products derived from the derivatives from oil that produced all the critical medical equipment like ultrasound systems, mechanical ventilators, exhalation valves, inhalation valves, CT systems, X-ray, medicines, masks, gloves, soap and hand sanitizers for hospitals, and protective gowns, gloves and face shields gear for doctors and nurses. All those products begin from crude oil, or as the Wall Street Journal states – “Big Oil to the Coronavirus Rescue.” Vaccines need refrigeration, and refrigeration need electricity, especially in the hospital sector where redundant generation capacity is a mandate.

All the electronics and communications equipment that allowed us to work virtually are powered by electricity but are all “made” with the derivatives from petroleum that did not exist before 1900.

Before 1900 the world had no medications, electronics, cosmetics, plastics, fertilizers, transportation, and military infrastructures. Looking back just a few short centuries, we have come a long way since the pioneer days.

Also, before 1900, the world had very little commerce and without transportation there is no commerce. The two prime movers that have done more for the cause of globalization than any other: the diesel engine and the jet turbine, both get their fuels from oil. Road and air travel now dominate most people’s lives.

In case you do not remember, we also had virtually no military aircraft carriers, destroyers, submarines, planes, and tanks around the world before 1900. Both WW I and II were won by the Allies, as they had more oil, petroleum, and coal than the Axis Powers of Germany, Italy, and Japan to operate their military equipment, move troop convoys, and supplies around the world.

Today, oil and gas is not just an American business with a few refineries in the country, but an international industry with more than 700 refineries worldwide of the suppliers that meet global demands. There are also 62,500 power plants around the world operating today, all types, generating electricity for the world’s inhabitants. Of that total, more than 2,449 are coal-fired power plants and more than 546 new coal power plants being built worldwide.

America has about four percent of the world’s population (330 million vs. 8 billion), yet a major focus of America’s climate policies has been targeted toward the oil and natural gas industry that was virtually non-existent before 1900.

The world continues to manufacture the following to meet demands of societies:

To keep economies, lifestyles, and prosperity continuing their growth among humanity, the world’s focus should be toward the development of clones or generics to the oil derivatives that have made possible the robust economies and humanity living standards of today, and not just on expansion of intermittent electricity generation from wind and solar.