Wind and Solar Do Nothing for PJM’s CO2 Emissions

Wind and Solar Do Nothing for PJM’s CO2 Emissions

[Editor’s Note: RGGI has subsidized wind and solar with no net effect on emissions; demonstrating government can only make a mess of things and raise prices paid by citizens.]

As the imposition of a tax on the use of fossil fuels is debated in Pennsylvania and Virginia, along comes an analysis showing the failure of such efforts to reduce emissions of carbon dioxide in the name of saving the planet.

Under a multi-state compact known as the Regional Greenhouse Gas Initiative (RGGI), Virginia already taxes producers of electricity on the basis of how much carbon dioxide they emit in burning fossil fuels — mainly coal and natural gas. Efforts to have the state withdraw from RGGI appear to have stalled. Pennsylvania officially entered RGGI July 1 and would begin collecting the carbon tax next year unless court challenges or a Republican takeover of the governor’s office this fall manage to reverse the state’s participation. 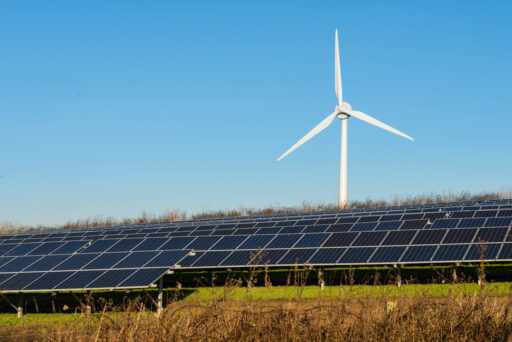 These facilities are financed by grifting off the government, do nothing to reduce emissions and threaten to leave us in the same situation as Germany today; starved for energy with exploding prices to purchase it. RGGI is doing the same thing here.

In both states, opponents of the carbon tax have shown that justifications for RGGI are without scientific basis. That is, there is not a climate emergency from which Earth needs saving. And, in any case, the so-called solution offered by RGGI would make no difference in the weather now or in the future. Thus far, such expressions of reason and common sense have been insufficient to derail a program that promises higher electricity prices and job losses.

Perhaps the powers that be should read a recent analysis by David Stevenson, director of the Delaware-based Caesar Rodney Institute’s Center for Energy & Environment: An increased use of wind and solar energy — the climate alarmists’ preferred alternatives to fossil fuels — failed to reduce emissions of carbon dioxide in the PJM Interconnection service area between 2019-21 despite adding $1 billion a year to power costs as a result of subsidies and taxes, according to Mr. Stevenson.

“Wind and solar electric generation are actually poor technologies no one would use without permanent government mandates and massive subsidies and taxes that are adding $1 billion a year in power cost,” writes Mr. Stevenson. “They are also unreliable, non-recyclable, have negative environmental impacts, have shorter productive life spans than alternative power sources, and take up a lot of ground. If it doesn’t reduce carbon dioxide emissions why are we using wind and solar?”

Both Pennsylvania and Virginia are part of the PJM power grid, which serves 65 million people in 13 states — mostly in the Mid-Atlantic and extending into parts of the Midwest. It is the largest such regional power grid, providing 22 percent of the country’s electricity.

Although carbon dioxide emissions decreased by 0.9 percent during the study period, the reduction likely would have been 2.5 percent but for inefficiencies forced on fossil-fuel-fired plants, Stevenson found. Subsidized wind and solar facilities are placed in operation ahead of other sources but have to be backed up by fossil fuels, nuclear and hydro when wind and sunlight are not available. The efficiency of coal plants drops when they have to ramp up and down to accommodate the variability of wind and solar, which results in increased plant emissions.

Stevenson attributes the relatively minor decrease in carbon dioxide emissions to the replacement of some coal-fired generation with lower-carbon natural gas.

“This lack of CO2 reduction by wind and solar comes at a high cost. Taxpayers and electric customers provide expensive subsidies totaling almost $2 billion in the 2020-21 period, or $1 billion a year,” he says.

Combined wind and solar generation in PJM grew about 30 percent over 2019-21, but still only equaled about 4 percent of total production despite more than a decade of mandates and subsidies, said Stevenson.

So, pouring money into wind and solar have accomplished little more than the transfer of wealth from taxpayers and consumers to the climate industrial complex. Can Pennsylvanians and Virginians expect RGGI do anything else?

Gregory Wrightstone is the Executive Director of the CO2 Coalition, a geologist, past IPCC expert reviewer, and author of “Inconvenient Facts: The science that Al Gore doesn’t want you to know.“

Gordon Tomb is a Senior Advisor to the CO2 Coalition, a Senior Fellow with the Commonwealth Foundation, and and primary editor of “Inconvenient Facts: The science that Al Gore doesn’t want you to know.“

This commentary was first published at Real Clear Energy July 22, 2022.