Editor’s Note: Boris Johnson, who rejected fracking, now wants to take the United Kingdom right into the wind power trap just like the idiots in California.

Boris Johnson, the prime minister of the United Kingdom, has, to get net-zero greenhouse gas emissions by 2050, pledged that offshore wind will power every home by 2030. Johnson got suckered into believing that offshore wind was cheaper than coal and natural gas and could power 100 percent of the U.K. grid. It is difficult to believe that the leader of the U.K. could expect that an intermittent technology such as wind could power the entire U.K. grid with electricity storage still being uneconomic.

Under a carbon free scenario, storage batteries will be in competition with batteries for electric vehicles. And, since China dominates the battery supply chain and the materials needed to produce them, it is unlikely that storage batteries will be economic any time soon. Western nations are also presented with the dilemma of becoming entirely dependent upon China for the provision of their energy futures. 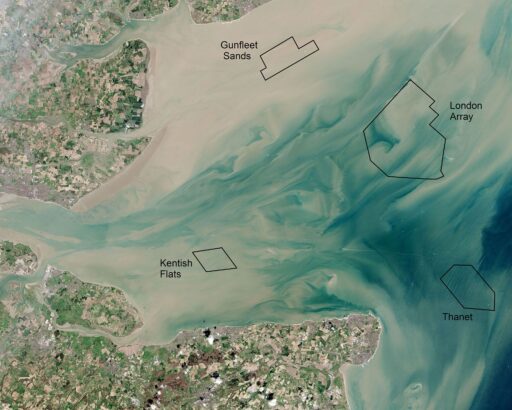 In August, California found that its reliance on wind and solar resulted in rolling blackouts when solar production was reduced by a third from smoke arising from wild fires and wind resources were slack. In 2016, a storm triggered a state-wide power outage in South Australia, which is the leading producer of wind power in Australia. South Australia, like California, also relies on imports from neighboring regions when solar and wind production are limited. Last year, parts of southern England experienced a blackout after a lightning strike triggered a cascade of disconnections in less than a second, cutting off power to four hospitals and disrupting hundreds of train services.

Coal and natural gas power plants currently are used to help keep the electric grid stable. These technologies can be ramped up or down to manage grid frequency. Because it is impossible to adjust the frequency output of wind and solar, grid stability and resilience are reduced.

In the middle of October, Britain’s electric grid was threatened by low wind output. National Grid, the country’s grid operator, warned “unusually low wind output” and a series of power plant outages would squeeze the network, leaving it with less back-up power than normal. It was estimated that the share of wind-generated power in the electricity mix would drop to as low as 9 percent and 10.5 percent, before returning up to 51 percent.

This was the second scare the country had in a month, as it leads the world in offshore wind energy. In mid-September, National Grid warned that its “buffer” of power reserves had fallen below 500 megawatts and it could need to call on more power plants to help prevent a blackout.

During the national lockdown earlier this year from the coronavirus pandemic, the U.K. network had extra power. One weekend, the grid operator had to spend £50 million ($64.7 million) to pay power producers—including surplus wind and solar farms—to stop generating power. National Grid spent almost £1 billion ($1.29 billion) on extra interventions to prevent blackouts during the first half of the year and also paid the owner of the Sizewell B nuclear plant to halve its generation output because of all the renewable energy they were producing when it wasn’t needed.

In 2002, before widespread wind deployment in Britain, National Grid’s charges for grid-balancing services totaled £367 million ($481 million). This year, they were forecast to be £1.478 billion ($1.913 billion) before the coronavirus struck—3 times the amount prior to renewable deployment. Reduced electricity demand now results in the balancing costs reaching £2 billion ($2.6 billion)—4 times higher than the cost before renewable deployment.

Although new-generation wind turbines are larger and initially have better load factors, an analysis has found their performance degrades more rapidly than anticipated. Compared to the government estimate of £2.16 million ($2.83 million) per megawatt for offshore wind, the actual cost came out to £3.99 million ($5.22 million)—almost twice as much, excluding an enormously expensive floating wind farm project, which, when included, pushes the average cost to £4.49 million ($5.88 million) per megawatt.

Not learning from the U.K. experience, states from Virginia to Massachusetts along the Atlantic seaboard are pushing for offshore wind development and are awaiting final permits.

As unreliable and expensive as offshore wind is, the U.K. and U.S. states are making big commitments in the politically-fashionable technology. This is another example of offshoring, as most of the developers are not U.K. or U.S. firms. The U.K. has been forewarned that blackouts may result from too much reliance on an intermittent technology, and California is already showing the problems that political forcing of the technology is causing. Clearly, the United Kingdom is seeing huge costs to balance the grid when demand is down due to COVID and the costs of the offshore wind farms are more than the government is touting in its plans.