On International Women’s Day it’s important to recognize the amazing strides that women across the country have taken to shatter the glass ceiling in the oil and natural gas industry, and also to look back at some of the major accomplishments in this space made by women throughout history.

After all, today little girls throughout the world can look to role models at companies like Occidental, Shell and BP where women are leading major companies and making the decisions about the future of energy. Further, increased investment in STEM education is helping encourage more females to pursue paths in engineering and other traditionally male-dominated roles. The American Petroleum Institute’s 2020 Future of Work report finds that nearly 50 percent of oil and natural gas job opportunities through 2040 will be filled by women and people of color.

As  Jenna Compehos, operations and maintenance coordinator for Aleyeska in Valdez, Alaska, said during a recent API State of American Energy roundtable:

“I’ve worked for the oil and gas industry for 15 years now, and the ‘white male’ perception is an old perception. I feel like diversity is in the forefront of our minds … That gives me inspiration – knowing that I could potentially be that someday. And that’s really neat.”

But it’s not just the strides being made today that give us reason to celebrate. Throughout history women have been at the forefront of revolutionizing how we use and view energy, including inventing products that are vital to our daily lives. Let’s take a look at a few of those and what those innovations mean today.

Moving From Fireplaces to Central Heating 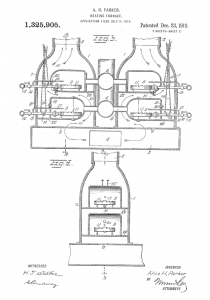 Whether a home is heated with natural gas, propane or electricity, Alice Parker’s invention was the basis for the systems we rely on today.

Parker sparked the idea for a heating system came from being cold during winters in her home of New Jersey. Noticing that fireplaces didn’t effectively heat the entire home, she wanted to create a design that was unique and saved time from chopping wood. Parker’s heating system used independently controlled burner units that drew in cold air and conveyed the heat through a heat exchanger. What made her invention particularly unique, was that it was a form of “zone heating” where temperature can be moderated in different parts of a building. In December 1919, Parker received a patent for the innovative design. Although her system was never implemented due to concerns with the regulation of heat flow, her system was an important step into the modernization of heating homes.

In 1964, chemist Stephanie Kwolek focused her research on developing stronger petroleum-based fibers. Through her work, she created a liquid crystalline polymer that could be spun together to create a heat-resistant material that’s five times stronger than steel. This material became known as Kevlar.

Kevlar has multiple uses today, from bulletproof vests, bicycle tires, car brakes and boat hulls. It’s even being used in lithium-sulfur battery developments, and in equipment and protective gear for oil and natural gas development.

Katharine Burr Blodgett used petroleum-based coatings to quite literally change the way people see the world. Burr Blodgett, an American physicist and chemist, is known for her work on surface chemistry, and in particular her invention of “invisible” or nonreflective glass while working at General Electric. In 1938, Burr Blodgett developed a way to use coatings to increase the amount of light passing through glass.  She developed non-reflective coatings for eyeglasses, improved lenses used in cinematography and in the frames used to showcase artwork and pictures.

There are a lot of petroleum-based products that go into making a car run safely and efficiently, and one of the most critical inventions to increase vehicular safety was invented by a woman more than 100 years ago. Mary Anderson was a real estate developer and rancher when she visited New York City in 1902. During her visit she rode on a trolley car where the driver had to open the panes of the front window to see through falling sleet. Once she returned home, she began working on her invention. Her device used a lever inside the vehicle to control a rubber blade on the windshield; similar devices had been made earlier, but Anderson’s was the first effective model. After years of pitching her invention to several car manufacturers, in 1922 Cadillac became the first to include windshield wipers on all its vehicles. After Anderson’s patent expired, they quickly became standard equipment on all vehicles.

Petroleum Is the Basis for Life-Sustaining Equipment

First-responders rely heavily on petroleum-based products to save lives every day. For instance, in 1896, inventor Letitia Mumford Greer filed a patent for a new design of the medical syringe. Her one-handed syringe design revolutionized healthcare making the application process easier for healthcare workers and patients. Greer’s simple design included a cylinder, position, a handle, and nozzle – these key elements became standard for syringe designs later on.

Similarly, Maria E. Beasley saw the opportunity to improve emergency life rafts from their previous designs in 1880. Before Beasley’s improvements, life rafts were simple planks with hollow floats and no guard rails. Beasley’s goal was to create a raft that was “fire-proof, compact, safe, and readily launched.” She created two versions of the life raft in 1880 and 1882 – both were issued patents in their corresponding year. In her first design, Beasley’s raft uses a base of collapsible metal floats that is more flexible and makes storage onboard a ship easier, also including airtight containers to protect perishable provisions. In her updated design, she makes it so that the raft can be used reversibly with greater ease (in case of accidental overturning) by adjusting the surface of the metal floats and including an adjustable guardrail.

Technology is also heavily reliant on petroleum-based products both for the application and design of products we use every day. Home security today is no exception.

Concerned with high crime in her neighborhood, inventor Marie Van Brittan Brown saw an opportunity to improve the security of her home. She created three peepholes and set up a camera that could adjust from peephole to peephole. She then used a radio-controlled wireless system to stream the video to any television in her home. Brown also created a two-way microphone system that allowed the person at the door and the family inside to communicate with the push of a button. Her patent was approved in 1969 and laid the foundation for future security systems. 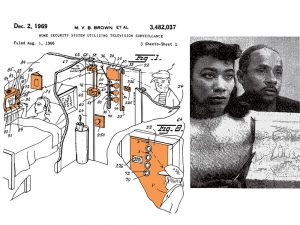 Petroleum-based products are also the foundation for many modern-day conveniences. Inventor Josephine Cochrane developed the first commercially successful mechanical dishwasher. She is claimed to have said: “If nobody else is going to invent a dish washing machine, I’ll do it myself.”

Cochrane received her patent in 1886 and began marketing her invention to hotels. In 1893 her dishwasher was exhibited at the World’s Columbian Exposition in Chicago, transforming it into a household word. Cochrane continued selling her dishwasher until shortly before her death, and her legacy continues: her company was bought by KitchenAid in 1916 and Cochrane is still listed as one of its founders.