A Severance Tax on Natural Gas Is No Way to Recover

Jeff Kupfer explains why a severance tax on a successful but hurting industry is no way for the Commonwealth of Pennsylvania to recover from a virus shutdown.

Each day brings more evidence of the economic wrecking ball unleashed by the coronavirus. And as the country deals with the crisis, that wrecking ball continues to generate big holes in government budgets. Pennsylvania, of course, is no exception. Gov. Tom Wolf recently estimated that the state could face a $5 billion deficit this year. And while some measure of additional federal aid seems likely, it’s unclear how much it will be or when it will arrive. 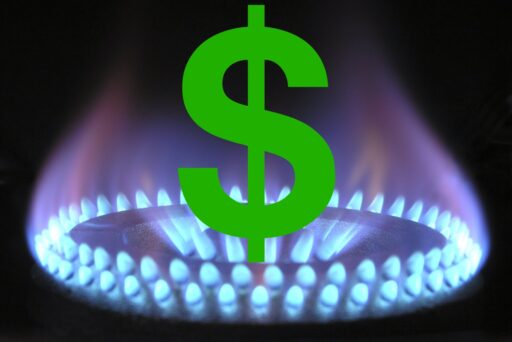 Will Tom Wolf use a virus shutdown he made worse as an excuse to try another run at a severance tax on natural gas producers, consumers and landowners?

Against that backdrop, some have floated the possibility of a new tax — called a severance tax — on Pennsylvania’s shale gas industry. It’s tempting to think of the shale gas industry as a cash cow, especially because of its dramatic success in Pennsylvania during the past decade. Since 2010, the amount of natural gas production in Pennsylvania has grown by over 10 times, and the state is now the second largest state producer in the U.S. (behind Texas). A report last year by Wells Fargo found that the energy industry is what drove real GDP gains in the first quarter of 2019, with an 18.4% year-over-year surge.

But it’s a bad idea to single out any one industry, especially when that industry has already been paying a significant amount of taxes and fees, is currently on its heels, and will be needed for our economic recovery. Besides, the budget hole is likely to need a much more comprehensive solution.

It is challenging to read the tea leaves around the future of the shale gas industry. On the one hand, major Pennsylvania operators like EQT and Cabot Oil and Gas have seen their stock prices rise significantly since mid-March. On the other hand, prices for natural gas remain depressed, at under $2. Rig counts are at their lowest level since August 2016. The footprint of major producers in Appalachia is dwindling, with Chevron announcing plans to sell its assets in December and Shell finalizing the sell-off of a large portion of their Pennsylvania portfolio this month. Storage levels for natural gas are 19% higher than the five-year average.

Since the virus outbreak, the sharp drop in economic activity has hammered thousands of business operations that use natural gas as a feedstock. This contraction is reducing demand now, and unless there is a quick and sustained recovery, will continue to keep demand low. Across the border in Ohio, plans for a second ethane cracker plant were just placed on an indefinite hold.

Moreover, proponents of a new tax usually fail to mention that the Keystone State already levies a charge on shale gas, something that was enacted in 2012. It’s officially called an impact fee. But just like a tax, the fee is imposed on operating natural gas wells, collected by the state, and then distributed to state agencies and local governments to provide for public infrastructure, emergency and social services, and other initiatives.

What’s more, the impact fee that is in place today has been a success for Pennsylvania. From its passage in 2012, the fee has generated almost $1.7 billion, according to the Public Utility Commission. Money has flowed to all 67 counties, with the annual total averaging $200 million per year and growing. One doesn’t have to look far to see multiple infrastructure projects made possible by this fee.

Wolf is pulling out his usual playbook, as he has proposed a severance tax for six straight years. Each time, legislators have successfully pushed back, noting that the industry already pays its share and that is unfair to target it with a new levy. Those arguments are as relevant today as they have been in the past.

Pennsylvania can make a swift and comprehensive recovery. But the way forward is not to place a bullseye on shale gas. In this time of crisis, we should be embracing this critical energy industry, not putting our hands further in its pockets.

Jeff Kupfer is a former acting deputy secretary of energy in the Bush administration and an adjunct professor of policy in Carnegie Mellon University’s Heinz College. This article originally appeared on TribLive.com and is reposted here with permission of the author.