Absent Andy Dinniman is at it again, pushing a bill to suspend Pennsylvania PUC and DEP regulation of natural gas liquid pipelines. It’s a stupid stunt. 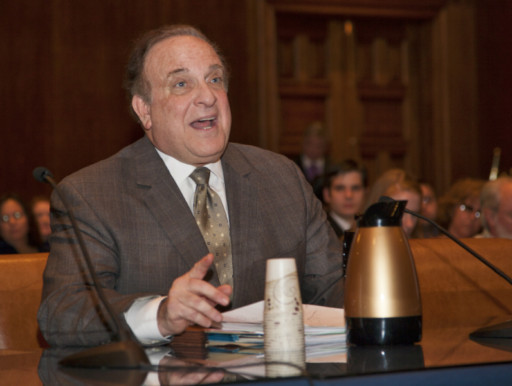 Sen. Dinniman has introduced a measure (S.B. 443) that would restrict the Pennsylvania Public Utility Commission and the state Department of Environmental Protection from permitting and licensing any hazardous liquids pipelines in the commonwealth for the next two years.

Not only is the measure misguided — study after study shows that pipelines are the safest, most efficient way to transport energy resources — but it also may be unconstitutional, violating the Commerce Clause of the U.S. Constitution because it could affect the interstate flow of product.

Keep in mind that the regulatory oversight of pipelines by state and federal governments is rigorous and the rules for operation are strict. According to data collected by the U.S. Department of Transportation Pipeline and Hazardous Materials Safety Administration, the natural gas delivery system is actually the safest form of energy delivery in the country. Pipelines must adhere to strict state and federal regulation throughout pipeline construction, testing and infrastructure replacement to ensure system integrity.

Sen. Dinniman’s proposal is misguided, potentially illegal, and most certainly dangerous. Study after study demonstrates that pipelines are the safest and most environmentally sensitive way of transporting goods, including necessary hazardous cargos, to market. This proposal not only would cause considerable economic and environmental harm to the state, but it also would drastically impact thousands of dedicated workers who rely on these projects to provide for their families.

The senator’s stunt fools no one, and it leaves us wondering what his true motivations are — since it’s apparent from this action that it’s not the well-being of his constituents or the Commonwealth of Pennsylvania.

Editor’s Note: It’s not that hard to understand Absent Andy. It’s all about him.