AREGCBA is nothing short of a climate refugee creator, the environmental impact from the wind turbines and solar panels will be staggering.

This post summarizes the comments I submitted on the draft regulations proposed by the New York Office of Renewable Energy Siting to implement the Accelerated Renewable Energy Growth and Community Benefit Act.  This is part of the Climate Leadership and Community Protection Act which mandates that New York electric system generation be zero-emissions by 2040.  In order to meet that requirement, the state envisions a vast build out of wind and solar generation. 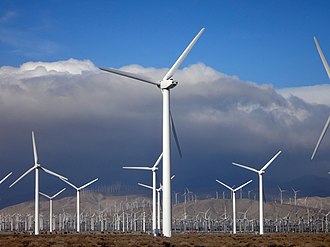 I am following the implementation of New York’s climate mitigation efforts closely because its implementation affects my future as a New Yorker.  One environmental success story in the past 20 years is the resurgence of the bald eagle population.  It was not that long ago that a highlight of a trip to Alaska was seeing bald eagles and the thought of seeing one locally unimaginable.

Now, while it still remains a thrill, I routinely see them from my backyard or driving along the I-90.  As show below I fear that this proposed rule threatens New York’s bald eagle population.  The opinions expressed in this post do not reflect the position of any of my previous employers or any other company I have been associated with, these comments are mine alone.

On July 18, 2019 New York Governor Andrew Cuomo signed the Climate Leadership and Community Protection Act (CLCPA), which establishes targets for decreasing greenhouse gas emissions, increasing renewable electricity production, and improving energy efficiency.  It was described as the most ambitious and comprehensive climate and clean energy legislation in the country when Cuomo signed the legislation.

I have summarized the schedule, implementation components, and provide links to the legislation itself at CLCPA Summary Implementation Requirements.  In early April 2020, NYS passed the Accelerated Renewable Energy Growth and Community Benefit Act (AREGCBA) as part of the 2020-21 state budget.  This legislation is intended to ensure that renewable generation is sited in a timely and cost-effective manner. I previously discussed my concerns that these laws do not include feasibility studies to determine whether this can work.

AREGCBA established the Office of Renewable Energy Siting which according to their website has the following objectives:

The Office of Renewable Energy Siting (ORES), housed within the Department of State, will “consolidate the environmental review of major renewable energy facilities and provide a single forum to ensure that siting decisions are predictable, responsible, and delivered in a timely manner along with opportunities for input from local communities”.

All large-scale, renewable energy projects 25 megawatts or larger will be required to obtain a siting permit from the Office of Renewable Energy Siting for new construction or expansion. ORES has the authority to issue a single permit for the construction of major renewable energy facilities from both a state and local law perspective, but applicants will still be required to obtain any approvals necessary under federal law, including federally-delegated permits.

New York’s Article Ten process defines the permitting requirements for all large-scale electric generating new construction or expansion and was previously used for renewable projects.  It includes extensive and time-consuming public notification and participation requirements.  The 2011 revisions to the Article Ten law were intended to speed things up but were largely ineffective in that regard.

After a completeness determination, draft permit conditions will be issued by the Office of Renewable Energy Siting for public comment. The Office of Renewable Energy Siting must issue a final decision on the siting permit within one year of the date on which the application is deemed complete and within 6 months if the facility is proposed to be located on brownfield, former commercial or industrial, landfill, former power plant, and abandoned or underutilized sites.

My comments addressed three shortcomings in the proposed regulation.  The greatest deficiency of the CLCPA and AREGCBA is the failure to consider the cumulative environmental impact of the wind and solar resources necessary to replace the fossil-fired electric generating capacity of New York.

Recent studies indicate that the National Renewable Energy Lab projected total technical potential land-based wind capacity of 35,000 MW will be needed.  Assuming three MW wind turbines that means 10,000 turbines!  Unless a cumulative impact analysis is done by the Office of Renewable Energy Siting the public welfare and environment could be threatened.

I am particularly concerned about bald eagles.  There are actions necessary within a quarter of a mile from a bald eagle nest but to assume that will eliminate interactions with the birds who must fly further than that on a routine basis is a stretch.

While some argue that on an individual or even facility basis that most environmental impacts are generally acceptable, the impact of 10,000 turbines is different.  As it stands there is nothing to say that wind farms could surround the Montezuma National Wildlife Refuge as long as there are more than a quarter mile away.

It may be a misunderstanding on my part but I did not see any provision to require applicants to provide capability information in the applications.  It is not enough to just say that there will be 10 three MW turbines for a total of 30 MW, applicants also need to provide the expected energy (MWh) output.  That information is absolutely necessary so I argued it should be specified.

I don’t think it is appropriate to short-change local participation and environmental issues for renewable facilities that will not provide renewable energy credit to New York so I recommended that if a facility cannot prove that the renewable energy credits generated by the facility will be used to meet New York’s goals that they be required to go through the existing Article Ten process.

I raised issues with this accelerated approval schedule.  I don’t think that there are enough safeguards in place to ensure that locally affected residents will be notified of the project early on in the process.  It is particularly troubling that the law includes deadlines for the agency staff reviewing the applications.

If they don’t respond on time the submittals are deemed complete.  ORES is a new organization and has no staff, procedures, or operating history.  Moreover, it is entirely likely that there will be many applications to process.  I recommended that a safety valve be included if the reviewing staff is over-whelmed.

I raised a couple of concerns about communications and references.  There is a discussion of the impact of wind turbines on weather radars.  My primary concern with 10,000 wind turbines is that false echoes from turbines across the landscape will make accurate tracking of the relatively small, low-level, and possibly intense lake-effect snow bands in downwind areas more difficult and affect the safety of local residents.

This issue should be addressed and not simply ignored.  I pointed out that the most recent  World Health Organization Guideline on community noise was not used  The fact that more recent guidance is not being used is disappointing.  That the more recent guidance inconveniently indicates that more restrictive limits on wind turbines are necessary to protect public health and welfare suggests that this may have been more than a simple oversight.

Overall, I do not think this regulation as proposed is in the best interests of anyone near a proposed renewable energy facility.  Without the thorough public participation requirements of Article Ten and with the threat of over-ruling any home rule limits on renewable energy development, the AREGCBA result may be New York’s first climate refugees.  The first Dutch climate refugees are a fact because local residents cannot cope with the noise of wind farms.