The Atlantic Coast Pipeline is fighting back against land grabbing by elitist special interests who have invaded the courts with Lorax quoting tree huggers.

Earlier this year Judge Stephanie Dawn Thacker, wrote an opinion on behalf of the Forth Circuit Court of Appeals that defied reality. She authored it on behalf of elitist special interests who view their role as being to “speak for the trees, for the trees have no tongues” in the words of Dr. Seuss’s Lorax character.

Judge Thacker decided the Atlantic Coast Pipeline shouldn’t be allowed to cross the Appalachian Trail, accusing the Forest Service of all people, of not adequately addressing “scenic integrity objectives.” Her ludicrous opinion has led to an appeal to the US Supreme Court by Atlantic Coast Pipeline that is just superb. It illustrates the threats we all face from smug condescending elitists who consistently elevate their own aesthetic values above the rights of everyday Americans to food, energy, housing, jobs and the normal accoutrements of daily living. 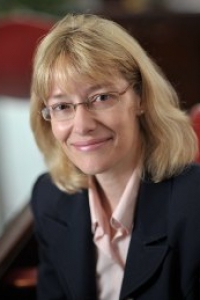 Judge Thacker’s decision on the Atlantic Coast Pipeline was an exercise in judicial virtue signaling on behalf of the gentry class. But, the Atlantic Coast Pipeline folks told us they were going to fight and they’ve come out of the box with a a full-throated defense of not only the law, but common sense and a rejection of the judicial philosophy of elitist “make it up as we go along” judges such as Thacker.

The seriousness with which Thacker approached her decision is evident in her quoting of Dr. Suess and his tree speaking Lorax to make her point, which has absolutely zero to do with the Constitution she’s sworn to uphold. The Atlantic Coast Pipeline, though, is very serious in its appeal. It includes a very readable introduction that, aside from breaking up those terribly long paragraphs lawyers seem to favor and adding emphasis, we reproduce below in its entirety.

This introduction is must reading for anyone desiring to understand what’s been happening with the courts, from the ridiculous decision of the Pennsylvania Supreme Court to throw out most of Act 13 based on environmental rights, to a Third Circuit decision to treat agricultural easements as non-condemnable state property to Thacker’s Lorax-inspired tree protection racket. Too many judges are more intent on protecting gentry class scenic values than the rights of the human beings to the basics of life.

After an arduous three-year process, involving extensive regulatory reviews and intensive due diligence, petitioner Atlantic Coast Pipeline secured the necessary approvals and permits to construct a 600-mile pipeline that will bring natural gas from resource-rich West Virginia and Pennsylvania to consumers in Virginia and North Carolina, while generating thousands of jobs, substantial tax revenues, and hundreds of millions of dollars in annual savings for residents.

The approval process involved scrutiny by more than a dozen state and federal agencies, including the U.S. Forest Service, the Federal Energy Regulatory Commission, and the National Park Service.

Each agency considered issues within its own jurisdiction and approved the pipeline, both with the knowledge that the pipeline would pass approximately 700 feet under the surface of a portion of the George Washington National Forest that is traversed by the Appalachian Trail, and with the understanding that the Forest Service had the power under the Mineral Leasing Act (“MLA”) to grant a right-of-way for the pipeline to do so.

According to the decision below, all of those efforts were for naught, because no federal agency can grant a right-of-way pursuant to the MLA for a pipeline to cross beneath the Appalachian Trail. In the Fourth Circuit’s view, all 2,200 miles of federal, state, and private lands through which the Trail passes are National Park System lands, and hence lands as to which rights-of-way cannot be granted under the MLA.

That novel conclusion is irreconcilable with the National Trails System Act, which (in stark contrast to other contemporaneously enacted laws) emphatically preserves the jurisdiction of federal agencies over federal lands traversed by a trail. That is underscored by the fact that even while designating the Appalachian Trail as a footpath to be administered by the Park Service, the Trails Act still required the Park Service to obtain a right-of-way from the Forest Service for the Trail to pass through the George Washington National Forest.

That commonsense result is confirmed by the Trails Act’s express proviso admonishing: “Nothing contained in this chapter shall be deemed to transfer among Federal agencies any management responsibilities established under any other law for federally administered lands which are components of the National Trails System.” 16 U.S.C. §1246(a)(1)(A).

The decision below not only is at profound odds with the text, structure, and history of the Trails Act (not to mention the canon against implied repeals), but threatens upheaval for the hundreds of miles of the Appalachian Trail that traverses lands owned by states or private parties. It imperils other pipelines and approvals the Forest Service has granted for other critical infrastructure to cross Forest Service lands traversed by the Trail. None of that disruption is necessary or justified. Simply put, there is no basis in any federal statute to conclude that Congress intended to convert the Appalachian Trail into a 2,200-mile barrier separating critical natural resources from the eastern seaboard.

There is also this from the appeal:

The irony of the Fourth Circuit’s decision is that its effort to preclude the Forest Service from granting pipeline rights-of-way, in the name of admonishing the agency to “speak for the trees,” Pet.App.66 (quoting Dr. Seuss, The Lorax (1971)), will not even promote environmental protection. The pipeline itself would be nearly 700 feet below the Trail with no discernible effect on the footpath or trees above. And once operational, the Atlantic Coast Pipeline, like other natural gas pipelines, will do much for the environment. According to the Pipeline and Hazardous Materials Safety Administration (“PHMSA”), even a “modest pipeline” eliminates the need for 750 tanker trucks per day, or 225 28,000-gallon railroad tank cars. Id. And, when combusted, natural gas produces half the emissions of coal.

Read the whole thing. Atlantic Coast Pipeline makes a powerful case against the elitist land grabbing that’s going on with some of these recent court decisions. When the government claims a pipeline 700 feet below a trail threatens scenery and gives it ownership along the right to create a 2,200 mile barrier to oil and gas pipelines, you know the Lorax has lost it.