Carbon Fanatics Come for Our Burgers and Beer, But…

Nick Deiuliis offers some extremely prudent advice on reducing our carbon footprint and saving the planet from ourselves.

We are big fans of Nick Deiuliis here at NaturalGasNOW. He is a chemical engineer, attorney and CEO of CNX Resources Corporation. More importantly, he is a life-long resident of Western Pennsylvania and the Pittsburgh area, having come from a family of Italian immigrants with the men of his family working in the mines, mills, and railroads of the region. He is as real as it gets and tells it like it ism as they say. It’s incredibly rare these days to find a corporate executive who remembers from whence he came and isn’t caving to the latest fashion in political correctness, but Nick is that sort of fellow and he has written a book and has his own blog where he dispenses a lot of common sense, especially when it comes to carbon. 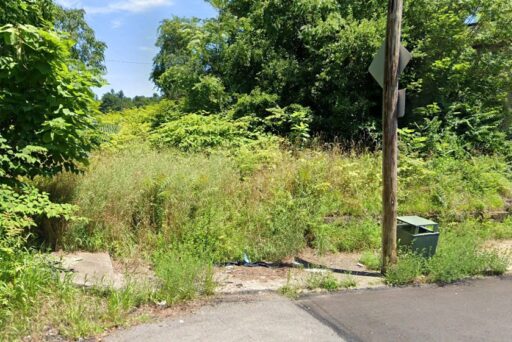 Pittsburgh City Council is more concerned with carbon than its crumbling sidewalks and infrastructure such as found on Lombard Street.

Nick’s latest dose of common sense comes in the form of a blog post titled “Killing the Planet…One Beer and Burger at A Time???” and it’s wonderful. Excerpts follow and I have bolded the best parts.

Environmental zealotry surrounding climate change and carbon footprints constantly reminds us of the difference between, or perhaps the mutually exclusivity of, book smarts and common sense. When it comes to academia’s rapture with environmentalism, all too often the presence of book smarts inevitably means the absence of common sense.

The CMU team did a nice job itemizing the carbon footprint for each step of the food distribution supply chain: production, packaging, transportation, refrigeration, and even landfilling of waste…

That footprint is 3.7 million tons of carbon dioxide-equivalent for Allegheny County, to be exact. Pittsburgh’s home county stamps a bigger carbon footprint for its food consumption than the yearly emissions from the generation of electricity needed to power every household in the county. Yep, that’s right: the greater Pittsburgh area’s food consumption emits more carbon dioxide-equivalent than fossil fuel used to power our homes.

The county’s food system carbon footprint works out to 3.1 tons of carbon dioxide-equivalent per person. That is the same footprint as each person driving a car 7,600 miles. Turns out what we all knew – every single person who enjoys a high standard of living is guilty of a massive carbon footprint.

The study tagged two food types as particularly egregious when it comes to carbon footprint: beer and beef. These two bad boys seem to be the food equivalents of oil sands in energy production and private jet travel in transportation.

Refrigeration of food was one of the biggest logistical contributors to the food supply chain carbon footprint. Meaning ice cream is a menace of carbon excess on par with mc-mansions in housing…

Now that Allegheny County’s politicians, bureaucrats, and academics are enlightened with the CMU study findings, we should expect the following:

For those of us who don’t have the luxury of living in the cozy bubbles of elite academia, non-accountable government, or ideologically rigid foundations, the CMU study comes as no surprise. Common sense informs the common person that carbon is a necessary and fundamental component to a good quality of life.

That holds for reliable and affordable energy, a strong job market, flexible transportation modes, and cutting-edge health care. CMU went through a lot of trouble to tell us something we already knew: that our accessible and diet-diverse food supply chain that improves our quality of life rests on the back of carbon, too.

Embrace carbon and know the reality: to be anti-carbon is to be anti-human. When the arrogant look to dictate your lifestyle options under the camouflage of saving us from climate, clap right back at them with your Klondike ice cream bar.

Think I’ll have an Iron City out of the fridge and a burger cooked with natural gas for dinner.

Bravo! We need a lot more plain talk of this sort! Read the whole thing!