The New York climate change law is but politicians chasing hyped up existential green threats for political gain, but it portends a yellow vest future.

Last week was very depressing for me because New York State decided to jump the shark and go for the “the most comprehensive climate legislation in the nation”. I wrote about that and the obvious disconnect between reality and the ambitions of the legislation in a post published on Watts Up With That. Originally, it was the Climate and Community Protection Act but now it is the Climate Leadership and Community Protection Act because, after all, in order to signal your virtue it is best to be the leader. 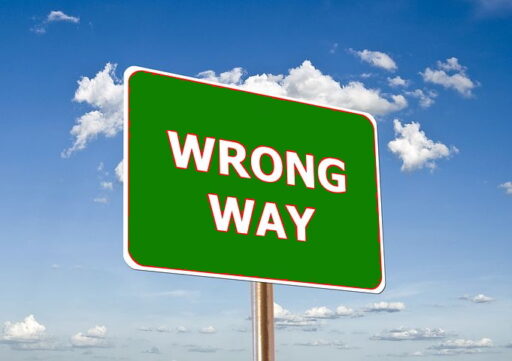 Since then, three blog posts have come to my attention that lay out my problem with climate change issues very well. I believe that there are two questions about addressing climate change: should we do something and what should we do? Two posts address those questions and the third discusses the over-arching problem of public perception.

Larry Kummer, at the Fabius Maximus website, published “Listening to climate doomsters makes our situation worse” which addresses the question whether we should do something. He concludes, and I agree, that we should not ignore it but we should also not focus on it to the extent that other, and in my opinion more likely, serious threats are ignored or not given enough resources because of the alleged existential threat of climate change.

Mr. Kummer points out that the news today ignores the Intergovernmental Panel on Climate Change (IPCC) which is supposed to be the ultimate scientific authority on this issue apparently because their story is not scary enough. He points out that there is long list of failed predictions which suggests that the climate change predictions may also turn out poorly. Finally, he lists historical examples of imminent doom scares that failed to end life as we knew it. This post is a great reference for the pragmatic side of whether we should do something.

Francis Menton, at the Manhattan Contrarian website, published “The Wall Street Journal embarrasses itself on the economics of 100% intermittent renewable energy” that addresses the “what should we do?” aspect of climate change. He takes issue with the story line that wind and solar power costs are falling so much that they are now the cheapest form of electricity power generation.

Mr. Menton explains that the problem is intermittency. At some penetration level wind and solar have to have energy storage backup. As soon as that cost is included wind and solar becomes markedly more expensive. The basis for that conclusion is an hour-by-hour generation and load comparison. He references several analyses that show how much storage is necessary and I know from conversations with people at the New York Independent System Operator that a similar problem exists in New York.

Quite simply solar generation peaks in the summer and wind generation peaks in the spring and fall. Trying to develop a 100% wind and solar system that can cover the winter peak will be extraordinarily expensive because you must have storage over the seasons. He concludes with a chart that compares electricity costs and renewable installed capacity that shows a clear correlation to higher prices with more renewables.

Finally, Kip Hansen at Watts Up with That opines about “A national narrative for media on climate change”. He documents what I have been beginning to suspect – there is an organized movement among American journalists to have a common story about an inevitable, imminent climate threat. Somehow my cell phone got onto a google news feed that never fails to deliver a daily story of a disaster connected to climate change. It seemed odd that every media outlet had similar stories.

Mr. Hansen explains that newspapers like the New York Times have editorial narratives to match stories to a pre-designated storyline. The national narrative is “Transforming the media’s coverage of the climate crisis” which claims that climate is a crisis, climate is the “biggest story of our time” and suggested that journalists warn that “humanity has a mere 12 years to radically slash greenhouse-gas emissions or face a calamitous future in which hundreds of millions of people worldwide would go hungry or homeless or worse.”

All this is supposed to culminate in a focused week of climate coverage in September just before a United Nations summit in New York City. He describes this all as ideological sabotage of the American mind and asks that skeptics “explain the complexity of the wicked problem called Earth’s Climate and the current controversies surrounding the issues involved” in every venue possible.

If not were for the fact that my state has swallowed this existential threat nonsense whole I would not be so worried. It is bad enough that New York has ignored the real science and has swallowed the nonsense that eliminating fossil fuel use can be done easily and cheaply but at least the legislation includes a provision to do an evaluation.

I hope there will be some rigor involved with that analysis and the truth will come out. Ultimately the problem is that while these attempts in the United States will fall apart just like other places where they have been tried the economic damage will be immense. In the meantime maybe I should invest in yellow vest futures.