On July 18, 2019 New York Governor Andrew Cuomo signed the Climate Leadership and Community Protection Act (CLCPA), which establishes targets for decreasing greenhouse gas emissions, increasing renewable electricity production, and improving energy efficiency.  It was described as the most ambitious and comprehensive climate and clean energy legislation in the country when Cuomo signed the legislation.  However, no one has shown what effect this law could actually have on global temperatures.  This post provides that information.

I am following the implementation of the CLCPA closely because its implementation affects my future as a New Yorker.  Given the cost impacts for other jurisdictions that have implemented renewable energy resources to meet targets at much less stringent levels, I am convinced that the costs in New York will be enormous and my analyses have supported that concern.  The opinions expressed in this post do not reflect the position of any of my previous employers or any other company I have been associated with, these comments are mine alone. 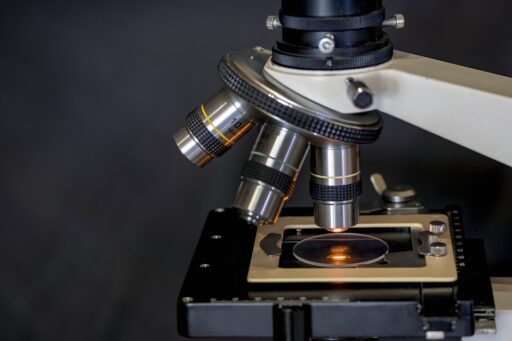 So small as to not be measurable…

These estimates are based on MAGICC: Model for the Assessment of Greenhouse-gas Induced Climate Change so they represent projected changes based on the Intergovernmental Panel on Climate Change estimates.  All I did in my calculation was to pro-rate the United States impacts by the ratio of different New York inventory emissions divided by United States emissions to determine the effects of a complete cessation of all New York’s emissions.

There is a fundamental assumption in this approach.  The emissions in the primary reference are based on Intergovernmental Panel on Climate Change (IPCC) methodologies.  In order for these estimates to be correct the emission inventories have to be calculated the same way.  New York’s CLCPA inventory only followed IPCC approaches when the results comported with the political narrative and differ when more “appropriate” numbers can be derived.

The largest issue in this regard is that the CLCPA inventory includes upstream emissions from the extraction and transport of fossil fuels so their inventories include emissions from outside the state.  Consequently, you cannot directly compare New York’s inventory to other jurisdictions because of the double counting of these emissions.

The CLCPA inventory also uses a global warming potential GWP) of 20 years whereas everyone else uses GWP of 100 years.  The CLCPA regulation does provide the GWP-100 emissions for comparison purposes and in the response to my comment about the upstream component I was assured that somebody else would address that problem some day some place.  In the meantime, we cannot directly compare inventories.

Next best thing is to provide all the inventory results for your information.  The official CLCPA 1990 emission inventory was recently promulgated in New York’s Part 496 regulation.  As shown in the CCPA Part 496 Potential “Savings” in Future Global Temperature I estimated the benefits of getting 1990 emissions to zero for four inventories.

I evaluated the CLCPA Part 496 inventories for all the greenhouse gases (CO2, CH4, N2O, PFCs, HFCs and SF6) included in the law and just CO2.  In order to compare the potential effects the way the rest of the world prepares inventories, I evaluated the CO2 and GHG inventories from Table S-1 in the last New York State Energy Research and Development Authority inventory.

The table shows that for the CLCPA Part 496 inventories there would be a reduction, or a “savings,” of between approximately 0.0097°C and 0.0081°C by the year 2100.  To give you an idea of how small these temperature changes are consider changes with elevation and latitude.  Generally, temperature decreases three (3) degrees Fahrenheit for every 1,000-foot increase in elevation above sea level.

The projected temperature difference for all the greenhouse gases is the same as a 39-inch change or 32 inches if only the CO2 emissions are considered.  The general rule is that temperature changes three (3) degrees Fahrenheit for every 300-mile change in latitude at an elevation of sea level.  The projected temperature change is the same as a change in latitude of less than a mile.  The impacts calculated using inventories the way the rest of the world calculates them are even less.

The CLCPA should also be considered relative to the rest of the world.  According to the China Electricity Council, about 29.9 gigawatts of new coal power capacity was added in 2019 and a further 46 GW of coal-fired power plants are under construction.

If you assume that the new coal plants are super-critical units with an efficiency of 44% and have a capacity factor of 80%, the reductions provided by the CLCPA greenhouse gas inventory will be replaced by the added 2019 Chinese capacity in less than two years or four and a half years if the 2019 capacity and the units under construction are combined.

Recall that the CLCPA inventory is incompatible with IPCC methods.  When using the compatible NYSERDA inventories, New York’s impact on global warming will be replaced by the added 2019 Chinese capacity in less than on year or two and a half years if the 2019 capacity and the units under construction are combined.

There is an obvious reason that New York has never provided an estimate of the impact of any of its greenhouse gas reduction initiatives on global warming.  The impacts are simply too small to be measured, much less have an effect on any of the purported damages of greenhouse gas emissions.  In the context of global emissions New York’s efforts will be subsumed quickly by other countries that are morally obligated to provide the tangible benefits of affordable abundant energy to their citizens.

At this time those benefits are only possible using fossil fuels.  Until such time that there is a lower cost alternative to fossil fuels for those countries it is immoral to expect them to forgo those benefits because of marginal climate impacts as aptly explained by Dr. Bjorn Lomborg in his book “False Alarm: How Climate Change Panic Costs Us Trillions, Hurts the Poor, and Fails to Fix the Planet.”