CO2 Levels Aren’t Necessarily Bad News, But Saying So Is

[Editor’s Note: CO2 levels are panned and hyped as dangerous air pollution, but there’s another side to that argument; there is good news being ignored.]

The quote above comes from one of Holden Thorp’s weekly editorials in Science, the most prestigious peer-reviewed science journal in the U.S., if not the world (the British publican Nature, would be its only competitor).  It is hard to imagine a more bigoted statement regarding religious conservatives.  That it comes from the chief gatekeeper for the American Association for the Advancement of Science makes it all the more disturbing.

I have yet to meet anyone, including many religious conservatives, whose skepticism of climate science and policy has anything to do with evolution or even general suspicions of science.  The skepticism is driven by a myriad of reasons mostly having to do with the disconnect between data and the models predicting climate catastrophe and crises.

The skepticism is also driven by a perception of research bias, both overt and subtle—a very understandable bias for researchers wanting to get their results past editors with the prejudice revealed in the quote above.  Unfortunately, Holden Thorpe is not alone.  Climategate made that abundantly clear.

An example of the more subtle bias is illustrated by Debra Zani, et al. in a recent edition of Science.  The paper, “Increased growing-season productivity drives earlier autumn leaf senescence in temperate trees,” finds climate change will lead to earlier leaf drop by deciduous trees in the fall.  This is a bit counterintuitive, as warmer fall temperatures (which they expect to see) are generally associated with later leaf drop.  The twist, here, has to do with the impact of rising CO2 levels and warmer temperatures on plant growth. 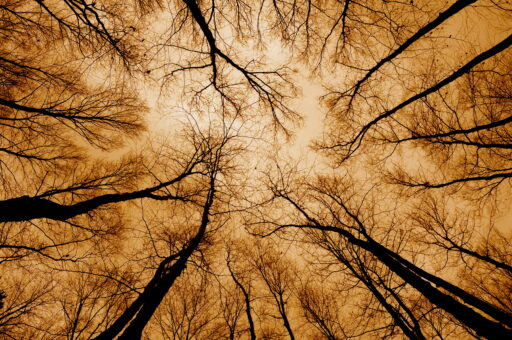 Their results infer higher CO2 levels and warmer temperatures increase photosynthesis, metabolism, and plant growth.  These beneficial impacts of rising CO2 levels and increasing temperatures on photosynthesis are true separately but even more so in combination.  The literature on this, especially recently, is very clear and the benefits are far from trivial.  One notable example was Zhu, et al.  They found that between 1982 and 2009, aggregate leaf area increased by almost twice the area of the Continental United States.  Further, they estimated that 70 percent of this growth was due to manmade emissions of CO2 and another eight percent from climate change.

Higher CO2 levels are also a bulwark against plant stresses of all sorts.  Taub, Seemann and Coleman found, “that plant growth at elevated atmospheric CO2 increases the high‐temperature tolerance of photosynthesis in a wide variety of plant species under both greenhouse and field conditions.”  In their article in Geophysical Research Letters, Donohue, et al. found that more CO2 help plants cope with water stress.  They state, “Our results suggest that [the level of atmospheric CO2] has played an important role in this greening trend and that, where water is the dominant limit to growth, cover has increased in direct proportion to the CO2‐driven rise in [water-use efficiency of photosynthesis].”

Nothing in Zani, et al. challenges these benefits, but their conclusion is ominous, consistent with the bias against finding anything good about increased CO2 and warming.  Their abstract ends, “These findings demonstrate the critical role of sink limitation in governing the end of seasonal activity and reveal important constraints on future growing-season lengths and carbon uptake of trees.”

They are more equivocal at the end of the full paper as they make the standard academics’ plea for more research (ahem, money), “Furthermore, given that ecosystems with high nutrient availability and minimal carbon-sink limitation, such as regions dominated by nitrogen-fixing trees, are not expected to show the observed negative relationship between seasonal productivity and senescence dates, a major research challenge will be to generate a thorough spatial understanding of the extent of sink limitation to forecast plant phenology and forest productivity over space and time.”

But, they don’t say, “Wow!  The warming and additional CO2 provide protection from the random late onsets of spring or early winters.”  Instead, the focus is on how forecasts in climate models could overestimate the amount of carbon fixed by plants.  It is worth noting that most climate models have not fully appreciated the ability of the biosphere to fix carbon in presence of higher CO2 levels (and warming) and are unlikely to be overestimating the carbon uptake.

For example, Winkler et al., in Nature Communications, note their research “suggests that most models are underestimating photosynthetic carbon fixation by plants and thus possibly overestimating atmospheric CO2 and ensuing climatic changes.”  In addition, there is evidence that modelling has under-estimated carbon uptake by the oceans.  In short, if anything, climate models need to increase their projections of carbon sinks, not decrease them.

None of this is to accuse Zani, et al. of intentional bias.  Their research was narrowly targeted and appears to be well done.  The problem is the bias in the editorial filtering of research and its significant feedback to funding, hiring, and research foci.  An editor who sees climate skeptics as either politicians in the thrall of particular corporations or people suspicious of science because of their religious beliefs is likely to be biased in his management of the review process for climate science.  That this is the editorial view of the nation’s preeminent family of scientific journals is an embarrassment and a threat to good science.