Another lawsuit, on behalf of Damascus Township, Senators Lisa Baker and Gene Yaw and PA Senate Republicans has been filed against the DRBC!

Damascus Township, my hometown, together with Pennsylvania State Senators Lisa Baker and Gene Yaw and the Pennsylvania State Senate Republican Caucus has filed a great lawsuit against the power-grabbing DRBC. It’s an intriguing lawsuit with some new arguments that really put things into perspective. It’s also very tightly written to give a powerful punch that nicely complements the DRBC lawsuit already on its way to a Federal Court trial. 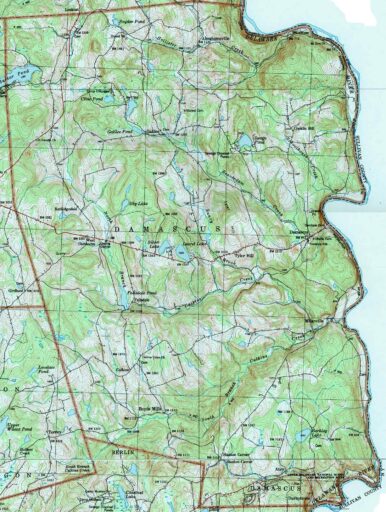 Damascus Township was the site of two gas drilling test wells over a decade ago and the Township itself owns land that was leased for natural gas development. It is also a very large township (over 50,000 acres) and has numerous large properties suitable for gas leasing. It has major cause to be outraged by the DRBC’s arbitrary moratorium on gas drilling and every reason to join with Senators Baker ad Yaw on this lawsuit.

And, what a fine lawsuit it is. It’s worth reading in its entirety but, starting on page 15, the counts are laid out very succinctly:

Notice Damascus Township and the Senators are arguing there is not only a regulatory taking of private, but also the Commonwealth’s own land which is held in trust for the public. Such land includes state forests, state parks, state game lands, fish and boat commission land; all forms of which have been developed for natural gas, generating major revenues for the Commonwealth and conservation programs. There are examples of each throughout Wayne County. Likewise, Damascus Township owns at least 130 acres as well.

What this lawsuit does in this regard is quite fascinating; it uses the Pennsylvania Environmental Rights Amendment (the Delaware PovertyKeeper’s favorite weapon) to make the case the DRBC has no right to condemn public land held of this sort that is held in trust:

Pursuant to the Environmental Rights Amendment to the Pennsylvania Constitution (the “ERA”), see Pa. Const. art. I, § 27, the public natural resources of the Commonwealth are held in trust for the benefit of the people (the “Trust”). The corpus of the Trust consists of the natural resources and all funds derived from their sale or lease.

It’s beautiful thing! One can only imagine the seething taking place on the upper floor of that gas-heated building in Bristol where Maya van Rossum has her offices as she reads this interpretation of the ERA she has brandished as a knife for ripping apart the future of Upper Delaware landowners. Bravo!