DEP Called Out by Environmental Hearing Board for Jumping the Gun

The Pennsylvania Environmental Hearing Board has called out DEP for hasty action in ordering a reroute of the Mariner East pipeline.

It’s nice to see Pennsylvania DEP “hoist with his own petard.” Yes, very nice, indeed. That’s what just happened with a decision by the Pennsylvania Environmental Hearing Board (EHB). The decision is all about that rerouting DEO ordered in response to an inadvertent return (IR) incident having to do with construction of the Mariner East pipeline. Readers will recall the theatrics, as a reactionary DEP almost immediately told Sunoco/Energy Transfer, the pipeline developer, that it would have to reroute after a minor spill of 8,000 gallons or so of the stuff we’re actually allowed to ingest happened during construction. The EHB, though calls out DEP on its knee-jerk reaction. 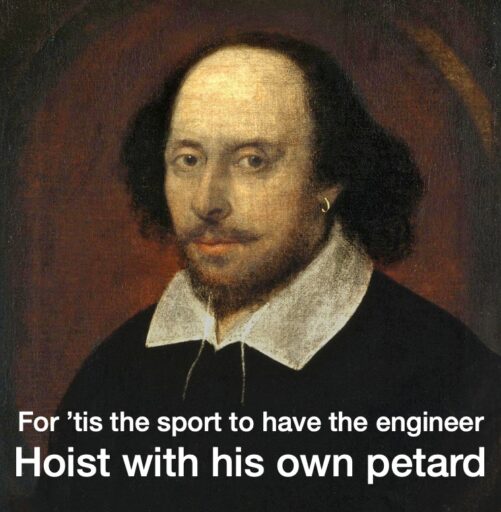 You only need to read the decision to understand what happened; that DEP acted cynically in a political fashion with a view toward simply showing it was doing something. The decision is not pro-Sunoco. Rather, it simply call out DEP for its politics (emphasis added):

Sunoco has a very clear likelihood of success on the merits of its argument that the Department cannot simply ignore Sunoco’s restart report. The IR Plan, which is the product of intense negotiations and which we approved, clearly contemplates that the Department will review and either approve, modify, or reject Sunoco’s restart report after there is a qualifying IR. That was certainly our understanding when we reviewed and approved the IR Plan. The Department is not entitled under the Plan or our Orders to issue an order instead of making a decision on a restart report. Requiring the Department to do what it said it would do will no result in any harm to the public or the environment.

If, indications in the record to the contrary notwithstanding, the Department has in fact decided that Sunoco cannot restart the HDD, the Department acting in good faith with appropriate transparency needs to say so. If it is still considering the matter, it is in the public interest that it proceed as expeditiously as possible. Basic fairness dictates that the Department avoid dissembling and make a decision one way or the other. Only then will Sunoco’s other arguments be properly teed up for our review.

That’s pretty candid language, don’t you think? The EHB, as I read this, is saying, “Who the hell do you bureaucrats think you are? You don’t get to throw out the rules and act like a dictator whenever you wish!” Nice…