DEP Trashes ET for Following the Direction It Provided!

“ET Go Home” seems to be the message as the Pennsylvania DEP engages in shameless projection against ET to distract from its own failures.

The bad blood between Energy Transfer (ET) and the Pennsylvania Dept. of Environmental Protection (DEP) continues. ET’s Sunoco Pipeline subsidiary is desperately trying to complete the Mariner East 2X pipeline from eastern Ohio through to Marcus Hook near Philadelphia. A recent drilling mud spill in Marsh Creek State Park prompted the DEP to demand Sunoco change the route for ME2X (which was less than 60 days from being done) to a new route around the State Park. 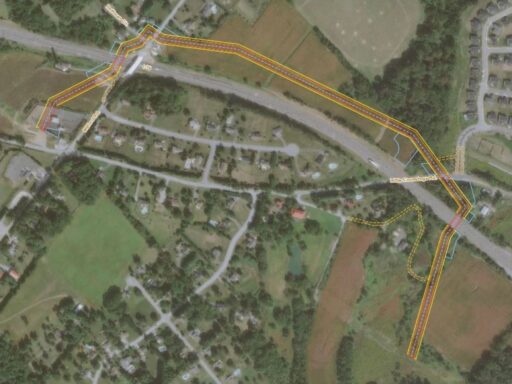 Sunoco Pipeline says a state-ordered one-mile detour of its Mariner East 2 pipeline, shown in this diagram, would add two years and $12 million to $19 million in costs to the project. The new route would take the pipeline under the Pennsylvania Turnpike two times, and encroach on the properties of five homes.

Rerouting around Marsh Creek State Park will take an extra two years and cost millions of dollars. ET pushed back and appealed the DEP order with the Environmental Hearing Board (EHB), a special court created to hear appeals of DEP decisions.

Last week, the EHB heard testimony from both sides. A DEP representative trash-talked ET and the ME2 project to the judge. He claimed, “we [the DEP] have taken the company’s word countless times over and over and over again, and it has come back to bite us on numerous occasions.”

ET says the state’s order to reroute around the Park is “arbitrary, capricious, and an abuse of its discretion.”

The judge asked both sides to submit briefs by Nov. 23, after which he’ll make a decision about whether or not ET must reroute ME2X around Marsh Creek State Park.

DEP’s crybaby routine doesn’t impress us. A year ago Sunoco asked the DEP for permission to change the way it installs pipeline through the Marsh Creek area–from underground horizontal directional drilling (HDD) to open trench. The DEP said no, making the agency culpable for the drilling mud accident that eventually happened. Now, to cover up its own botched decision, the DEP wants Sunoco to reroute at high expense and extra years. No thanks.

A Pennsylvania official said Friday that environmental regulators were fed up with Sunoco Pipeline LP’s “history of poor compliance” in the construction of its Mariner East project, which led to its dramatic decision last month to halt construction in Chester County where Sunoco’s work polluted a popular state park lake…

Rocco’s testimony came on the fourth day of hearings before Environmental Hearing Board Judge Bernard A. Labuskes Jr., who is considering Sunoco’s emergency request to override DEP’s order last month to abandon a half-mile route along its Mariner East 2 pipeline, which would transport natural gas liquids like propane, and to take a costly detour.

DEP ordered Sunoco to abandon its ongoing operation to horizontally drill the Mariner East 2 pipeline along Little Conestoga Road in Upper Uwchlan Township after about 8,000 gallons of drilling fluid leaked to the surface on Aug. 10 and polluted the lake at Marsh Creek State Park.

Sunoco Pipeline, a unit of Energy Transfer LP of Texas, called the state’s order “arbitrary, capricious, and an abuse of its discretion” and asked the hearing board to overturn the decision. Sunoco said the new route would cause more environmental harm, make it abandon $17 million of work, and add up to $19 million in costs. It would also delay completion by two years…

The spills — or “inadvertent returns” — of drilling fluid typically contain a mixture of bentonite clay and water..

Judge Labuskes, who has ruled on numerous disputes among Sunoco, state regulators, and activists during the Mariner East project, asked the parties to submit briefs by Nov. 23, after which he would make a decision.

Editor’s Note: The DEP supposed concern over bentonite is completely phony as the stuff is used to clean your wine and you can even eat the stuff.