Diseases Are Less A Problem Than Fake News and Junk Science

The Wuhan Corona virus has captured worldwide attention but is far less a problem than the fake news and junk science attending the diseases discussion.

Some 40,000 children slave away in Chinese-operated Democratic Republic of Congo (DRC) mines, digging out cobalt for cell phones, laptops, Teslas and Green New Deal technologies, the London-based Guardian has reported. They’re exposed constantly to toxic and radioactive mud, dust, water and air. Blood and respiratory diseases, birth defects, cancer, paralysis and death by suffocation are common. Other investigators have confirmed the horrors. But the human rights violations continue. 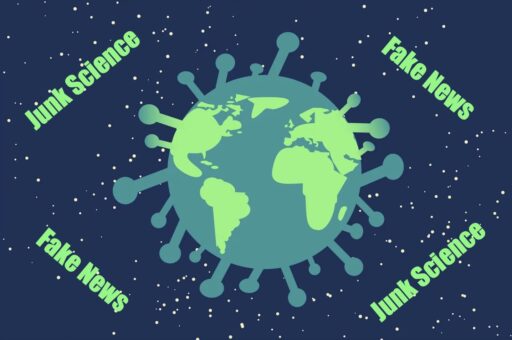 Unfortunately, other Guardian stories are a bizarre mix of fact, fake news, junk science, conjecture and nonsense. “Is our destruction of nature responsible for Covid-19?” a recent headline blared, adding “As habitat and biodiversity loss increase globally, the coronavirus outbreak may be just the beginning of mass pandemics.” The story blamed the destruction and virus on road building, mining and logging.

The article opens with the tragic story of an Ebola-traumatized village in Gabon, just west of the DRC, on Africa’s west coast. Villagers had gotten the disease from eating a wild chimpanzee. Many had died.

But what followed was eco-proselytizing right out of pagans, prophets and other ancient religious lore that attribute calamities to mankind’s sins against gods, God – or in this case Gaia. Some vague “number of researchers” in the new academic “discipline” of “planetary health” now “believe” it is “humanity’s destruction of biodiversity that creates the conditions for new viruses and diseases such as COVID-19.”

Humans “invade” wild landscapes where animals and plants live that harbor unknown viruses, says one supposed expert. “We disrupt ecosystems and shake viruses loose from their natural hosts,” he asserts.

“Research suggests” that outbreaks of diseases crossing over from animals to humans “are on the rise,” the article continues. While rabies and bubonic plague “crossed over centuries ago,” it’s getting much worse: Marburg, Mers, Nipah, SARS, Zika and West Nile, for example; the Asian flu and AIDS. These “zoonotic” diseases are “increasingly linked to environmental change and human behavior,” such as human population growth, urbanization and the “disruption of pristine forests,” says another “expert.”

It sounds plausible, especially for people with limited scientific, medical or analytical backgrounds. It definitely appeals to those who dislike mining, logging, roads and humanity. But it ignores history and reality, and relies on anti-technology ideologies that claim we are “sinning against our Earth Mother.”

Malaria, dengue, yellow fever and sleeping sickness are also mentioned. But what about cholera, polio (which I had as a child), smallpox, measles, multiple plagues in various cities and countries through the ages, and countless iterations of influenza? We still don’t know where they came from – and many mutate frequently, often defying our best efforts to eradicate them or find vaccines and cures, even today.

Many were carried to Europe or the Americas, Russia or other lands by sailing ships – to populations that lacked natural or built-up immunities, before we knew about bacteria and viruses, even how to make soap.

Today’s emergent diseases can travel far more rapidly and widely, thanks to trains, cars, ships and planes. With billions living today in crowded cities, rapid transmission of virulent or novel diseases is greatly facilitated, despite modern clinics, hospitals, vaccinations, medicines, antibiotic soaps and proper hygienic practices, especially when responses are slow and the World Health Organization (WHO) colludes with Chinese government officials to spread disinformation about an absence of human-to-human transmission.

Life-saving modern technologies, hospitals, labs, drugs and homes didn’t just happen. They are the product of mining, logging, roads, drilling, modern agriculture, communication and transportation, and especially fossil fuel and nuclear energy – which enable innovation to thrive, help keep Nature’s wrath and fury at safer distances, and helped extend average American life spans from 40 in 1800 to 47 in 1900 and 78 today. How and why this happened is an amazing saga. The story of penicillin is just as fascinating.

The Guardian has it completely backward. Utilizing Earth’s surface and subsurface bounties – God’s blessings – did not unleash COVID-19 and other viruses, bacteria and diseases. Doing so helped save us from pestilence and starvation that have ravaged humanity throughout history. It still does today.

Diseases will always be with us. They will evolve, mutate, cross over from animals to humans, and try to ravage us for as long as we inhabit this magnificent planet. Never forget: it was the fossil fuels that so many detest which enabled so much of humanity to escape the deprivation, starvation and disease that kept human, health and technological progress to barely measurable minimums until about 1800.

Imagine what would happen if abundant, reliable, affordable heat and electricity from fossil, nuclear and hydroelectric were replaced bylimited, intermittent, weather-dependent, expensive wind, solar and battery power. The impacts on our healthcare and living standards would be horrific. Try to picture life in African villages and cities, where electricity, clean water, sanitation and healthcare are still almost nonexistent.

Imagine what our planet would look like, if we had to replace relatively few fossil, nuclear and hydroelectric power plants with millions of wind turbines, billions of solar panels and billions of backup batteries, sprawling across hundreds of millions of acres. We would have to open or expand thousands of mines, to provide the metals and minerals required to manufacture all that pseudo-renewable energy.

Disruption of ecosystems and destruction of biodiversity would multiply by orders of magnitude. And switching to organic farming would at least double the acreage we’d have to cultivate to feed humanity.

The Guardian  article subtly but harshly criticizes hunting chimpanzees and other wild animals. But why do African villagers do that? It’s not rocket science. They are hungry! Living on the edge of survival.

And yet UN and EU agencies, eco-imperialist pressure groups, anti-development banks and fossil fuel divestment campaigners demand that Africans compound the misery of already living without electricity, clean water and healthcare – by turning their backs on modern seeds, fertilizers, pesticides and tractors.

Instead, Africans are supposed to survive on whatever meager crops they can harvest using agro-ecology (primitive subsistence farming) and whatever might survive droughts and locust plagues. They’re also supposed to be content with bed nets, avoid using insecticides to kill insects that carry diseases like malaria, dengue and sleeping sickness, and never use the long-lasting spatial insect repellant DDT, which keeps 80% of mosquitoes from entering a home with one spray on walls and doorways every six months.

The article next cites “disease ecologists,” supposed experts from another new “discipline,” who claim these diseases increasingly come from “wet markets” that have only recently “sprung up” to provide fresh meat for large urban populations. Wet markets have certainly been tied to the coronavirus. But they have been around for centuries, due to culture and tradition, as places to meet and gossip, as symbols of wealth, as reflections of the belief that their meat is more natural and healthy – and the reality that there is not enough farm-raised meat because agricultural practices in much of Asia and Africa are still antiquated.

In a final bit of absurdity, the author says the solutions to this modern crisis of disease outbreaks “start with education and awareness” – one must suppose like the junk science, fake news and half-baked ideas carelessly thrown about in his article. And then the newspaper weighs in, railing that under the Trump administration “anger and cruelty disfigure public discourse and lying is commonplace.” But with financial help from readers, The Guardian can “keep delivering quality journalism” – like this fable.

Nonsense like this – masquerading as journalism and science – does immense harm to energy policies, disease prevention, education for all ages, and the health and living standards that all humans deserve.

One has to wonder. If we can close restaurants and parks, and ban gatherings of more than ten people, can’t we quarantine nonsense about disease, mining, and wild ecosystems disrupted because we haven’t sufficiently adopted “clean, green, renewable, sustainable” wind, solar, battery and biofuel alternatives?

If we can’t quarantine nonsense, can’t our print and electronic media at least refrain from propagating it?