Energy Reliability Should Be What It’s About, But It’s New York, So…

[Editor’s Note: Roger demonstrates how New York, instead of focusing on energy reliability and affordability, has gone off the rails into never never land.]

Since mid-February the Power Generation Advisory Panel has been discussing “enabling” initiatives or strategy recommendations for the Climate Action Council.  Unfortunately, as I show in this post, there has been insufficient focus on affordability and reliability.  In this instance energy reliability necessarily has to incorporate feasibility because the zero-emissions energy production necessary to meet the Climate Leadership and Community Protection Act goal for a zero-emissions electric system by 2040 is unprecedented.

I have written extensively on implementation of the CLCPA closely because its implementation will affect energy reliability, affordability and I believe the environmental impacts will be significantly worse than doing nothing.  I have described the law in general, evaluated its feasibility, estimated costs, described supporting regulations, listed the scoping plan strategies, summarized some of the meetings and complained that its advocates constantly confuse weather and climate.  The opinions expressed in this post do not reflect the position of any of my previous employers or any other company I have been associated with, these comments are mine alone. 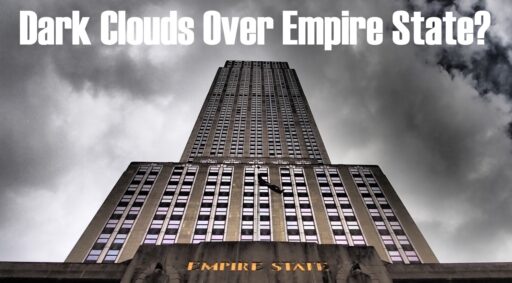 The CLCPA mandated an implementation plan that specified that the Climate Action Council would get recommendations from advisory panels for the development of the Scoping Plan that outlines how the CLCPA goals will be met.  The law specified that membership should represent individuals with direct involvement or expertise in matters to be addressed by the advisory panels.  The panels have been drafting enabling initiatives and discussing them in open meetings since the beginning of the year.

However, the law did not specify the topics that panels should address in the recommendations to the Council.  That is the first problem with this panel.  I believe that this is the most important panel because in order to meet the CLCPA targets electrification of everything is necessary.  The only way to electrify everything is to generate that power with zero-emissions.  Unfortunately, that is an enormous technical challenge and, frankly, most of the members of this panel don’t have the necessary direct involvement or expertise to appreciate the problem and I have seen little suggestion that some of the more vocal members have attempted to understand them.  As a result, the draft initiatives are disappointing.

The Power Generation Advisory Panel meetings since the middle of February have been discussing their draft initiatives.  The draft initiatives are discussed in the meeting materials and are available:

There is a standard format for the discussion presentation slides.  The first slide includes a description of the initiative with an estimate of cost and ease of implementation.  Risks and barriers to success as well as possible mitigating factors are also listed.  The second slide presents components of the initiative including the entity responsible for completion, schedule, and stakeholders that have to be included.  On the final slide, the anticipated benefits and impacts are presented.  Note, however, that the focus in the final slide is on justification of the initiative as its topics cover disadvantaged communities, health and co-benefits, and transitional effects on businesses, industries and workers.  In my opinion this focus is mis-placed because the slide does not specifically address affordability, energy reliability, and feasibility.

The CLCPA Power Generation Advisory Panel Enabling Strategy Initiatives Summary table lists 15 different initiatives for possible recommendations.  At the time of this writing ten of the initiatives have been discussed.  I assume that the remaining initiatives will be discussed at upcoming meetings.

As noted previously, I am disappointed with the initiative topics addressed by the panel.  Given that no jurisdiction anywhere has actually implemented a zero-emissions electricity generating system I believe that the emphasis of this advisory panel should be on initiatives that enable or implement zero-emissions generation and the necessary supporting infrastructure including transmission necessary to deliver the power generated when and where needed.  I have categorized the initiatives in the CLCPA Power Generation Advisory Panel Enabling Strategy Focus of the Initiatives Summary table.

Enabling generation initiatives should address the technological challenges for various aspects of the components needed to provide 100% zero-emissions electricity generation.   Note that at the last meeting two additional components were presented for the first initiative, Technology Solutions.  That means that five of the fifteen initiatives address this challenge. They include storage technologies, distributed generation, and advanced fuels.  The initiative with the most components was technology solutions.  I think it would have been appropriate to divvy that up into several specific initiatives rather than have so many components.

It is not enough to just have the generation technology available.  It has to be implemented.  For example, because the electrical generation market in New York is de-regulated, market mechanisms to provide the necessary resources have to be developed.  The other initiatives address siting, development concerns, and transmission delivery.

In my opinion the fundamental implementation criteria should be energy reliability and affordability.  Because each initiative did not explicitly address those factors, I agree that the Access and Affordability for All and the Reliability for the future grid initiatives should be included.

Those eleven initiatives, especially because the technology solutions initiative could easily be separated into other initiatives, are more than enough for this panel to tackle.  Unfortunately, a lack of focus on enabling technologies and implementation requirements by the advisory panel leadership allowed the panel to waste resources on four out of scope topics.  Workforce development is so important that there is a working group dedicated to it.

The only reason methane leakage was considered is that some members of the panel are fervently against natural gas use and want to eliminate the possibility of future use.  The other two topics, fossil fuel-fired electricity generation and electrification of buildings and transportation, have not been discussed.  In order to meet the CLCPA target fossil fuels cannot be used so the only issue is timing.  Timing should be contingent upon the availability of alternate technologies although I am not sure that is universally accepted by panel members.  There are advisory panels dedicated to both buildings and transportation so any time spent on that is duplicative and unnecessary.

The resources squandered on duplicative efforts are particularly galling because I believe that the feasibility of a zero-emissions electric system has not been adequately addressed.  I have noted previously that the lack of a comprehensive assessment of renewable resource availability for New York could be a problem. Until the availability of those resources are understood much better then we won’t know how much wind, solar and energy storage is needed for the worst case multi-day winter doldrum period.  Coupled with the fact that the current GHG emissions won’t be available until early next year, it is impossible for anyone to project what resources will be needed.  Until the Climate Action Council has that information to work with it is not possible to determine if the proposed strategies will prevent future reliability issues.

This overview of the generation advisory panel initiatives shows that it is not focused on affordability and energy reliability.  I should note that the initial discussion points did not even include reliability.  That was added but it still is treated more like an afterthought than a priority requirement.  I will follow up with another post on the reliability initiatives relative to the recent Texas energy debacle.

Unfortunately, that is not the only problem.  The initiatives also appear to me to be overly dependent upon technologies and/or fuels that ‐ at the scales that would be required ‐ are currently neither proven nor economic.  It is not clear from the discussions that all the panel members recognize those technical limitations.  The CLCPA law specified that panel membership should include individuals with direct involvement or expertise in matters to be addressed by the advisory panels but the Cuomo Administration chose members based more on who they knew than what they know.  The energy system of the state is too important to be left to idealogues who don’t understand the technology and physics of the electric system so I am really worried how this will play out.