Energy Statism: The Dead End That Never Seems to Die

Robert Bradley, Jr.
Founder and CEO of the Institute for Energy Research

How many times do we have to learn the lesson? Energy statism is a dead-end but new generations who refuse to look at history still keep promoting it.

Centralized planning of the energy sector, now at the forefront of political debate with the “Green New Deal,” has a century-old tradition in the United States. Too bad it doesn’t work. 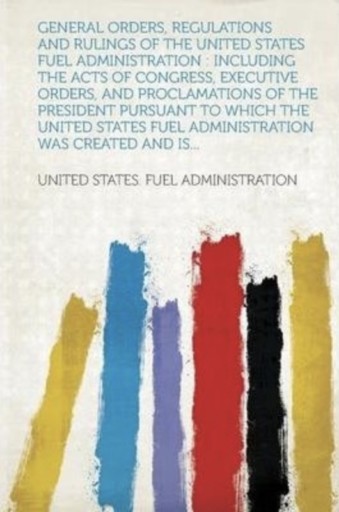 Hard to believe people want to buy this, but if you want a copy, simply click to order

USFA, PAW, PAD—suffice it to say that government regulation of prices, production, and consumption was no substitute for the freely functioning price system. Market pricing, not federal subsidies for stripper wells and synthetic fuel, was needed to incite oil supplies. Scarcity pricing, not coupon rationing, was needed to allocate demand to supply. But these lessons went unlearned when price and allocation controls on oil and natural gas in the 1970s caused debilitating shortages, institutionalized waste, and, eventually, price spikes.

And here we are in 2019 with Alexandria Ocasio-Cortez et al.’s House Resolution touting the “historic opportunity” for a “new national, social, industrial, and economic mobilization on a scale not seen since World War II and the New Deal.”

Actually, the Green New Deal brings to mind Jimmy Carter’s National Energy Plan, and particularly his “Malaise Speech” of July 1979 when gasoline lines gripped the nation. The Green New Deal’s Malthusianism, deep ecology, small-is-beautiful, and conservationism is a blast from the past—a failed past.

I will urge Congress to create an energy mobilization board which, like the War Production Board in World War II, will have the responsibility and authority to cut through the red tape, the delays, and the endless roadblocks to completing key energy projects. — Jimmy Carter

Whereas the House of Representatives recognizes that a new national, social, industrial, and economic mobilization on a scale not seen since World War II and the New Deal era is a historic opportunity… — Green New Deal

…I will soon submit legislation to Congress calling for the creation of this nation’s first solar bank, which will help us achieve the crucial goal of 20 percent of our energy coming from solar power by the year 2000. — Jimmy Carter

I’m proposing a bold conservation program to involve every state, county, and city and every average American in our energy battle. This effort will permit you to build conservation into your homes and your lives at a cost you can afford…

To further conserve energy, I’m proposing tonight an extra $10 billion over the next decade to strengthen our public transportation systems. And I’m asking you for your good and for your nation’s security to take no unnecessary trips, to use carpools or public transportation whenever you can, to park your car one extra day per week, to obey the speed limit, and to set your thermostats to save fuel. — Jimmy Carter

Our nation must be fair to the poorest among us, so we will increase aid to needy Americans to cope with rising energy prices. — Jimmy Carter

…prioritize high-quality job creation and economic, social, and environmental benefits in frontline and vulnerable communities, and deindustrialized communities, that may otherwise struggle with the transition away from greenhouse gas intensive industries. — Green New Deal

I will enforce fairness in our struggle, and I will ensure honesty. — Jimmy Carter

“[T]he solution of our energy crisis can also help us to conquer the crisis of the spirit in our country,” stated President Carter in the troubled summer of 1979. “It can rekindle our sense of unity, our confidence in the future, and give our nation and all of us individually a new sense of purpose.” Expect the same exhortations for a “green” reordering of society in the weeks and months ahead.

But the Green New Deal is old vinegar in new wine bottles. It is premised on a crisis that is speculative and distant (catastrophic man-made global warming). It is a pretense for centralized government planning that was rejected on its own merits by economists around the time of the fall of the Berlin Wall and the dissolution of the USSR.

The good news is that the Green New Deal has put the very notion of free markets versus central planning into bold relief. The spotlight has been turned on industrial wind turbines that grassroot environmentalists have turned against. Solar panels and electric vehicles are also on trial with their problems on display.

In the end, expect energy density and middle-of-the-road climate science to win out. And just maybe, the ill-conceived Green New Deal will have helped us get to these bottom lines sooner than otherwise for the better.

Editor’s Note: Some readers might be tempted to cite the TVA as an example of successful energy statism. The reality, though, is that the TVA merely pushed out private investment that was already bringing electricity to the areas that would be served by the TVA. It did so with money borrowed from taxpayers that completely distorted the market and did more harm than good in the end. Also, according to Harvard folks who have carefully examined the matter, “as a result of government spending in their states, companies actually retrenched by cutting payroll, R&D, and other expenses.”