Extinction Rebellion lunatics and their activities are funded by tax-exempt donations from three spoiled trust-funders and special interest groups.

The leaders of Extinction Rebellion—that global juggernaut that has become standard-bearer of the “Keep It in the Ground” movement almost overnight—are having an identity crisis.

They desperately want to tell the world that their true mission is “to bring down all the regimes in the world,” but they recognize that “that adopting a strong anti-capitalist stance would be movement suicide.” 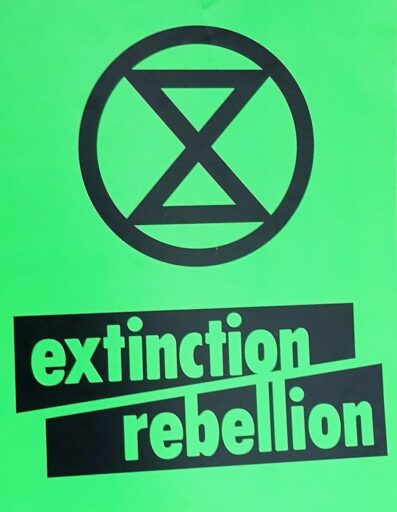 In an effort to placate the militant flank of the movement which is pressuring XR to more be more vocal about their anti-capitalist mission, XR co-founder Gail Bradbrook has embarked on a bit of an apology tour.

“We’re obviously about systemic change. I hope that’s obvious,” Bradbrook said in an interview with The Canary, a non-profit news website that “empowers people to change their worlds.”

“If you look at the ‘rising up’ documentation behind XR, we talk about the economy, and the political system,” she said. “But we’re trying to build a mass social movement so you’ve got to message in a way that’s going to work for other people. We were so determined not to look like a certain version of progressive left that is [anti-capitalist] … I think we went too far the other way to be honest.”

That’s quite an admission of deception from the co-founder of the movement that has captivated people around the globe who were told—and who believe—that XR’s mission is about addressing climate change.

But it falls in line with the thinking of Roger Hallam, XR’s “central architect” who, on a video posted just days ago, said it was fine to take money from “rich capitalists” because that money will be used to create the “mass mobilization needed to structurally change the global economy in the next 12 months.”

On October 7, thousands of activists will attempt to “peacefully shut down all roads” within the city centers of major metropolitan areas across Europe and the U.S. and maintain that shutdown “for as long as it takes,” ostensibly to “disrupt the government until our leaders agree to take emergency action” on climate change.

But Hallam and the other XR leaders have different plans: they want to topple governments.

“The practical implementation [of government collapse] happens by paralyzing major cities with masses of people,” Hallam admits in this video. “Disabling traffic for a sufficiently long period of time would result in food shortages. Once that happens the regime will fall.”

It’s unfortunate so many idealistic youngsters are being duped into serving as the ground troops for these cynical anarchists.

Editor’s Note: It turns out this dangerous nonsense is funded by a group of trust-funders and special interests with investments in renewable energy. You can read all about in this New York Times article. It reveals three individuals are involved; Rory Kennedy (brother of the detestable RFK, Jr.), Aileen Getty (granddaughter of the oil guy Jean Paul Getty) and a fellow by the name of Trevor Neilson. Nelson is the Co-Founder and CEO of an outfit named “i(x) investments” to get the attention of other shallow but wealthy trust-funders. We’re told the company is:

Presumably that means i(x) investments will gladly take your money to make you feel good as they invest it in rent-seeking from taxpayers. If you doubt me, try to find out Neilson made his money. He a grifter of sorts, an individual skilled at guilting money out of folks such as Aileen Getty and Rory Kennedy. The Extinction Rebellion is happy, though. Roger Hallam knows the game:

The grants have been welcome, said Roger Hallam, a co-founder of Extinction Rebellion, in a telephone interview from England. “My understanding is, unsurprisingly, some of the rich people are intelligent enough to do the basic maths and realize we’re heading toward extinction.” Climate change, he said, makes strong protest reasonable, even necessary.

The money comes with one important restriction, Mr. Neilson said. It can “only be used for legal activities.” The nonprofit organization worked the language into the paperwork on every grant agreement, and indemnifies the donors from the consequences of illegal actions.

“Our funding is primarily used for things like printing signs, printing newsletters, bullhorns, hiring organizers, digital media and other items that are essential to peaceful, legal protest, Mr. Neilson said.”

And what if a group uses the money for something illegal? “I imagine we would not provide them funding again,” he said.

Mr. Neilson, who is an entrepreneur and investor, said that the money donated to Extinction Rebellion was not directed to individual actions, but more often goes to operating expenses. When he attended the climate strike last Friday in Los Angeles with his 3-year-old son, he said, “I saw the bullhorns that my funding provided to XR four months ago.”

Mr. Hallam seemed to find these distinctions a bit fussy. The money the group raises doesn’t precisely go to someone to break the law, he said, but “it goes without saying that Extinction Rebellion is involved in civil disobedience, and civil disobedience involves breaking the law.” But, he said, the group draws the line at destructive and violent acts.

The scale of the problem, he said, makes rebellion necessary. “Sometimes it’s common sense that you have to cause harm to prevent a greater harm.”

I must confess, there’s a part of me that thoroughly enjoys watching Roger Hallam take advantage of these people but…