Fair Shake Environmental Legal Services is a Heinz shill, just like StateImpactPA, the Clean Air Council, the Povertykeeper and whoever else money will buy.

Nobody, but nobody, has their ear closer to the ground of what’s happening in the world of natural gas here in the Northeast than our friend Jim Will at Marcellus Drilling News. Yesterday, he picked up on the decision of Protect PT to appeal the big defeat this fractivist outfit just endured at the Commonwealth Court when the latter found Tony Ingraffea was a toothless tiger. Protect Pt is clearly just a front. How else would a local environmental group get the resources to appeal to the Pennsylvania Supreme Court? The proof is that the appeal was filed by Fair Shake Environmental Legal Services, yet another Heinz shill. 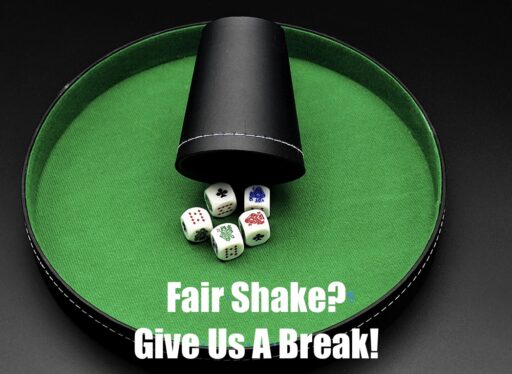 You can read the appeal here. It’s garbage, although there’s no predicting how this highly political Pennsylvania Supreme Court will act. Think I’m exaggerating? Well, check out this horrible no good sentence that sets the foundation for the whole thing:

Does the Commonwealth Court’s treatment of whether fracking is a heavy industrial activity with negative impacts on nearby land as an open evidentiary matter in every case conflict with this Honorable Court’s prior indications that it is and promote arbitrary, Balkanized determinations of the question from political subdivision to political subdivision, creating a proliferation of litigation and legal uncertainty, an issue of such substantial public importance as to warrant this Honorable Court’s prompt and definitive resolution?

This amounts to 76 words assembled into one impenetrable thought. It’s bad even by the standards of poor lawyers. It’s so bad, in fact, it fails even as to its purpose, which is to obfuscate. Anyone reading it is immediately aware they’ve encountered the proverbial shovelful of manure thrown against the wall. There can be no doubt. This is a political maneuver financed by some entity determined to use it as propaganda and for which money is no object. Such is Fair Shake Environmental Legal Services, which is Heinz and Haas shill just like StateImpactPA, the Clean Air Council, the Delaware Riverkeeper, PennFuture and so many others.

The Heinz Endowments, in fact, has given Fair Shake Environmental Legal Services some $1,345,000 since 2013. Here are the grants:

Is this all? Perhaps not. Heinz has also given 13 full pages of grants to the Pittsburgh Foundation, which is also listed by Fair Shake as one of their funders. How much Fair Shake has received in total from the latter would require some more research but we do know the Foundation gave it $97,290 in 2017.

The Heinz Endowments typical partner in this buying of political influence through funding of legal challenges is, of course, the William Penn Foundation, founded from the Haas family chemical fortune. It gave Fair Shake $175,000 in 2019, filling in for Heinz this year. Coordination, anyone? Echo chamber? Yes and yes!

And, then there is the Colcom Foundation, which is not only anti-development, but also believes, in an age of plummeting school enrollments, that human beings are a pox on the earth and wants to ensure we don’t have too many poor ones. It gave Fair Shake $25,000 last year and Patagonia, ever seeking to burnish its green credentials for purposes of marketing over-priced trendy jackets and hats, pitched in with another $25,000 — all tax-exempt, of course. Yes, you can buy both political influence and free advertising tax-free! What a country!

But, what’s fair about that? Absolutely nothing. Fair shake is, like some many such causes is named to present an image the exact opposite of what is really happening. It’s another fake, phony, fraudulent enterprise advancing the special interests of an effete bunch of spoiled snobs from the gentry class. They aim to squash any economic opportunities ordinary people might pursue, in favor of making wildernesses for their own enjoyment.