Gas Fired Generation Is Building Its Lead Over Solar and Wind

[Editor’s Note: Solar and wind get a lot of attention but its gas fired generation that is producing more and more of our electricity in this country.]

The subsidies that never die — for wind and solar power — are back. With Christmas coming on the Lame Duck Congress elected to throw untold additional billions at renewables.

What is amusing is that gas fired power generation, a fossil fuel with no subsidy, is still growing faster than wind and solar. Far from taking over, wind and solar are actually losing ground to fossil fuels in the American power capacity mix. 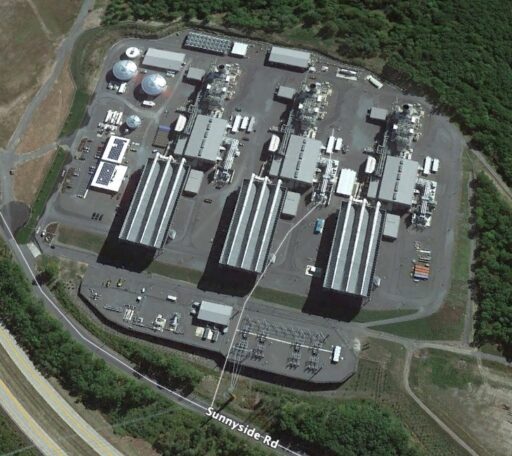 The last year we have comprehensive construction data for is 2018, from the U.S. Energy Information Administration. This was a good year to use because there was a bit of a race on to build renewables before the subsidies stopped, which they were then scheduled to do. (Unfortunately, due to the Lame Ducks this is no longer true.)

First, we will look at the basic numbers, followed by some interesting factors. We are talking about what is called electric power generating capacity, which is measured in megawatts or MW for short. This is the ability to generate a million watts of juice. A large power plant may run around 600 MW.

So right away we built more gas, at 19,000 MW than the 16,000 MW of renewables. Thus wind and solar’s fraction of America’s generating capacity actually went down, not up. Renewables lost ground.

But this is just the tip of the difference. These numbers are just what the generators can produce under ideal conditions, which is called “nameplate capacity”.

For solar these ideal conditions are basically a clear sky, with the sun overhead and no snow or dirt, etc., on the collector. For wind they are typically a sustained air flow exceeding 30 miles per hour or so. Note that these crucial conditions do not occur all that often.

This is why wind and solar are called “intermittent”, because they frequently produce far less power than their nameplate capacity; often they produce none at all. In contrast, gas fired power runs most of the time, although it does need a certain amount of downtime for maintenance.

The difference between actual power generation and nameplate is called the “capacity factor” or CF for the generator. The typical capacity factors for different generating technologies are pretty well known, although they can vary from machine to machine.

To be generous to renewables, let’s say that solar has a CF of 15% and wind 40%. (The standard numbers are lower.) Gas easily has 80%. Applying these factors to our construction numbers gives the following actual generating capacities:

So, our new gas capacity is around 15,200 MW while new renewables are just 4,650 MW, which is 31% or less than a third as much actual generating capacity.

Put another way, America increased its fossil fuel generating capacity by three times as much as it did for renewables. Clearly renewables are falling behind fossil fuels, and by a lot.

Nor is 2018 unique. Looking at the six years 2013 thru 2018, in every case the actual generating capacity (including CF) added for gas fired generation has exceeded that for wind plus solar. Renewables never gain ground over fossil fueled power, they always lose it.

Then there are grid scale battery systems, which are supposed to someday provide our juice when the intermittent renewables do not do so. Total capacity added in 2018 was around 200 MW, or basically nothing. Same for the prior years.

At this point batteries are just a specialized tiny contrivance used to maintain grid stability. Ironically this need has arisen because of the unpredictably erratic nature of wind and solar generation. As actual power supply systems, batteries do not yet exist, and may never exist because they are very expensive.

America is not moving toward wind and solar for power generation; we are actually moving away from renewables. You would never know this listening to the press and the politicians.