Hard Facts 2019 is the latest compendium of energy facts and statistics put out by the Institute of Energy Research and it is packed full of data you need.

Energy has been the driving force behind the massive improvements in human living standards that began nearly 200 years ago. Affordable, reliable energy is the foundation of a free and prosperous society because it is essential to everything that makes progress and opportunity possible. 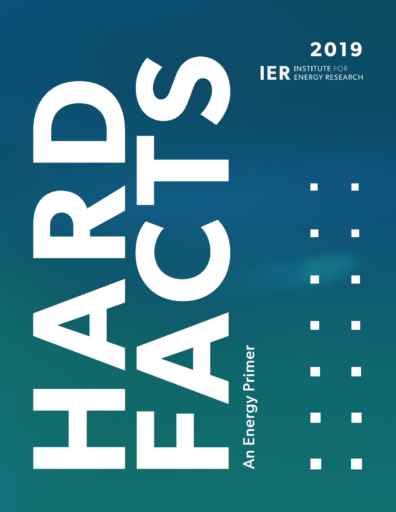 Hard Facts is a comprehensive energy primer that provides an essential foundation for a more informed discussion about American energy policy.

Americans must recognize that the United States has access to an abundance of energy resources that can continue to provide its citizens and allies around the world with reliable and affordable energy provided our policy framework emphasizes the institutions of a free society: private property, competitive market exchange, and the rule of law.

Editor’s Note: There is so much to know that Hard Facts 2019 provides. Consider this, for example:

In 2018, there was tremendous growth in natural gas production across the U.S. The Appalachian region remained the largest producer of natural gas, as the Marcellus and Utica/Point Pleasant formations in Ohio, West Virginia, and Pennsylvania continued to increase their production. Together, they produced 28.5 billion cubic of feet of natural gas per day.According to the U.S. Energy Information Administration, Texas was the single state with the largest increase in volumetric withdrawals of natural gas, producing 2.2 billion cubic feet per day more than in 2017. Most of this increase can be attributed to development in the Permian Basin and Haynesville Shale formation, which increased production 32 and 34 percent in natural gas production respectively.38 Ohio was the state that saw the highest percentage increase in gross withdrawals of natural gas (34 percent) in 2018, averaging 6.5 billion cubic feet per day in 2018.

Natural gas consumption reached a record high of 82.1 billion cubic feet per day in 2018. Consumption in the electric power sector grew by 15 percent to 29.1 billion cubic feet per day as more natural gas-fired power plants came online throughout the year and existing natural gas power plants were used more often.In 2018, consumption in the residential, commercial, and industrial sectors also grew, by 13 percent, 10 percent, and 6 percent respectively as compared to 2017 levels.

Another major development in natural gas in 2018 was the increase in LNG exports. The U.S. began exporting LNG from the lower 48 states in February of 2016 with the opening of the Sabine Pass Liquefaction Terminal in Louisiana.Since then, the Sabine Pass facility has added four more liquefaction trains. In 2018, two other LNG export terminals also came online; the Cove Point facility in Maryland and the Corpus Christi facility in Texas both became operational late last year.The EIA projects that U.S. LNG export capacity will reach 8.9 billion cubic feet per day by the end of 2019, making the United States the third largest exporter of LNG in the world.The growth in U.S. LNG exports since 2016 is documented in the chart [below]. 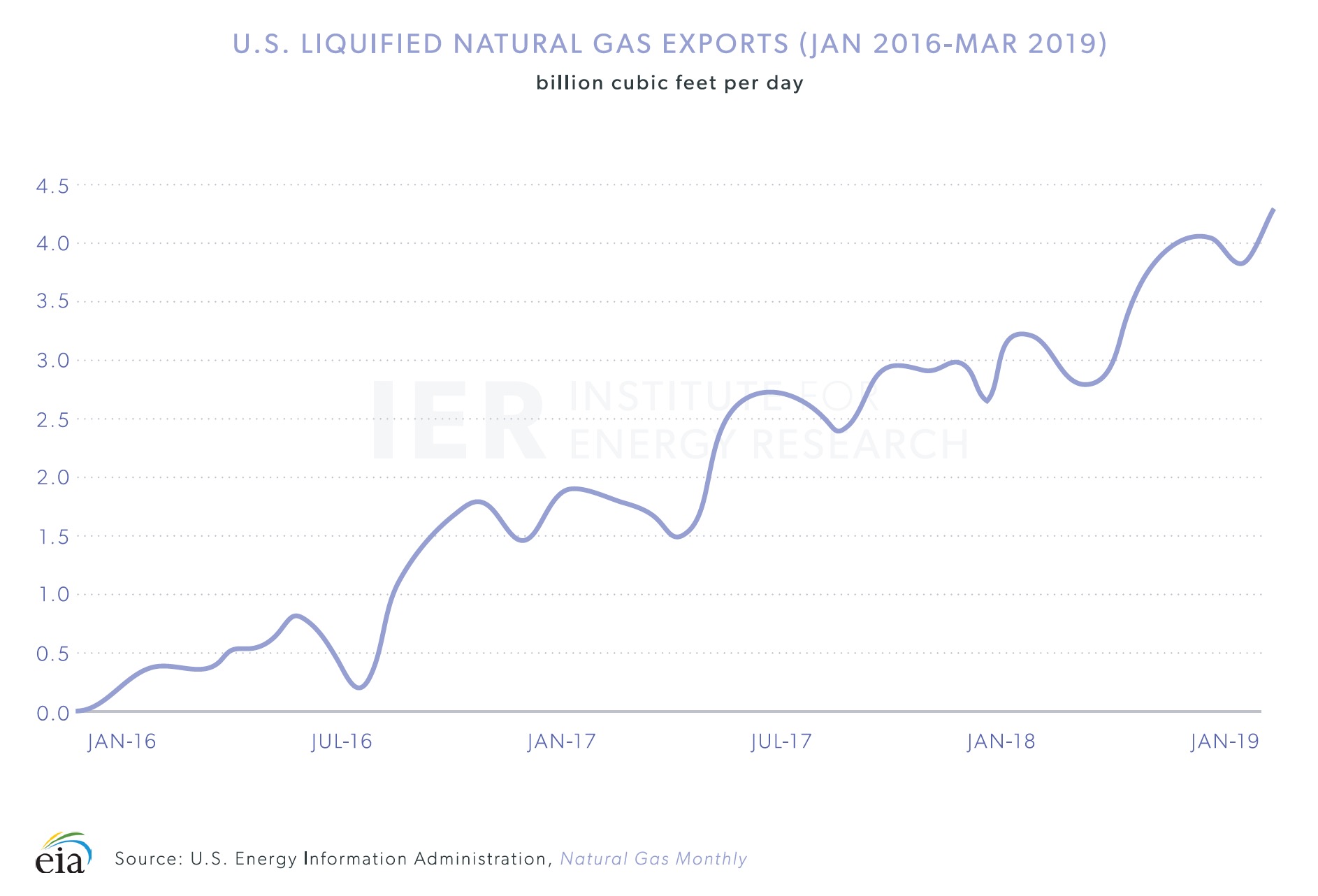 That’s just a sampler. Check out the whole thing!