Hunters Sharing the Harvest Breaks Its Own Record!

Hunters Sharing the Harvest is a terrific program supported by the gas industry and had a fantastic record-breaking year this past hunting season.

If you’re not yet familiar, Hunters Sharing the Harvest is a program dedicated to feeding families in need through venison donations. Last year, their goal was to channel about 100,000 pounds of their meat into the food banks that help those in need. In their 2019-20 campaign, Hunters Sharing the Harvest brought in more than 155,000 pounds of meat, shattering previous records. 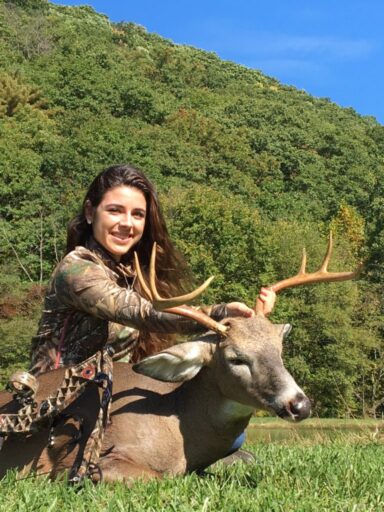 “We have beaten all records since 1991,” said Jonathan Plowman, executive director of Hunters Sharing the Harvest  since its inception that year of this year’s success.

The program is administered by the Neighborhood Assistance Program (NAP) and the Weinberg Food Bank. Meat donated by hunters goes through approved deer processors, food banks, and other charitable organizations to combat food security issues faced by more than 1.5 million Pennsylvanians.

Hunters Sharing the Harvest estimates that an average size deer can provide 200 meals-worth of high protein, low fat, ground meat. The venison reaches both rural and urban consumers who, Plowman related, “can’t get enough of it.”

Last year, Cabot donated $5,000 to HSH, which helps cover the costs of processing the deer and getting the meat to where it is most needed. Plowman had a chance encounter with George Stark in a meeting and was impressed by his interest in the program. “He immediately recognized the value of this program and what it could be,” Plowman noted, “and they extended awareness of the need to employees who have become individual donors. Cabot has a strong consciousness for helping people.”

The same is true, Plowman said of other corporations, but partnerships with those in the gas industry have allowed waiving of the $15 fee passed on to hunters up to 2014, which has exponentially increased the donations.

“They’ve helped us grow this program to what it is,” said Plowman. The program is fully contained within Pennsylvania, but it serves as a model for other states. Plowman has worked with neighboring states and some as far away as Iowa and Florida to help them establish similar programs.

“The hunter has to have confidence that the deer that he worked hard to get is going to go where he wants it to go,” Plowman explained. When a hunter brings his field-dressed deer into the butcher shop, the accountability begins when he or she fills out a donation form, copies of which go to the hunter, the butcher and Hunters Sharing the Harvest.

You can learn more about Hunters Sharing the Harvest on their website, where you will also find all of the information a hunter or potential donor needs to get started as well as list of corporate partners and other contact information. 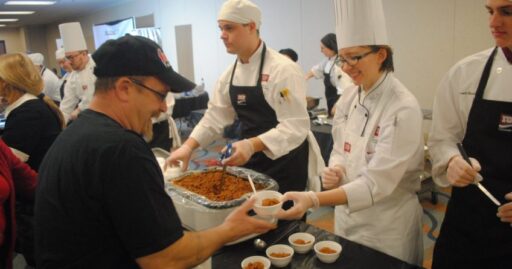