If Windmills Are Clean and Green, Why Are They Blowing Up A Storm?

Andrew Cuomo’s push for more windmills Upstate is blowing up a storm of controversy as locals say they don’t want them and are fighting back, town by town.

Politics don’t start with the President and work their way down to us. No, real politics start at the town level. When you realize your vote locally is more important than nationally, you’re on your way to preserving and protecting yourself from extremists who seek to gain office to push their personal agendas. And, by the way, politics is where the crap actually flows upstream, especially when it comes to windmills. 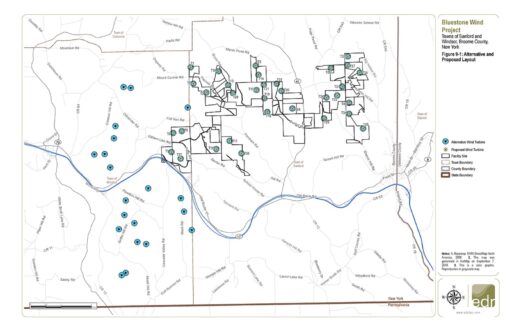 Let’s look at Guilford and New Berlin, New York and the Windsor/Deposit/Sanford area, for example, where several town boards are all being subjected to windmill propositions. The Town of Sanford just put a moratorium on industrial wind energy facilities. to take community input, a responsible approach and one that will allow elected officials to serve the people’s interests.

Then, we have New Berlin and Guilford, where town board members sought office on green energy platforms and their only qualifications were that they were opposed to natural gas and had traveled the state promoting bans in favor of supposedly clean and green energy. These two towns are perfect examples of why you must vote. Energy matters — and it matters a lot. If you allow fanatics to take over you surrender your community to a future of noisy, bird-killing, view obstructing, towering industrial facilities that will be with you for at least a generation..

Imagine your neighbor, who has several friends on your town board, puts up an illegal 15 feet high wall obstructing the view from your window. You go to the board and appeal to them to cite the neighbor for a zoning violation and have the wall removed only to find you “can’t fight city hall.” You are exasperated and start canvassing people in the town with a view toward finding someone to replace the bums.

Too often, however, you will learn most of the people on town boards get elected simply because not many people vote for town offices. Perhaps out of apathy stems from a belief their town boards have no power over state or even federal laws. Well, that’s not true. Home rule is real in New York, as green zealots taught us during debaters over natural gas.

The fact is many small town board members are elected by very few voters because of low voter turnout. Often elections are decided by family members and friends of candidates due to this low turnout. Town boards have lots of power. Not voting in local elections often gives too much power over residents to special interest types who have taken it upon themselves to decide what is best for the rest of us.

Let me use New Berlin and Guilford again for an example. If you drive on Routes 23, 32 and 34, you will see hundreds of signs where the residents are taking a stand against the proposed windmills the town board decided to shove down their throats. I’ve been to meetings where opposition against the wind farms has been much greater than the support. Yet, the town boards are acting against the majority of people who do not want these industrial wind facilities. This is simply because low voter turnouts gave the elected anti-gas zealots power over them. And the latter are determined to use that power come hell or high-water.

This doesn’t add up to clean or green in my book, but because many don’t vote in town elections a few decide for the rest of us what direction our community will go. If our town board members have a fixed agenda…facts don’t matter. 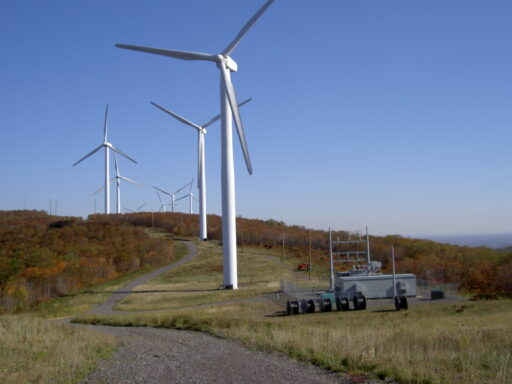 Be a responsible citizen and research the people you’re voting for. Whether it’s wanting a stop sign at a dangerous intersections, or something you personally rely on like energy, ask them by phone or in person their thoughts and vote yours. It’s essential. Energy matters and so does your vote!