The Transco Pipeline, which connects New York City to natural gas sources, experienced its heaviest use ever in January, proving the City needs pipelines.

Nothing more is needed to understand New York City dependence on natural gas from sources between here and the Gulf than the latest news from Williams, the owner of the Transco Pipeline. We’re talking record deliveries due to the recent polar vortex. The critical nature of the Northeast Supply Enhancement project to keep the New York City metro area warm became so obvious even the Geico Caveman could see it, notwithstanding the opposition of Food & Water Watch and other gentry class shills for the anti-gas project. 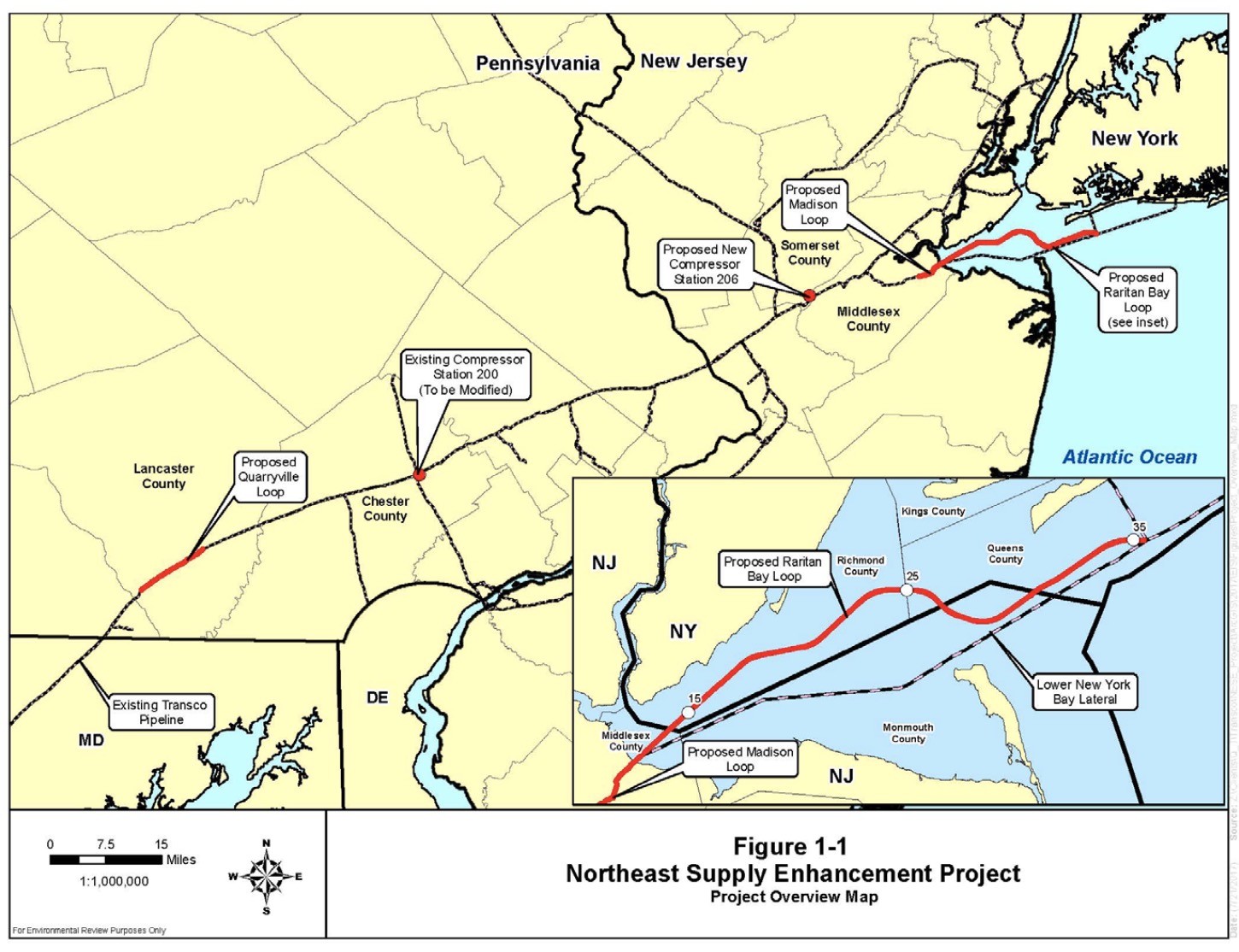 “The recent frigid conditions across the country are an important reminder of the vital role transmission pipelines play in delivering the natural gas necessary to keep millions of Americans safe and secure, especially during winter periods of peak demand,” said Alan Armstrong, president and chief executive officer of Williams. “The incremental capacity from the fully-contracted Transco expansion projects placed into service in 2018 and early 2019 reflects an increase of about 16 percent in Transco’s design capacity – which has helped position us to meet the growing demand needs of our customers.”

Putting all this in perspective is some language from the recently released FERC Final Environmental Impact Statement for the Northeast Supply Enhancement Project:

In addition, the State of New York’s 2015 New York State Energy Plan outlines measures to increase the state’s use of renewable energy, increase energy efficiency of homes and buildings, and modernize the existing energy infrastructure…

The Project would align with the state and local goals outlined above primarily by improving air quality and offsetting the use of more carbon-intensive fossil fuels by supporting the continued conversion of building heating systems from fuel oil to natural gas in New York City.

Burning natural gas produces about 80 percent less particulate matter and lower emissions of other contaminants than burning no. 4 fuel oil (NYCDEP, 2012). As of 2012, New Yorkers continued to burn more than 1 billion gallons of heating oil annually, contributing to approximately 14 percent of all fine particulate matter emitted in New York City (NYCDEP, 2012). The use of no. 6 fuel oil as a primary heating fuel was largely phased out by 2015, and the use of no. 4 fuel oil is still scheduled to be largely phased out by 2030.

So, there you go. If you’re truly serious about reducing emissions, improving health and staying warm in New York City, then acknowledging dependence on natural gas, and recognizing growth in use of natural gas is the means to make further progress, is an unavoidable necessity. The Northeast Supply Enhancement Project is likewise a necessity, which brings me to a final point. Why in the world isn’t this project given a name consistent with its importance? I would have called it the “Transformation Project” because that’s what it will enable; the transformation of the New York City energy supply to one of lower emissions and improved health while staying warm.