Illinois Landowners Could Offer DRBC A Lesson on Regulatory Takings

Illinois landowners have gotten some attention with their Petition to the Supreme Court for Certiorari and the DRBC should be worried.

The DRBC has spent a decade frustrating the efforts of landowners in the basin to develop their natural gas resources. It has done so with an illegal moratorium the agencies disingenuous leadership has refused to even admit. There is a lawsuit making its way through the Federal courts to halt this corruption by challenging its authority to regulate. There is also a lawsuit brought by state and local officials to challenge the DRBC on what would be regulatory taking if the DRBC bans fracking. And, there is the distinct possibility the agency will enact such a ban this week. But, what about the decade of delay that has cost landowners a fortune? Well, Illinois landowners have just gotten the attention of the U.S. Supreme Court with that very question. 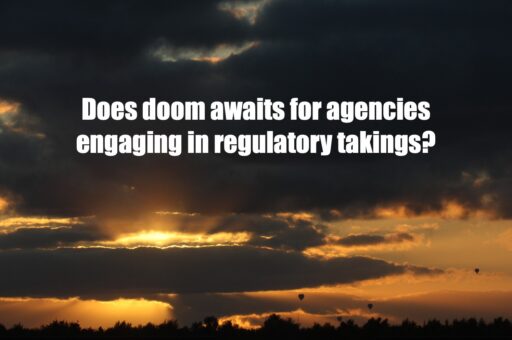 The biggest problem with any lawsuit that can only, in the end, truly be decided by the U.S. Supreme Court, is getting its attention. The challenge is securing what is known as certiorari; that is to say qualification to be heard. Cases are generally already old by the time they get there and have often endured multiple losses by that time. The Supremes don’t waste their time either and look for reasons to reject cases. That’s why anytime the Court shows interest in a case by asking for more information or a response from the other side, that’s considered a big step up toward securing certiorari. That’s also why the news today that the court has asked the Illinois Attorney General to respond to a petition for certiorari by Illinois landowners is, potentially, a very big deal, especially for DRBC landowners.

I wrote about this matter over six years ago:

While those regulations have seemed very close in the last couple of years they still haven’t happened. Wayne County, Illinois landowners are to quote the famous movie “mad as hell and aren’t going to take it anymore. They’ve sued the State of Illinois to reclaim their mineral rights.

Why are they angry? The same reason Upstate New York, New Brunswick and my own Wayne County, Pennsylvania neighbors are angry; they’re rural, their economies are in the tank and the politicians who govern them from afar couldn’t care less because they have neither the bullhorn nor the votes of the urban fractivists who would deny them their rights for the sake of ideology. They do have the ability to sue, though, to get attention and they’re doing it. A lawsuit was filed in Wayne County, Illinois court last week by Attorney Rod Taylor of Indianapolis who grew up in Southern Illinois, on behalf of several landowners. You can read it here.

Well, several court appearances later a petition for certiorari is before the big court and the men and women in black have taken a look at that petition and asked for a response from the previously uninterested the Illinois Attorney General who presumably supposed the petition was going nowhere:

Although your office has waived the right to file a response to the petition for a writ of certiorari in the above case, the Court nevertheless has directed this office to request that a response be filed.

Your response, together with proofs of service and of compliance with relevant word or page limits, should be filed on or before March 22, 2021.

If you have a case before the Supremes, this is as good a word as you’re going to get short of them saying “come on in.” It means the Court is taking your case very seriously, at a minimum. That they should take it seriously is beyond question. The case presents a unique opportunity to address the issue of regulatory takings without getting into the issue of whether landowners—Illinois landowners in this instance—have lost all value in their property due to the actions (or inaction) of regulators.

This is because the appellant in this case is not the Illinois landowners per se but, rather, a company called Next Energy, LLC, which acquired leases to explore and develop the shale on their property. Next Energy owns nothing but the oil and gas rights and, therefore, if Illinois won’t let it develop those resources it has totally absconded with the value of thee property making it an undeniable regulatory taking.

Here’s the background from the introduction section of the appeal (citations deleted and emphasis added):

In 1938, the Pennsylvania Coal Company asserted the Commonwealth of Pennsylvania promulgated regulations rendering its coal mines worthless. Next makes a similar claim here, but as to oil leases. Justice Oliver Wendall Holmes Jr. wrote for the Court and held when regulations go so far to deny the use of property, those regulations amount to a taking in violation of Amendment V of the Constitution. Those same considerations apply in this case.

In 2011, Next began acquiring lease blocks in Illinois with five-year primary terms to produce and sell oil from shale formations and intended to use the horizontal hydraulic fracturing process to recover the oil. That process is the only economical method of oil recovery for the shale formations. Next commenced leasing subsurface mineral rights containing shale oil when horizontal hydraulic fracturing was allowed by Illinois.

These leasehold interests are taxed and can be conveyed, owned, attached, foreclosed upon, and transferred separately from the surface of the land. A lien on one does not encumber the other.

After Next acquired its lease blocks, but before it could apply for drilling permits, Illinois Department of Natural Resources instituted a moratorium of indeterminate length, beginning in mid-2012. This moratorium was unauthorized by the legislature, and effectively prohibited the entire use of Next’s leases. Illinois neither published nor announced the existence or duration of the moratorium, nor did it ever supply a reason for this moratorium. Without the ability to apply for a permit, Next’s leases were rendered worthless, as the leases could not be used for any purpose, assigned, or sold.

Sound familiar? It should. It is almost precisely the history of the DRBC with respect to natural gas development. It is one of obfuscation, delay and deliberate frustration out of fear of opposition from environmental extremists with the law thrown to the wind as if the lives and rights of landowners were of zero consequence. Except that, in this case, the stand-in for Illinois landowners is Next Energy, LLC, a company whose property secured in good faith was stolen. The essence of the issue is summarized in the “Question Presented” (the most critical part of any U.S. Supreme Court appeal):

The question presented is whether an unauthorized moratorium on permits needed by Next to drill its wells, together with the time required for onerous regulations and procedures which exceeded the term of Next’s leases, effects a categorical regulatory taking of those leases under the Fifth Amendment.

Is there any more concise statement of what the DRBC has done? I don’t think so and the DRBC members ought to choose carefully on Thursday when they bring up their proposed ban again after burying it for three years. What’s happening at the Supreme Court could well give new impetus to the lawsuit brought by Senators Lisa Baker, Gene Yaw, Damascus Township and Wayne County. If there’s any justice to be had from the court it could spell doom for the DRBC and their unconscionable corrupt behavior toward landowners.