Is Wind Power, Having Inflated Electric Prices, Done in Germany?

Wind power has successfully exploded electricity prices in Germany, turned its neighbors into enemies and cost a fortune. Has it, at last, run its course? 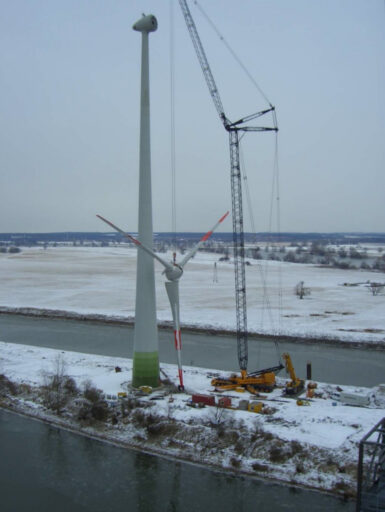 Wind power is also well below what Germany needs to meet its target of 65 percent renewable electricity by 2030 as part of its energy transition, Energiewende. Germany gets 40 percent of its electricity from renewables today. The European Union is counting on Germany to attain its target so that it can meet its own 32 percent renewable energy target. Furthermore, offshore wind cannot fill the gap, as Germany is scheduled to build less than 15 percent of what is required—about 730 megawatts per year of offshore wind through to 2030.

Local residents protested in many state parliaments that wind farms needed to be a minimum distance from residential developments once people began to see the scale of industrial wind development. As a result, the licensing authorities have been acting much more cautiously. Permitting has gotten much slower, more complex and under-staffed in terms of processing wind applications.

Only 400 megawatts of new wind farm permits were awarded in the first quarter of 2019, well below historic levels. The German permitting process used to take 10 months and now takes over two years for a new project to proceed through the civil service infrastructure. About 11,000 megawatts of wind energy capacity are currently in the permit backlog.

According to Wind Europe, Germany’s public authorities are not applying deadlines and many wind farm projects are getting stuck in legal disputes, with at least 750 megawatts of onshore wind projects currently in legal proceedings. Over 70 percent of the legal objections are based on species conservation, especially the threat to endangered bird species and bats, a growing concern around the world. Besides species protection, 17 percent of legal cases deal with noise protection. Another 6 percent of lawsuits deal with monument protection.

The German government also forced the wind power industry to cut costs, introducing a market-based tendering model. The economic and legal risks have made investors leery about investing in wind projects without the massive government-mandated subsidies that the wind industry enjoyed.

Since the federal government also removed some privileges they had provided for community wind farms, there are no longer enough participants for the public auctions. Of over 1,350 megawatts of wind power projects tendered this year, only 746 megawatts were slated for a project. At least three German onshore wind auctions were significantly undersubscribed.

Also, in technology-neutral or combined auctions, onshore wind is continually outperformed. Recently, the country’s solar industry was awarded 210-megawatts of a 200-megawatt auction which was heavily oversubscribed with 719.5 megawatts of solar projects bidding for contracts.

In order to meet its 2030 target of 65 percent renewables, Germany needs to build 5 gigawatts of wind power each year. In the first quarter of 2019, no turbine orders were recorded. To fix this, proponents indicate that Germany needs to look at alternative site locations such as industrial sites similar to what the Dutch are doing or motorway sites similar to what France and Belgium are doing.

In 2021, thousands of wind turbines are expected to come to the end of their 20-year subsidy period as defined by Germany’s Renewable Energy Act. The wind industry is afraid that more wind turbines will be demolished than new ones will be built. Alternatives would be to repower these early wind farms or replace their turbines with modern ones that would double the capacity using one third fewer turbines.

Military concerns and FM radio beacons are also contributing to the lack of wind turbine orders. About 4,790 megawatts of wind power are blocked due to these concerns, of which 2,370 megawatts are blocked due to distance issues. Wind power projects are required to keep a distance of 10 to 15 kilometers away from stations that are used for navigation in aviation.

The Germans are finding out that there are many issues with wind farms that include noise pollution, wildlife and monument protection, military and radio conflicts, and NIMBY—not in my back yard—issues. These are on top of the economic fact that their current system is built upon government subsidies and mandates about which the public seems to be growing weary. German residential consumers pay about three times what U.S. residential consumers do for electricity.

These issues are also concerns in the United States, but the governments here have not changed the economic model and wind farms are still being built due to state mandates, state and federal subsidies, and wholesale pricing practices. If these were to go away or be less lucrative for wind power, wind auctions would be undersubscribed in the United States as Germany is seeing this year.

Editor’s Note: There is also this to consider, of course: